Cordova father furious about USPS shipping delays & wants to know where packages are that he sent son in U.S. Navy

As of Wednesday, two USPS Priority Mail items sent 55 & 26 days ago, respectively, are in limbo to Norfolk, VA for final destination on aircraft carrier. 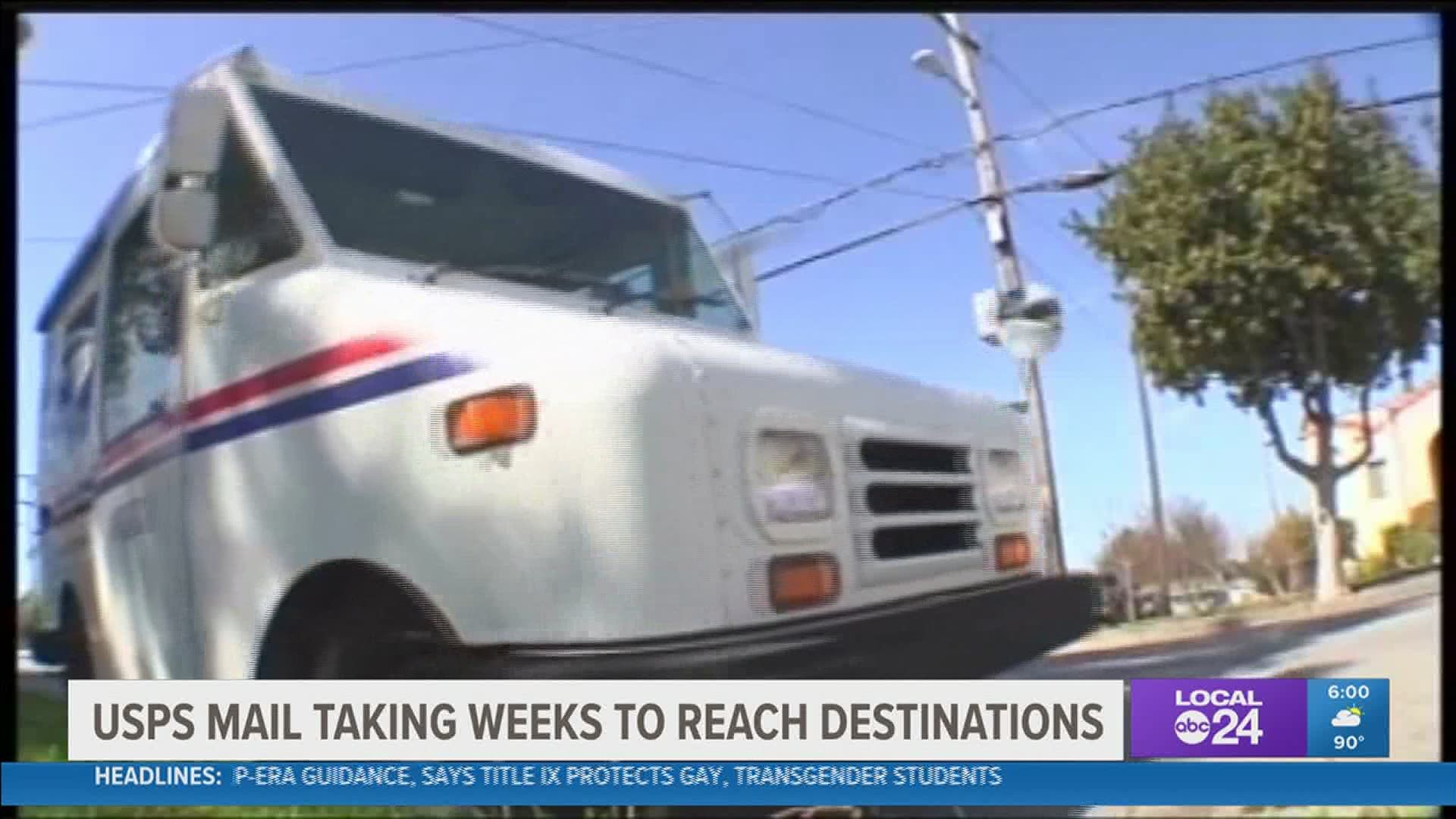 MEMPHIS, Tennessee — "It's a terrible shame to treat service people this way and there's no excuse for it," Mark Coffill of Cordova said.

Coffill is the proud father of Matthew, who is in the U.S. Navy, stationed in Virginia and serving on the U.S.S. Eisenhower aircraft carrier since February.

"You've got men and women sitting on a ship in the middle of the ocean that are looking for something from home. They've got nothing else out there," Coffill said.

He also has nothing to show for two pieces of U.S. Postal Service Priority Mail he sent weeks ago to the 24-year-old sailor from the Bartlett Post Office.

"First package, which is sitting out there in never-never land, I sent 55 days ago. And the second one I sent about 26 days. One is a package, one is an envelope," Coffill added.

He showed the tracking of both packages, which stated they've been in transit to an undisclosed, next facility since earlier this month.

"It took forever to get them from their Memphis destination to the next destination, which appears to be Chicago and then it left Chicago," Coffill said.

Local 24 News sent those tracking numbers to a U.S. Postal Service spokesperson, who responded Wednesday afternoon: "We regret these mailpieces have not been received by the addressee in Norfolk. It appears the two items with tracking information show both pieces have been tendered to the military post office and are no longer under USPS control."

That spokesperson added the Virginia processing facility currently has no widespread delays - but that's little consolation to Coffill now.

"Maybe the next time I should take the package out there myself, but it shouldn't take 55 days, even if you include COVID and you give them two weeks," Coffill said.