A Cordova teen was indicted Tuesday in the shooting deaths of a Memphis couple whose bodies were found in their burned apartment last year in southeast Memphis,... 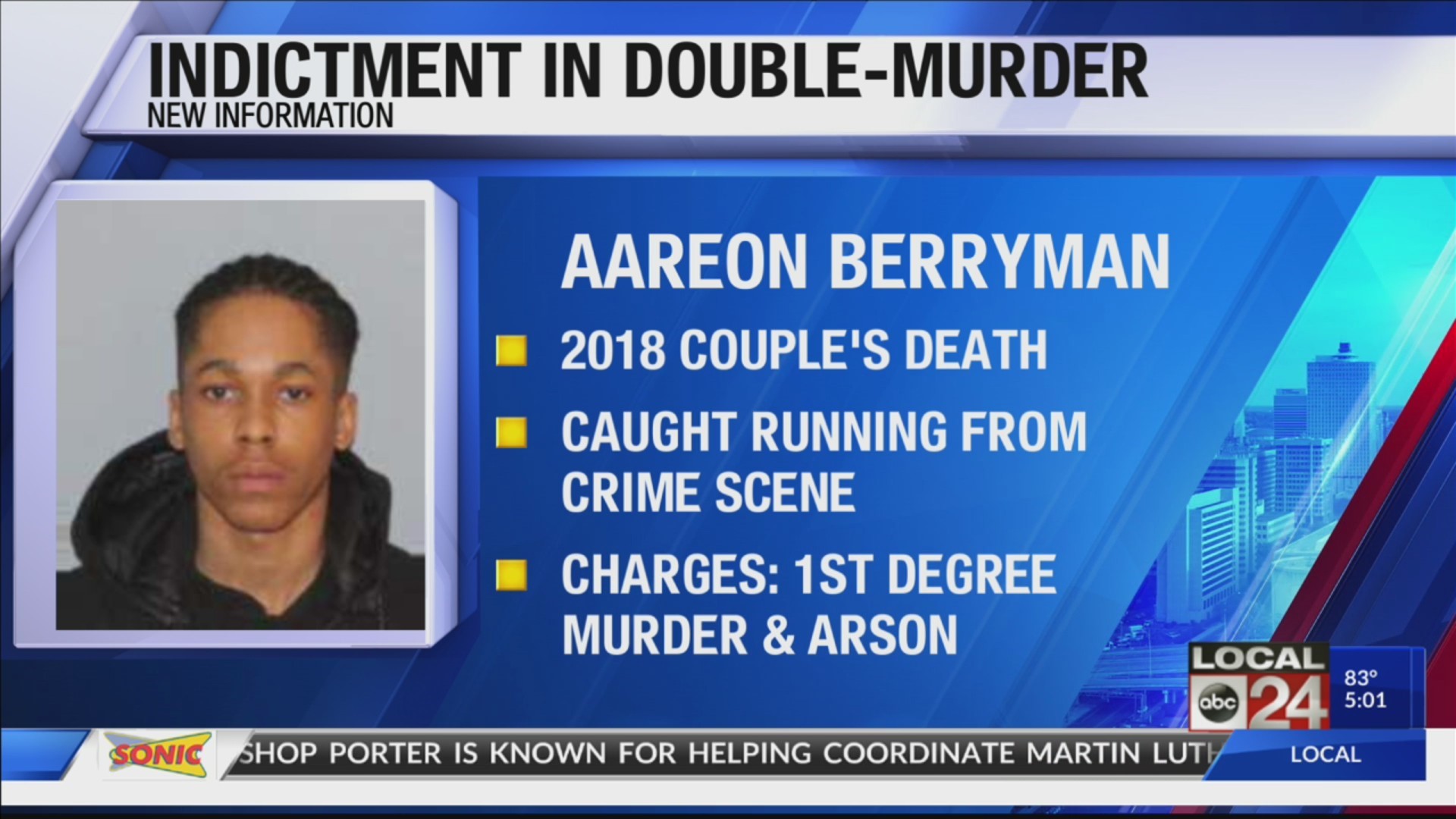 On Feb. 22, 2018, police found the bodies of Brandon Allen, 34, and his wife, Regina Allen, 33, in their smoldering apartment on Tall Oaks Circle near Winchester and Clearbrook. Both had been shot.

Investigators said Berryman robbed Allen, shot him and his wife, then doused the apartment with lighter fluid, ignited it and ran. Meanwhile, a police officer and a Memphis Light, Gas & Water Division employee were at a nearby apartment on another matter, heard someone shout “it’s a robbery” and saw Berryman exiting the Allens’ apartment.

The officer and the MLGW employee chased Berryman through the apartment complex and captured him in possession of a handgun, an AR-15 pistol in his waistband, several stolen cell phones, marijuana and other items.

As the fire grew larger in the apartment Berryman had exited, officers asked him if there was anyone else inside. Berryman replied that there were two people where he “left them.” The victims were found inside, both dead from gunshot wounds.

The case is being handled by Asst. Dist. Atty. Michael McCusker.