MEMPHIS, Tenn. (localmemphis.com) – There’s renewed hope for victims and advocates of crime as the state of Tennessee hosts a series of events recogn... 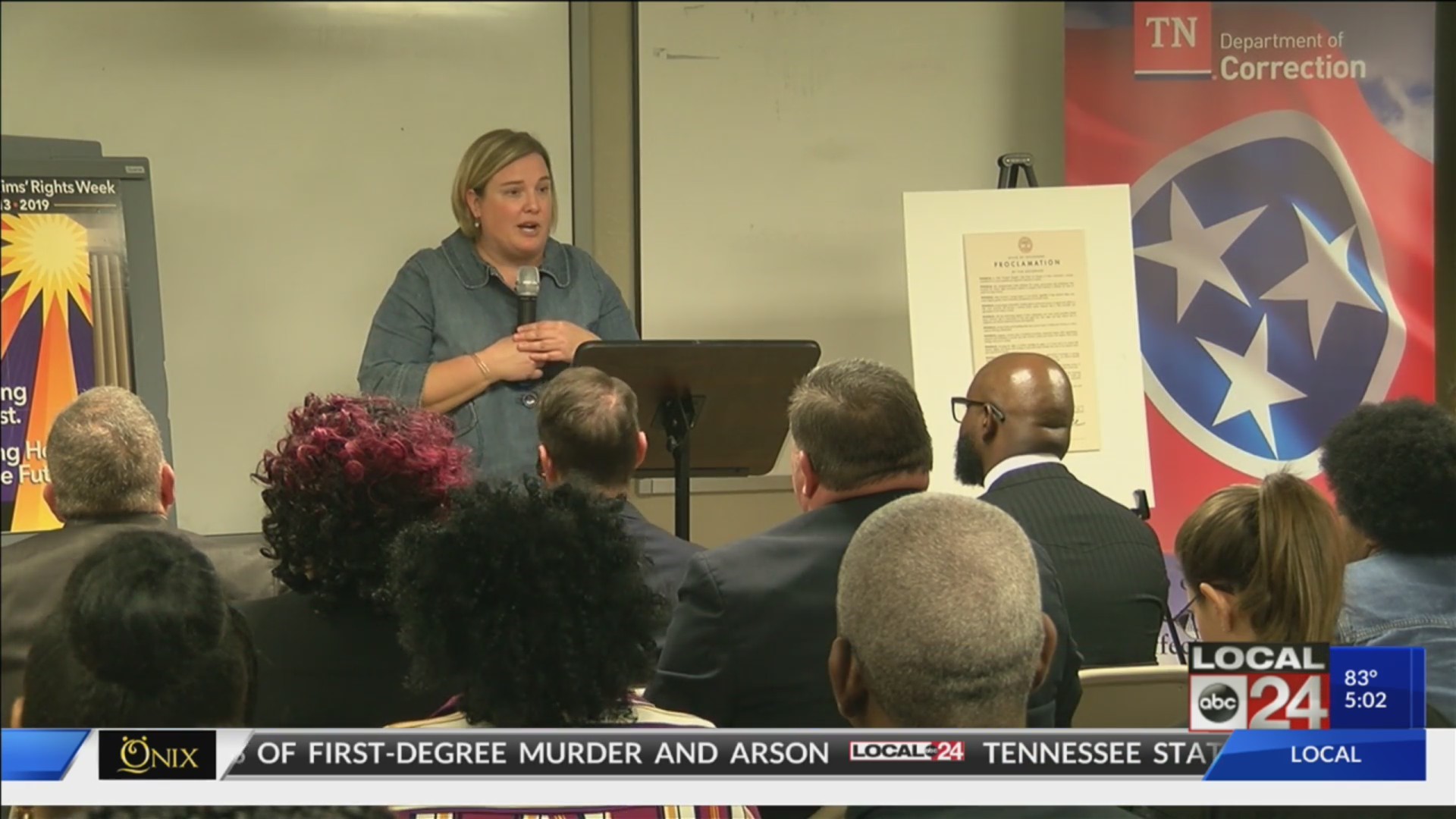 MEMPHIS, Tenn. (localmemphis.com) – There’s renewed hope for victims and advocates of crime as the state of Tennessee hosts a series of events recognizing their courage and contributions.

A ceremony for Memphis and Shelby County in observance of National Crime Victims’ Rights Week was held at the office of re-entry Wednesday.

Organizers want victims to know they have a voice and resources available to get them through tough times.

This year’s theme is honoring our past, creating hope for our future.

“They have either went through something really traumatic or lost a loved one. And the crime doesn’t end there. This is something they have to live with for the rest of their lives. We just want to let crime victims know we are here for them,” says Doreisha Davis, director of victim services with the Tennessee Board of Parole.

State officials say they’re also working to improve public safety. One effort includes providing training and rehabilitation services to offenders, so they are less likely to commit a crime when released.

From the U.S. Department of Justice:

In observance of this week as National Crime Victims’ Rights Week, the United States Attorney’s Office for the Western District of Tennessee will join with service providers and community members to honor victim advocates who have shown special commitment to helping crime victims.

“Victims of crime deserve justice. This Department works every day to help them recover and to find, prosecute, and convict those who have done them harm,” said Attorney General William P. Barr. “During this National Crime Victims’ Rights Week, we pause to remember the millions of Americans who have been victims of crime and we thank public servants who have served them in especially heroic ways. This week the men and women of the Department recommit ourselves once again to ensuring that crime victims continue to have a voice in our legal system, to securing justice for them, and to preventing other Americans from suffering what they have endured.”

U.S. Attorney D. Michael Dunavant said, “The dedicated men and women at the U.S. Attorney’s Office are committed to the highest ideals of justice and fairness.  We know that in representing this great nation, we must give our best efforts to fight against the evil of violent crime; to pursue the guilty and protect the innocent; and to always treat all victims with respect, compassion, sensitivity, patience, protection, and support, so that their voices will be heard, and the system will achieve justice for them in the best way possible.”

Each year in April, the Department of Justice and United States Attorneys’ offices observe National Crime Victims’ Rights Week nationwide by taking time to honor victims of crime and those who advocate on their behalf. In addition, the Justice Department and U.S. Attorneys’ offices organize events to honor the victims and advocates, as well as bring awareness to services available to victims of crime. This year’s observance takes place April 7-13, with the theme: Honoring Our Past. Creating Hope for the Future.

The U.S. Department of Justice will host the Office for Victims of Crime’s annual National Crime Victims’ Service Awards Ceremony in Washington, D.C. on April 12, 2019, to honor outstanding individuals and programs that serve victims of crime.

The Department of Justice’s Office for Victims of Crime, within the Office of Justice Programs, leads communities across the country in observing National Crime Victims’ Rights Week each year. President Ronald Reagan proclaimed the first National Crime Victims’ Rights Week in 1981 to bring greater sensitivity to the needs and rights of victims of crime.

The Office of Justice Programs provides innovative leadership to federal, state, local, and tribal justice systems, by disseminating state-of-the art knowledge and practices across America, and providing grants for the implementation of these crime-fighting strategies. Because most of the responsibility for crime control and prevention falls to law enforcement officers in states, cities, and neighborhoods, the federal government can be effective in these areas only to the extent that it can enter into partnerships with these officers. More information about the Office of Justice Programs and its components can be found at www.ojp.gov. More information about Crime Victim’s Rights Week can be found at https://ovc.ncjrs.gov/ncvrw/. You may also contact the U.S. Attorney’s Victim Witness Program at (901)544-4231.