'Crushing just to think how great of a person he was'; friends weigh in on the life of Rhodes College student Drew Rainer

The senior was shot & killed, another student injured Sunday morning in what authorities described as home invasion near Rhodes College campus. 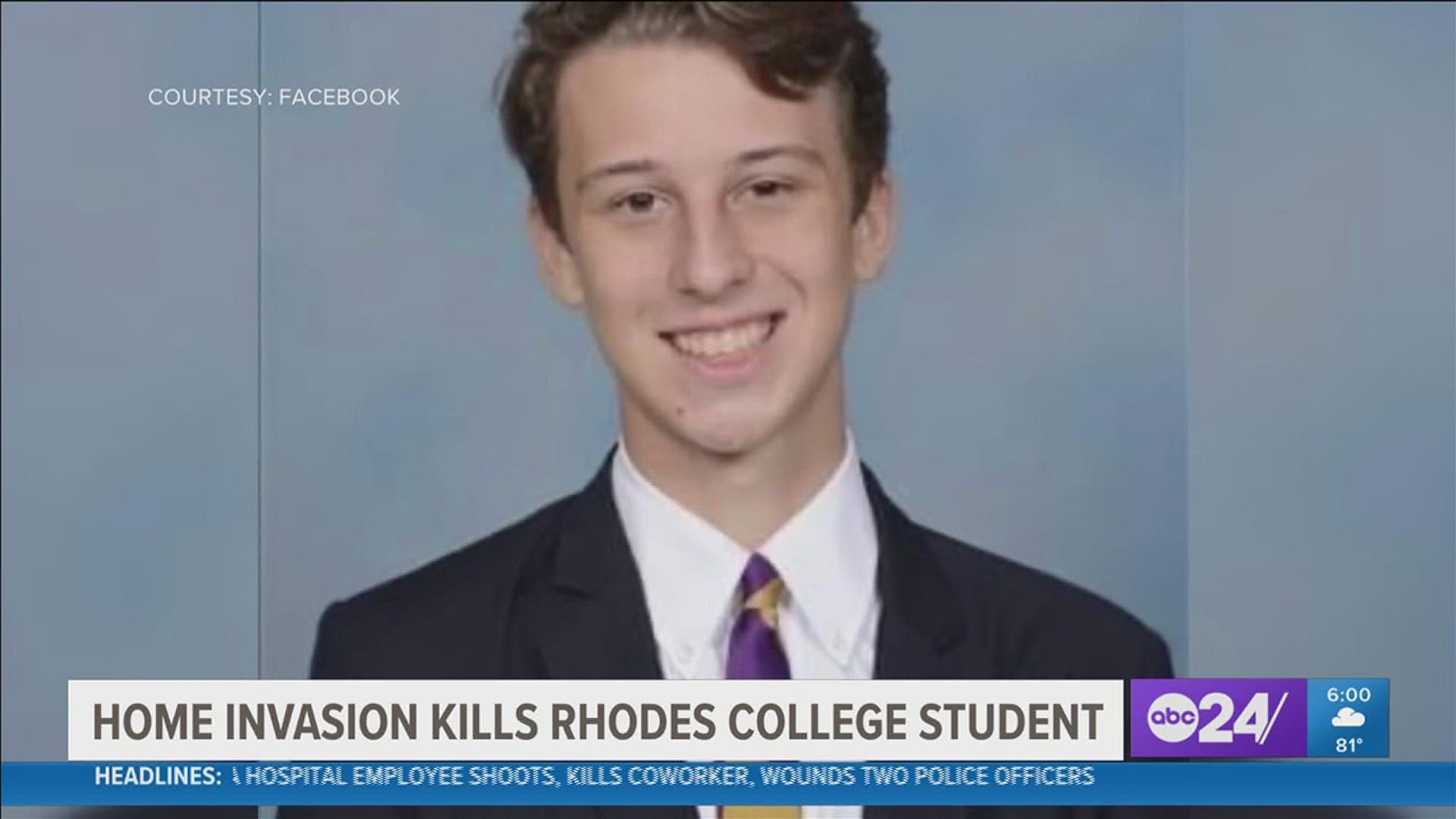 MEMPHIS, Tennessee — One day after a deadly home invasion on N. McLean Boulevard claimed the life of Rhodes College senior Drew Rainer, his longtime friends said they're still in a state of shock and trying to get their emotions under wraps.

They're also focused on honoring Rainer's life and the contributions of a scholarship recipient and musician described as 'a light on Rhodes College's campus and everyone around him,

"We was just always the type of kid who would sign up to make a change," Mark Massey said.

"It's crushing just to think how great of a person he was, just a happy person," Ken Steorts added.

"Drew was going to have a very positive, successful life with the people around him, he always was a positive influence," Steorts said.

But that potential and promise abruptly ended Sunday morning, when authorities said Rainer was shot and killed during a home invasion near the Rhodes College campus.

"It's a hard moment for the Rhodes community but this isn't an isolated incident, it's no shock that violence is prevalent in Memphis," Massey said.

That friend said Rainer's talents shined on campus at Rhodes College as a Clarence Day leadership scholar recipient but also off campus, where the music minor excelled in bass guitar in the local up and coming band Belvedere.

"He was one of those great kids, someone that was funny, he would give you the shirt off his back, talented student, talented musician," Massey added.

"Just sad that you'll miss the future of all that beautiful energy," Steorts said.

Steorts' son played alongside Rainer in Belvedere, which had its big break pre-pandemic with twice monthly shows at Lafayette's.

Steorts said he felt significant pain in Rainer's death as a music producer and parent.

"Drew was a child who was full of joy, happiness and love of life, capable and smart young man, to lose someone like that just affects everybody, I think mostly in how they could imagine this could possibly happen," Steorts added.