Family of Darrius Stewart, teen shot and killed in 2015 by former Memphis Police officer, wants case to be reopened 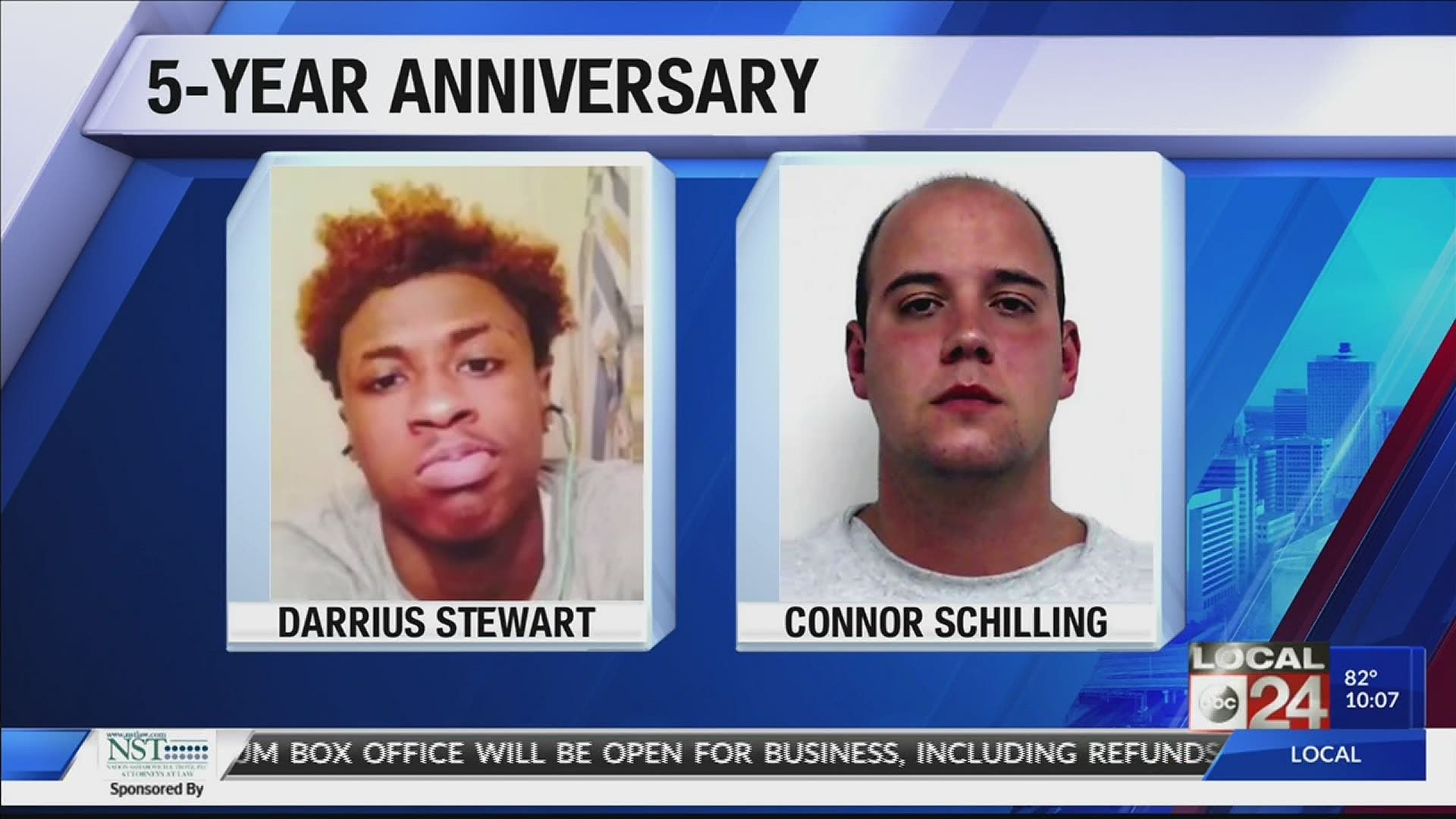 Friday marks five years since the death of Darrius Stewart, and his family has made a public push to reopen the case.

“Shot him twice in the chest and once in the back. An unarmed 19-year-old because he didn’t have any identification,” she said.

Stewart publicly shared her disappointment in her son’s case. The Stewart family filed a civil lawsuit in 2016, but the City of Memphis was dropped from that lawsuit.

“Because they are the ones who employed him so therefore, they are liable for his actions when he killed my son,” Stewart said.

The family filed a new lawsuit earlier this year against Schilling. Stewart’s father, Henry Williams, says the events that are happening across the nation, like the death of George Floyd bring back painful memories.

Happening Now in Hickory Hill - a small group has gathered to honor Darrius Stewart who was killed exactly 5 years ago on this day by a Memphis Police officer after a scuffle. @LocalMemphis pic.twitter.com/TpMzYzYaxI

“This right here happened way before George Floyd but you know I’m not blaming people for what happened, but I appreciate what’s going on now people are looking at what’s happening out there,” Williams said.

According to a TBI report, Darrius Stewart was wanted on warrants out of Iowa.

The family and supporters rallied to raise awareness of Stewart’s case in hope of getting it back reopened.

Officer Schilling retired from MPD with disability pay.  The family says they are working on another lawsuit but didn’t give specifics.