Public viewing for Daunte Wright in Minneapolis ahead of Thursday memorial

Daunte Wright's family and civil rights attorney Ben Crump are inviting the community to pay their respects to the 20-year-old killed by Brooklyn Center police. 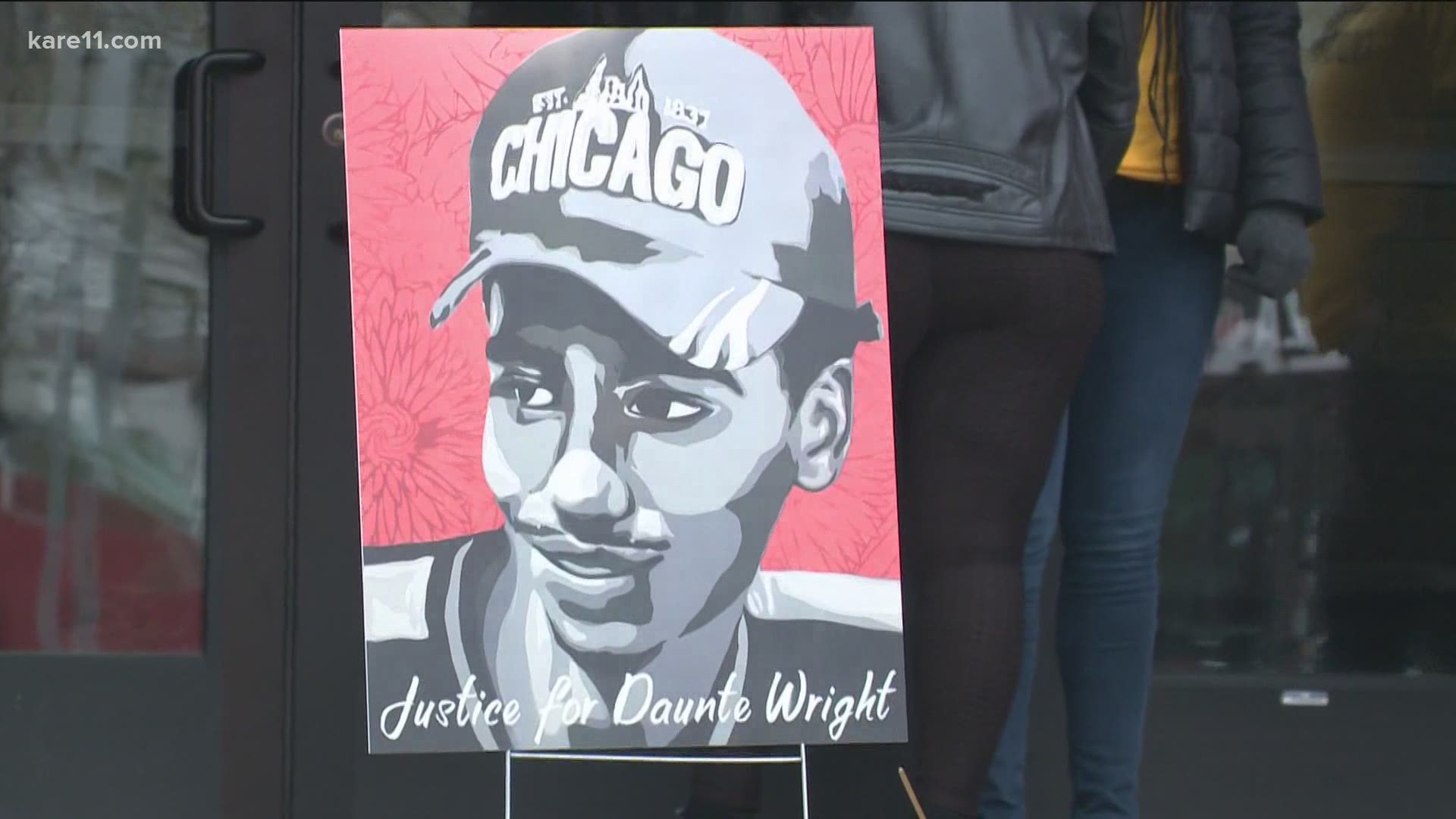 MINNEAPOLIS — A day after former officer Derek Chauvin was convicted in George Floyd's murder, the Minneapolis area is honoring the life of another Black man who died at the hands of police: Daunte Wright.

A white Brooklyn Center officer shot and killed the 20-year-old during a traffic stop on April 11, almost one year after Floyd died roughly 10 miles away.

Crump and Sharpton traveled to Minneapolis to await the verdict in Chauvin's murder trial, which was delivered Tuesday. Even as Floyd's family expressed relief that the former Minneapolis officer was found guilty on all charges, they turned their attention to the Wright family.

"We need police reform bad," Brandon Williams, a relative of Floyd's, said after the verdict announcement Tuesday. "We need change in this broken system. It was built against us. Oftentimes, we see people who are supposed to protect and serve... they do the total opposite."

Williams said the proof was in Wright's fatal shooting just miles away from where Floyd was murdered.

RELATED: How long will Derek Chauvin go to prison for George Floyd's murder?

He added that while he believes Floyd received justice, some officers who have killed or injured Black men and women never face charges.

"Oftentimes the system fails us as Black men and women in America," Williams said.

Former Brooklyn Center officer Kim Potter is charged with second-degree manslaughter in Wright's death. Potter, who resigned from the police department after the fatal shooting, made her first court appearance last week. A judge set her bail at $100,000, which she posted.

RELATED: 'There's never going to be justice for us': Daunte Wright's mother speaks out after Brooklyn Center officer charged

Wright's family and some community members have called for more serious charges.

If found guilty, Potter would face a presumptive sentence of four years in prison, according to state sentencing guidelines. Minnesota's statutory maximum for second-degree manslaughter is 10 years behind bars, but experts told KARE11 that such a sentence would be extremely unlikely.