Juneteenth history: Why today is so important to the Black community and what you may not have learned in school

Some slaves were not told they were freed until June 19, 1865 -- two years after the Emancipation Proclamation was signed. 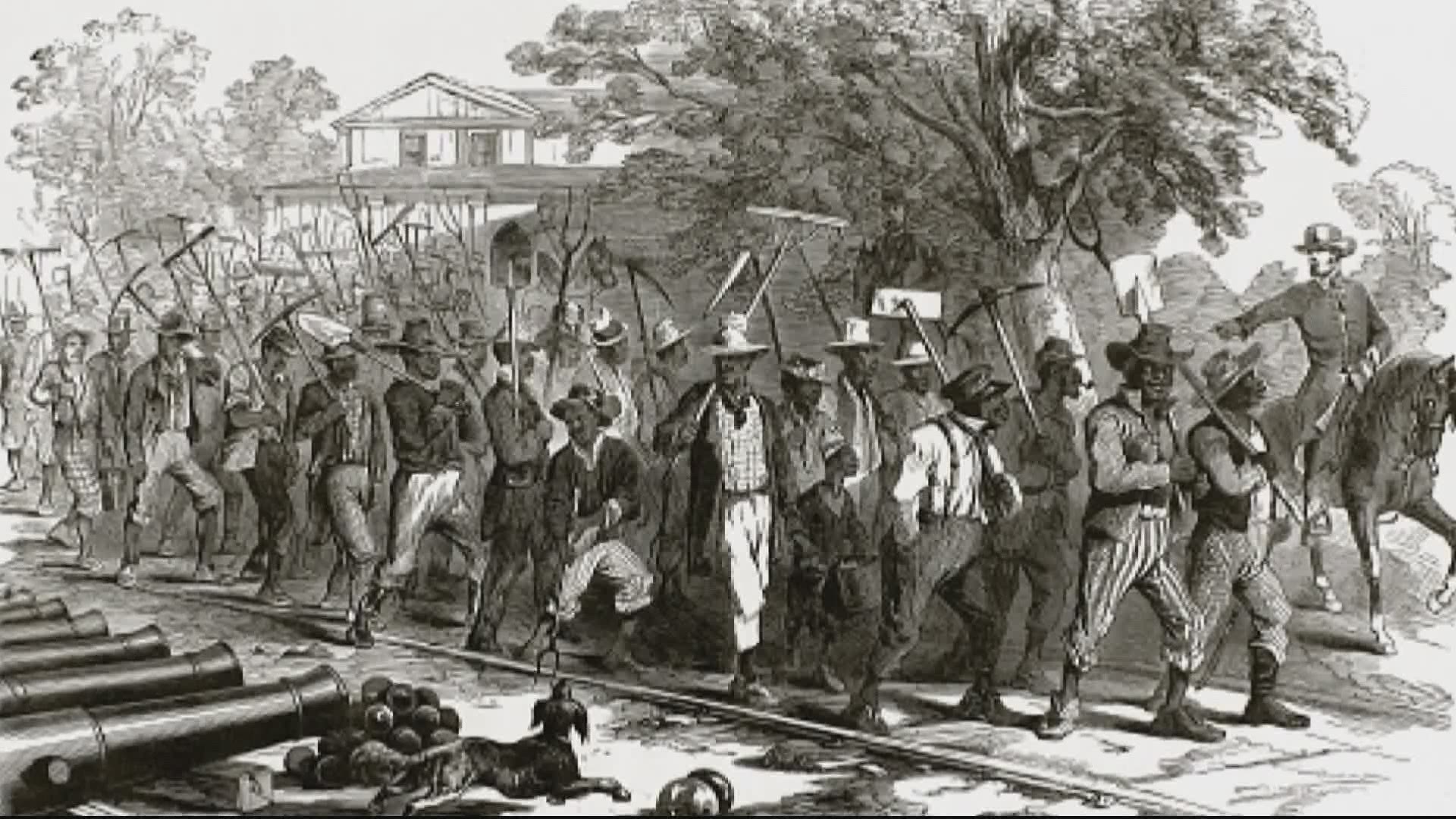 WASHINGTON — Friday is Juneteenth. The nation and the DMV are commemorating with rallies planned to honor the holiday.

"It was not the end of slavery," Nkechi Taifa, the Commissioner for the National Reparations Commission said.

June 19th has been declared Juneteenth. Taifa explained how on this day in 1865, Union Gen. Gordon Grainger, along with Union soldiers, arrived in Galveston, Texas. It was one the most remote slave states in the nation. He issued special order three.

"Which basically said that Whites and Blacks were to be equal, that Blacks were no longer to be our property, and this was really the result of the Emancipation Proclamation, which was fine, two and a half years earlier, in 1863," Taifa added.

Some southern slave owners never told the people who were enslaved they were freed. The 13th Amendment, passed by Congress in January of 1865, would then leave a new set of challenges for the newly emancipated.

"The 13th Amendment was not a total freedom. It said, 'Neither slavery, nor involuntary servitude should exist, except as punishment for a crime,'" Taifa explained.

On Friday, 155 years later, people all around the nation will commemorate the day. Rallies and protests against police brutality are planned by the descendants of those very people who were held in bondage, which brought the question for Taifa "Were we actually ever really freed?"

Taifa wants people to also use this day as time educate yourselves on a topic often left out of history lessons.

"What better time, than a time of Juneteenth, of reflection, of drilling back into our past, that we should look at connecting back those issues to what’s happening today," Taifa said.

RELATED: Black vs. African-American: The complex conversation Black Americans are having about identity #ForTheCulture

RELATED: Hundreds march to White House for 'Prayer Walk for Peace and Justice' amid protests