The security concerns follow the killing of a Capitol Police officer on Friday when a man drove into two officers at a security checkpoint. 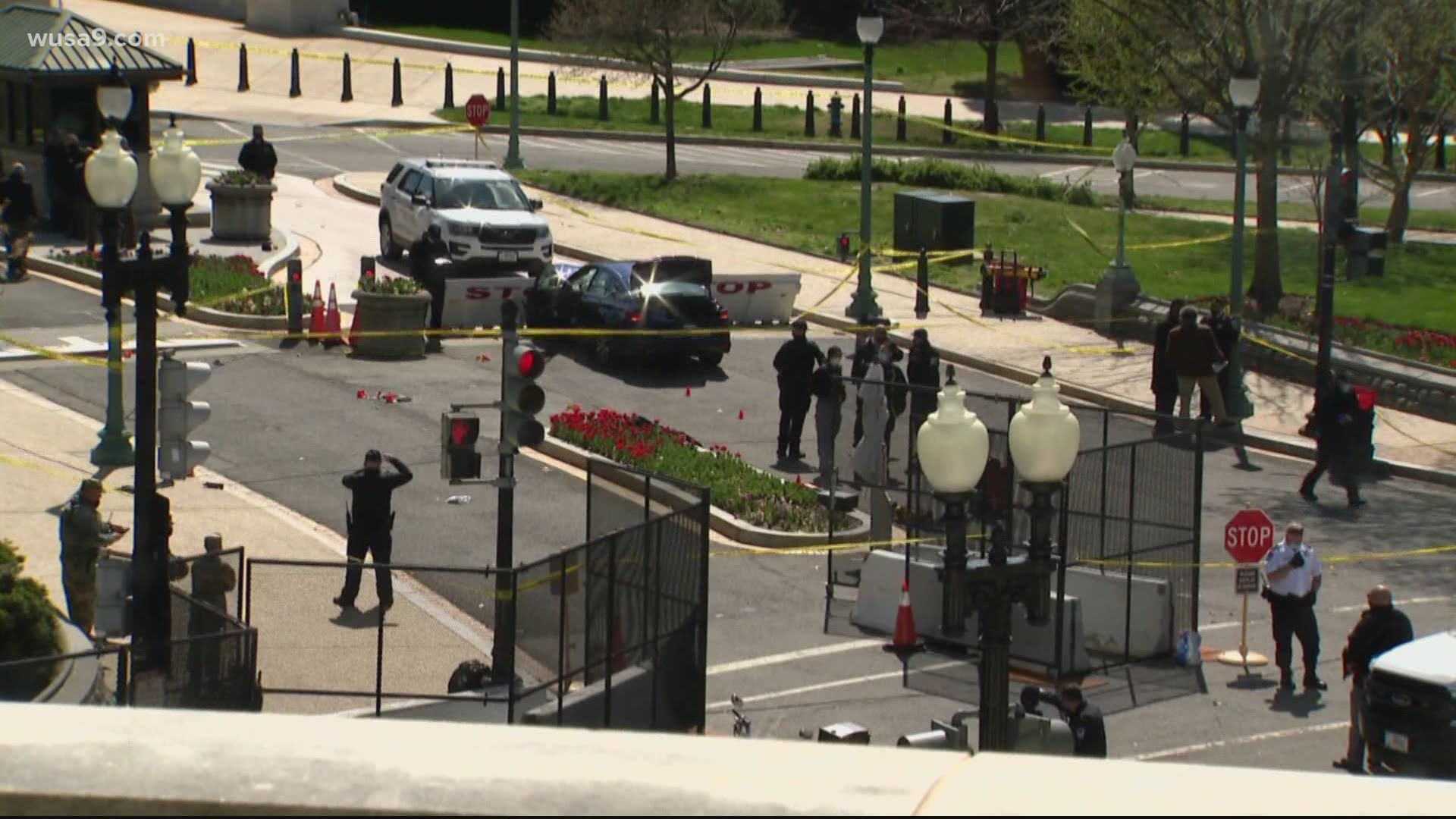 WASHINGTON — The U.S. Capitol Police Department’s union is warning about a potential mass exodus and is calling on Congress to execute increased security recommendations.

The security concerns follow the killing of a Capitol Police officer on Friday when a man drove into him and another officer at a security checkpoint.

He died Friday after a man used his car to ram into him and another outside the Capitol.

Police identified the driver as Noah Green and said he got out of the car with a knife and stabbed a cop in the face.

Officers shot Green, and he later died at the hospital.

The rampage came just under three months after rioters stormed the U.S. Capitol building and Officer Brian Sicknick was killed in the line of duty.

The latest attack prompted the U.S. Capitol Police union to put out a warning.

The head of the union told CNN in a statement that the department is significantly understaffed, and he’s worried about a mass exodus.

He said the department is struggling to meet mission requirements with more than 230 unfilled positions and said around 500 officers are eligible to retire in 3 to 5 years.

The union chairman wants Congress to come to an agreement and move forward with recommendations a security task force presented last month.

The task force was led by Retired Lt. Gen. Russell Honore who said Congress members he spoke with on both sides of the aisle see the security improvements as a priority while also ensuring public access.

“That comes at -- with a balance, with reengineering, with resources needed to the Capitol Police, with upgrading our cameras and sensors and the barriers around the Capitol. That's going to come at a cost,” Honore said on ABC on Sunday. “It is the most important building in America because it's the seat of our democracy. If that building and the people in it don't function, we no longer have democracy. And whatever price we have to pay to protect it, we need to do it.”

The recommendations include working to fill the positions currently open but also adding around 800 more people to the department’s staff.

Sign up for the Capitol Breach email newsletter, delivering the latest breaking news and a roundup of the investigation into the Capitol Riots on January 6, 2021.