This is the next big step for renovating the park, which is due to be completed in early 2023. 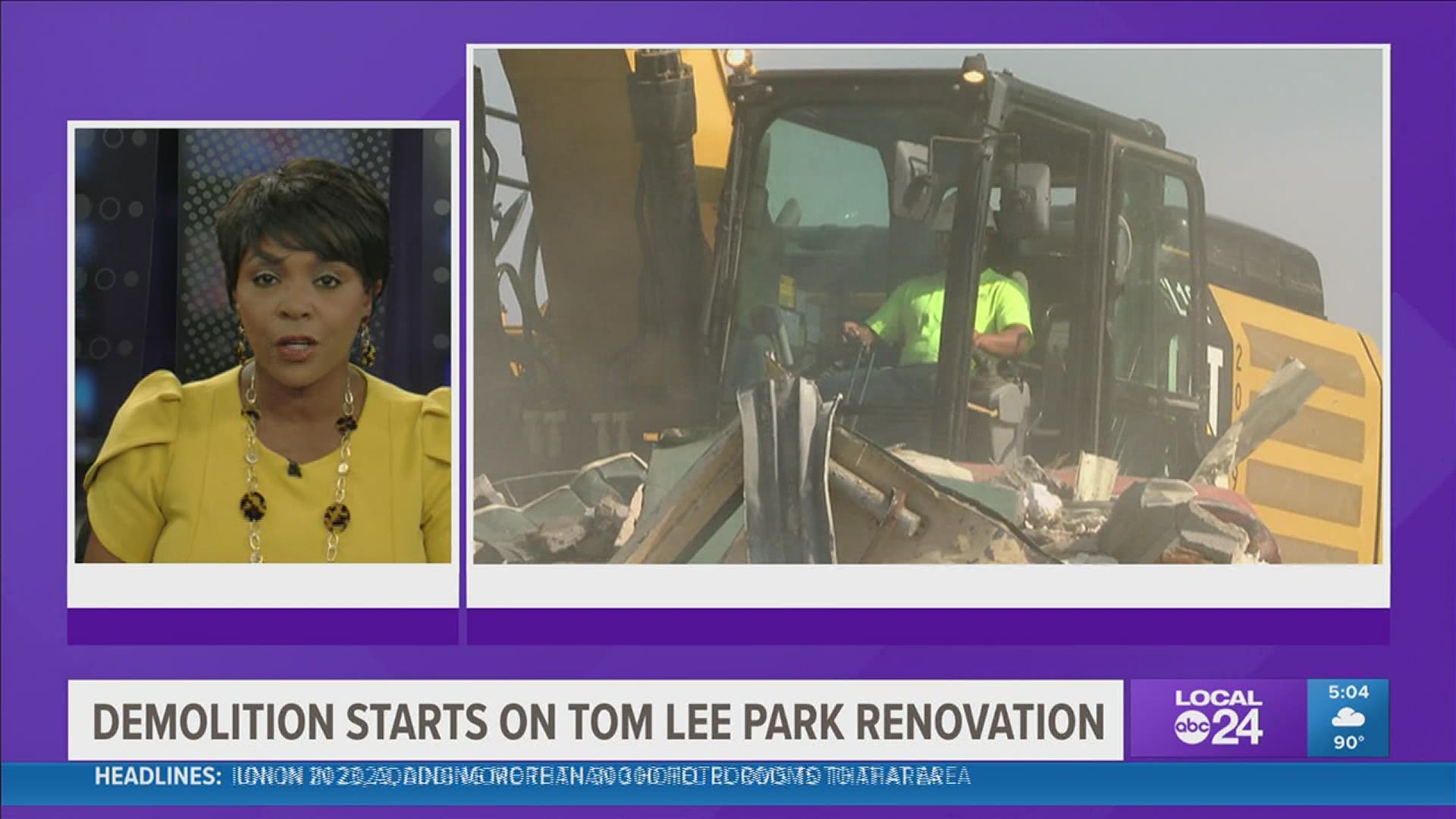 MEMPHIS, Tenn. — Demolition has begun for the renovation of Tom Lee Park.

Crews moved in with bulldozers between Beale Street Landing and the south end of the park. They began by demolishing the old Tom Lee Park visitors center.

The Memphis River Parks Partnership said the demolition comes after the approval of the 408 Permit approval from the United States Army Corps of Engineers, and approval of the construction documents by the Mayor's Riverfront Steering Committee.

Crews will strengthen the rip-rap on the western edge of the park. (Rip-rap is the rocks, foundations, or structures used to protect from erosion.) The park will be constructed while that is happening.

This is the next big step for renovating the park, which is due to be completed in early 2023.

Visit tomleepark.org for more information and the latest updates.

BREAKING NEWS 📰 The U.S. Army Corps of Engineers 408 Permit was approved for Tom Lee Park! Here's George Abbott from the Memphis River Parks Partnership to tell you more about what comes next in the latest construction update. 🚧 pic.twitter.com/RTeS3kCymf