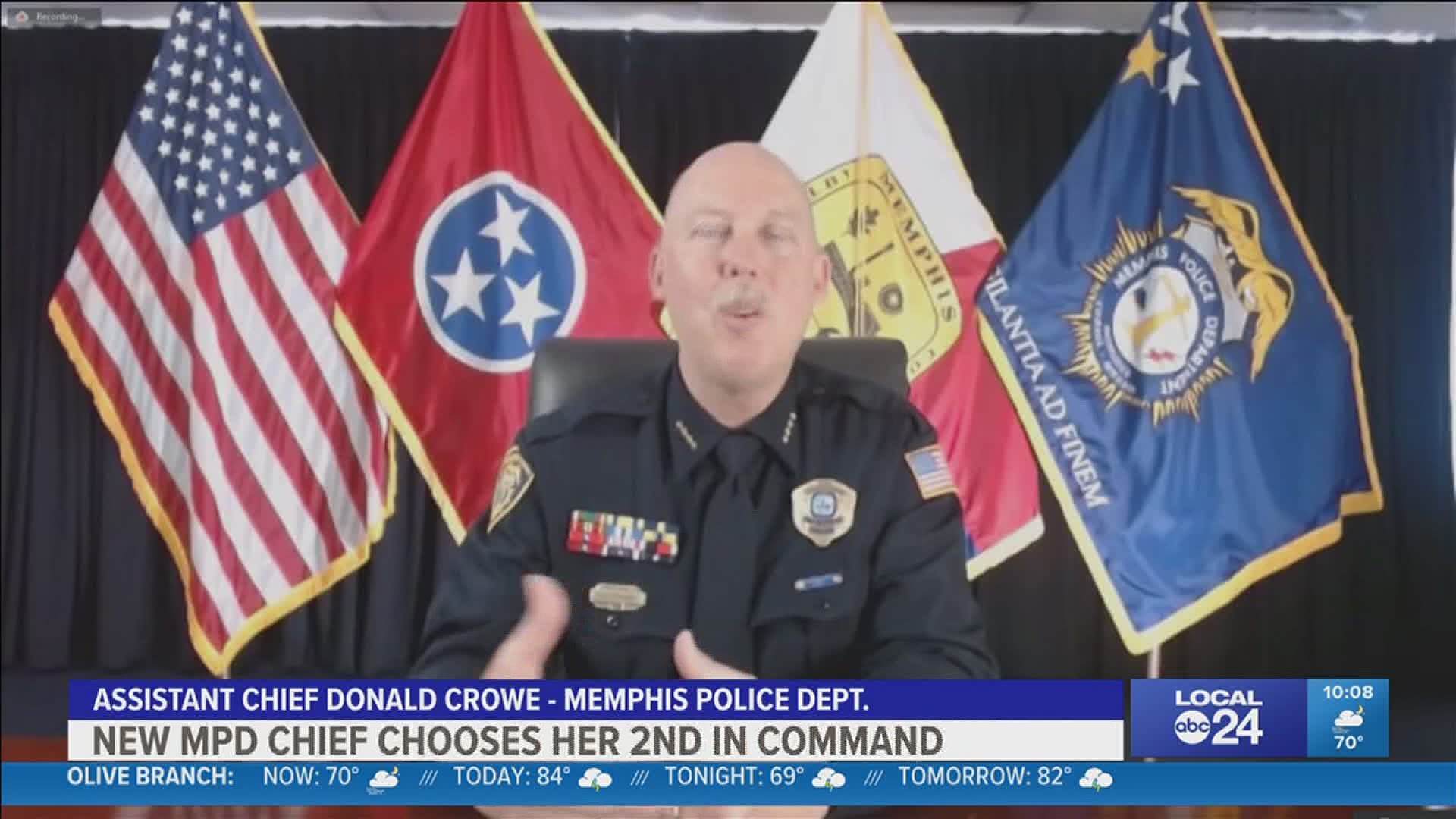 Newly hired Assistant Chief Donald Crowe says he can't wait to get to work with his new boss and the city's new top cop CJ Davis when she starts work next Monday.

You'd expect that from a guy who's just been promoted, but he echoes what many others are saying who've met CJ Davis. By picking Crowe, Chief Davis is also answering calls that her number two be someone who knows the inner workings of MPD from top to bottom. Crowe started as a patrol officer, worked his way up to sergeant, lieutenant colonel, and deputy chief and says people shouldn't worry about Davis quickly fitting in.

(question from Richard Ransom) “What can you say to maybe quell those concerns that people were very vocal about that she was not from Memphis?”
“Please keep an open mind. Find an opportunity to meet her. And if you stay open minded she will impress you just as she impressed me and everyone else on the command staff,” said Crowe.

Crowe says changes in policy and crime fighting are coming, but he's not giving away any hints.

“We'll wait and let Chief Davis address those changes and give her a chance to get in Memphis and get settled in, but we know from conversations that she does want to make positive changes to the Memphis Police Department, and we're here to support her."

Mayor Jim Strickland approved Crowe's promotion today. Crowe has worked as a crisis intervention officer as well as the bureaus of arson, domestic violence, felony response, and homicide and was commander over the information services division, which is the technology arm of the department. 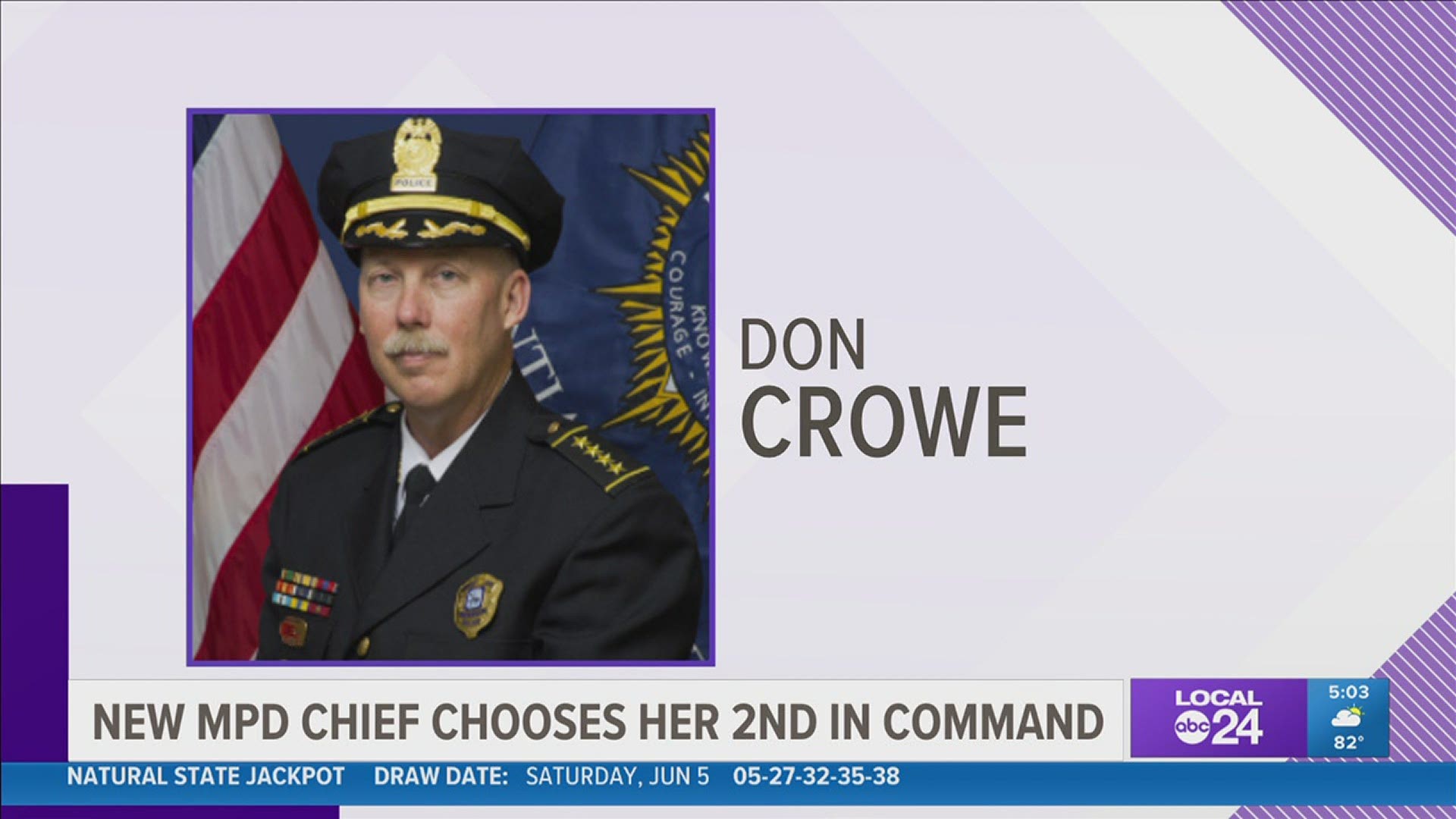 You can read the full release from Mayor Strickland below:

After careful review and consideration, incoming Chief of Police Cerelyn “CJ” Davis has selected the second in command for the Memphis Police Department. Effective immediately, Deputy Chief Donald Crowe has been approved as the Assistant Chief of Police (formerly titled Deputy Director of Police Services) by Mayor Jim Strickland.

Don Crowe has been a Memphis Police Officer for thirty-three years. He began his career in uniform patrol. Crowe served as a Field Training Officer and a Crisis Intervention Officer. He also

had assignments in the Organized Crime Unit and the Training Academy. Don was promoted to sergeant in 2000 and spent the next seventeen years in Investigative Services. He rose through

the ranks of Lieutenant, Major, and Lieutenant Colonel while in Investigative Services, commanding all centralized detective bureaus. In 2017 Don was appointed Deputy Chief of

Information Technology. On June 7, 2021, Deputy Chief Donald Crowe was appointed to Assistant Chief of Police for the Memphis Police Department.