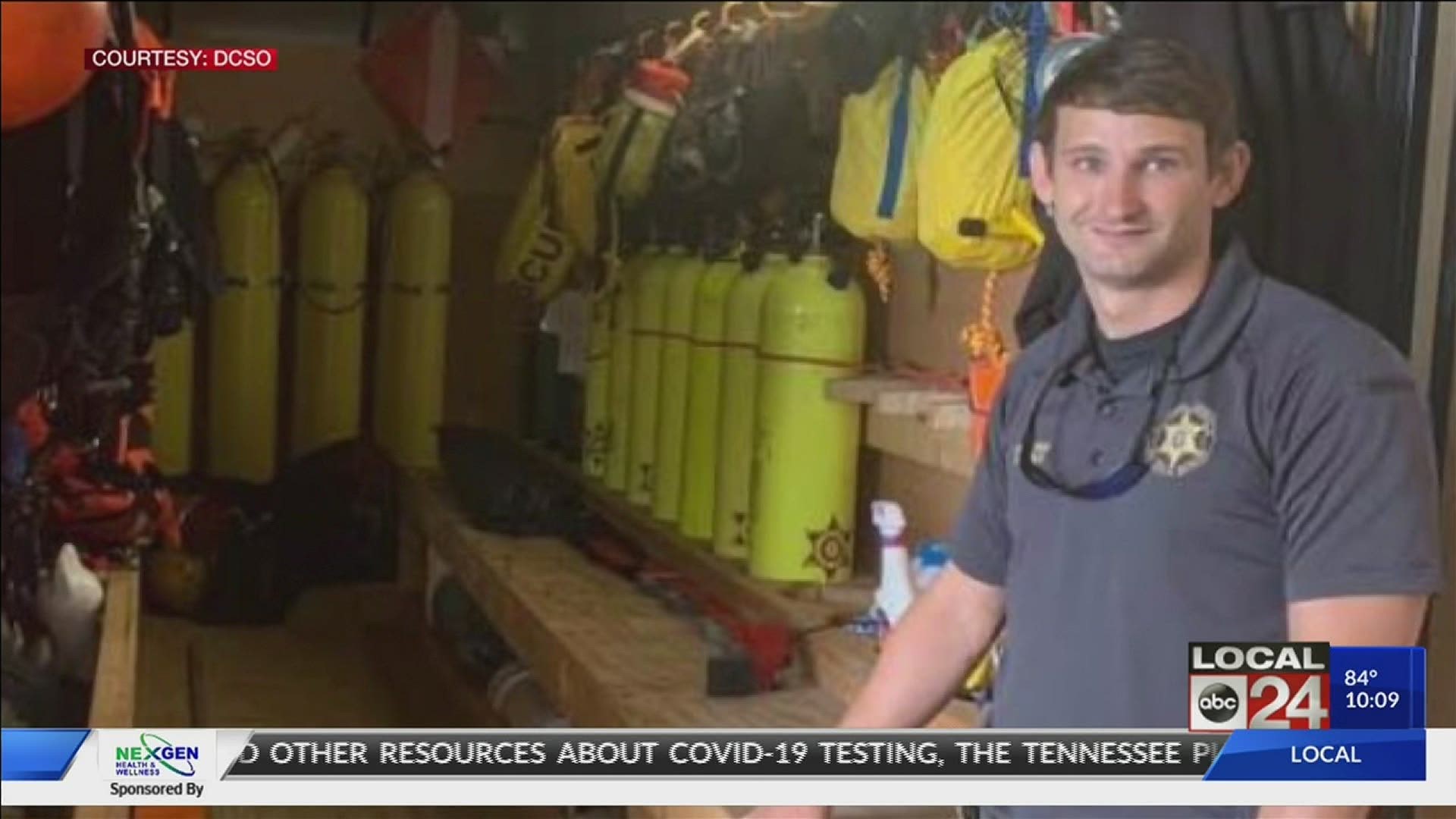 A DeSoto County deputy is being deemed a hero after he drowned while saving his 10-year-old son during a family vacation in Florida.

33-year-old William Nichols served with the DeSoto County Sheriff’s Department for more than 10 years full-time. He was the Director of the Search and Rescue Unit. He spent most of his life on the waters and tragically that’s where his life ended.

Director Nichols was vacationing with his family at Fort Walton Beach Florida near Sandestin. He posted pictures on his Facebook page of the fun he was having up until the tragedy that took his life.

“He was a very mild mannered, very loving, kind man there’s nobody here that didn’t like him, we are devastated around here,” said DeSoto County Chief Deputy Justin Smith.

Thursday was a somber day at the DeSoto County Sheriff’s Department after learning about Nichols’ death.

“He spoke about his family on a daily basis here. He was very excited about his vacation in Florida. He told several of us about it and what his plans were,” Smith explained.

While swimming, Director Nichols son got caught in a rip current and was being pulled out to sea. Nichols got into the water to rescue his son and managed to get him safely to shore before he drowned.

“He embodies what a true hero is and he lived to the last moment, living true to what the motto on his patch says so that others may live. He gave his life to spare another,” Smith said.

Nichols has been a full-time deputy with the Sheriff’s Department since 2010, but serving others was something he embodied early on.

RELATED: Fisherman drowns while fishing in the Mississippi River

“We’ve got photos dating back to when he was 11 years old when his father was the director of search and rescue and he was involved in that his entire life,” Chief Deputy Smith said.

The entire DeSoto County Sheriff’s Department is mourning his loss. Smith says he will be greatly missed.

Tough loss for the @DCSDsocialmedia. Director of Search and Rescue William Nichols spent most of his life on the water and tragically that's where his life ended. He drowned while rescuing his son. A true hero. We are remembering him tonight on @LocalMemphis at 10. pic.twitter.com/v75Af4rDgw

“He assisted people from all over the state with missing persons, confined space rescues, water rescues. He saved hundreds of lives from water rescues,” Smith said.

Director Nichols leaves behind a wife and two kids. The department is preparing a proper ceremony to honor his life.