William Nichols was pulled from the water after saving his son who was in distress. 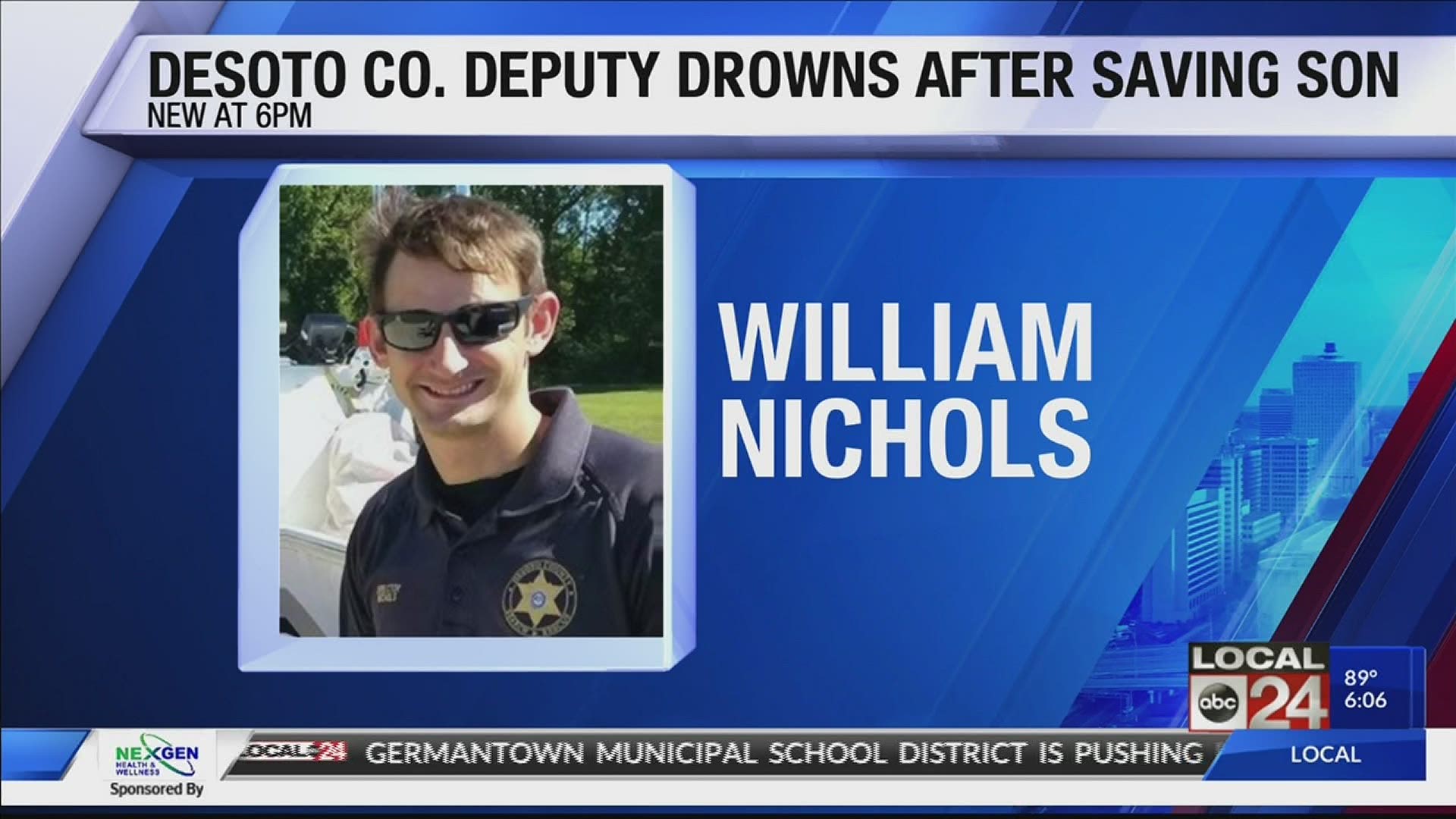 A DeSoto County Sheriff’s Deputy has died after saving his son in the water of a Florida beach Wednesday.

The Walton County Sheriff’s Office says 33-year-old William Nichols “was pulled from the water after saving his teenage son who was in distress. The son was able to make it back to shore, but the father was pulled back out into the water.”

They added, “His last act of service was rescuing his own son. We have no words. Rest In Peace, brother. We have the watch.”

Nichols was also Director of the DeSoto County Sheriff's Dept. Search & Rescue unit.  On the DCSO SAR patch it reads "That Others May Live".

"It is with a heavy heart we inform you that our DCSD Director of Search and Rescue, William Nichols passed away on Wednesday, July 22nd while on vacation with his family at Sandestin, FL.

While they were swimming, Director Nichol’s son was caught in a rip current, and being pulled out to sea.

Director Nichols entered the water to rescue his son, and he managed to save his son’s life before he drowned.

His body was recovered by South Walton County Fire District, and we are working on a solution to return him and his family home as soon as possible.

Director Nichols became passionate about Search and Rescue at a young age when his father was over the SAR unit. Director Nichols also became an Explorer when he was a kid.

Director Nichols was hired at the DeSoto County Sheriff’s Department in January 2010 as a patrol deputy and still volunteered with SAR. He transitioned to SAR in a full time capacity, and he served as Director of Search and Rescue for the past seven years.

Director Nichols leaves behind a wife and two children, an 18 year old daughter and a 10 year old son.

Words to describe Director Nichols would be humble, passionate, kind, and he always put others before himself.

Please keep the Nichols family in your prayers during this difficult time, and thank the Lord for men like Director Nichols who have given their life so that others may live.

Director Nichols was the embodiment of a true hero."

RELATED: Body believed to be that of third missing boater at Pickwick Lake has been found