The university tweeted a statement from the UT Knoxville account saying it condemns hate and is "working hard to create an inclusive campus culture." 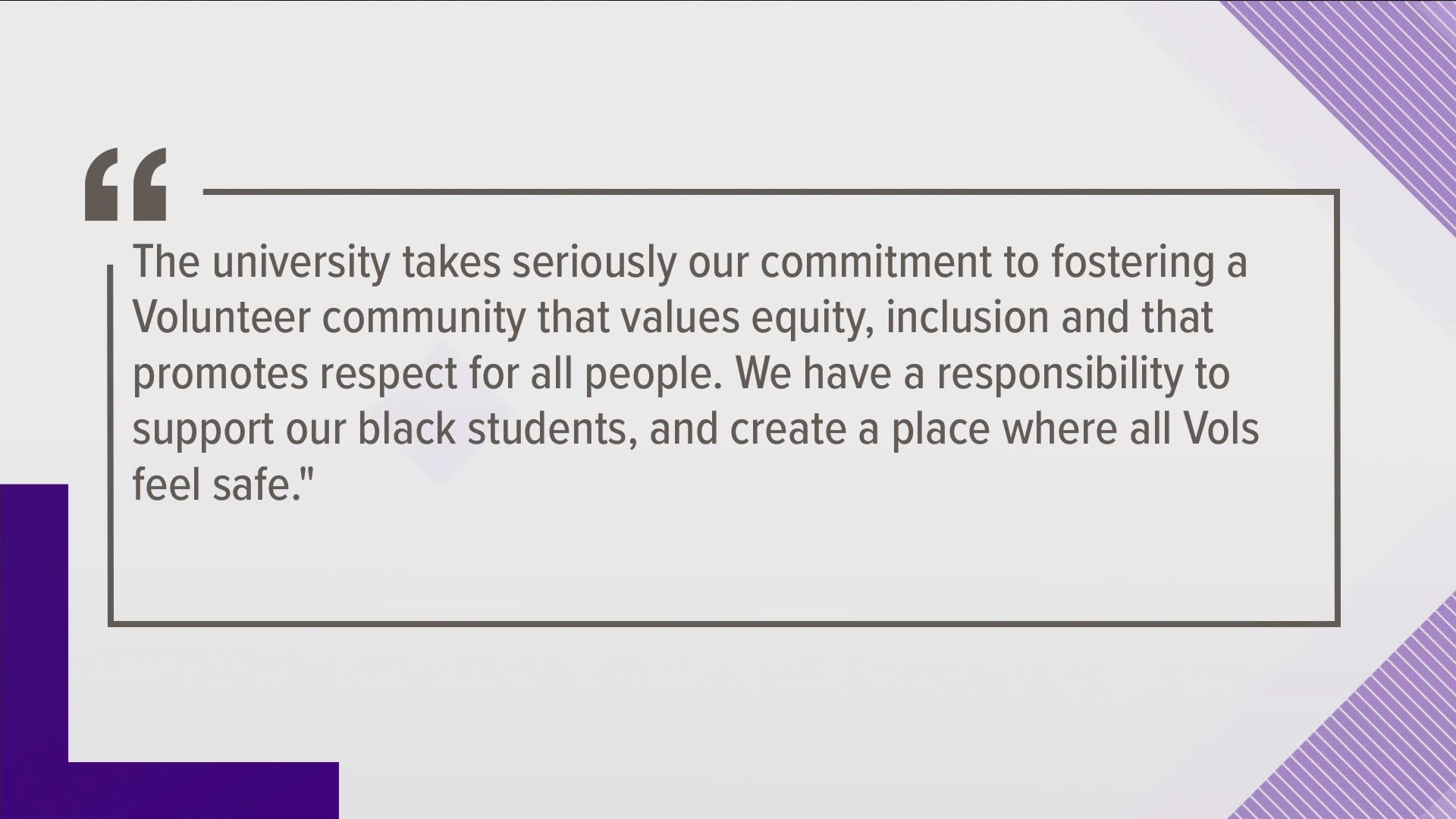 KNOXVILLE, Tenn. — The University of Tennessee said Thursday its athletics department has decided to not allow an incoming freshman cheerleader to join after investigating reports of her using racial slurs in a video and photo were posted on Twitter.

The Twitter thread called for action from university officials. UT said she won't be attending the university this fall.

"The university takes seriously our commitment to fostering a Volunteer community that values equity, inclusion and that promotes respect for all people. We have a responsibility to support our black students, and create a place where all Vols feel safe," UT said in a release. "On Wednesday, following a racist video and photo surfacing on social media, Athletics made the decision not to allow a prospective student to join the Spirit Program. She will not be attending the university this fall."

The university tweeted a statement Wednesday from the UT Knoxville account saying it condemns hate and is "working hard to create an inclusive campus culture."

Before the decision was made Thursday, the tweet also said the university would "gather facts and take appropriate action directly with those involved."