A large turnout Friday to welcome home Memphis journalist Manuel Duran, who was held in Ice custody for 465 days. 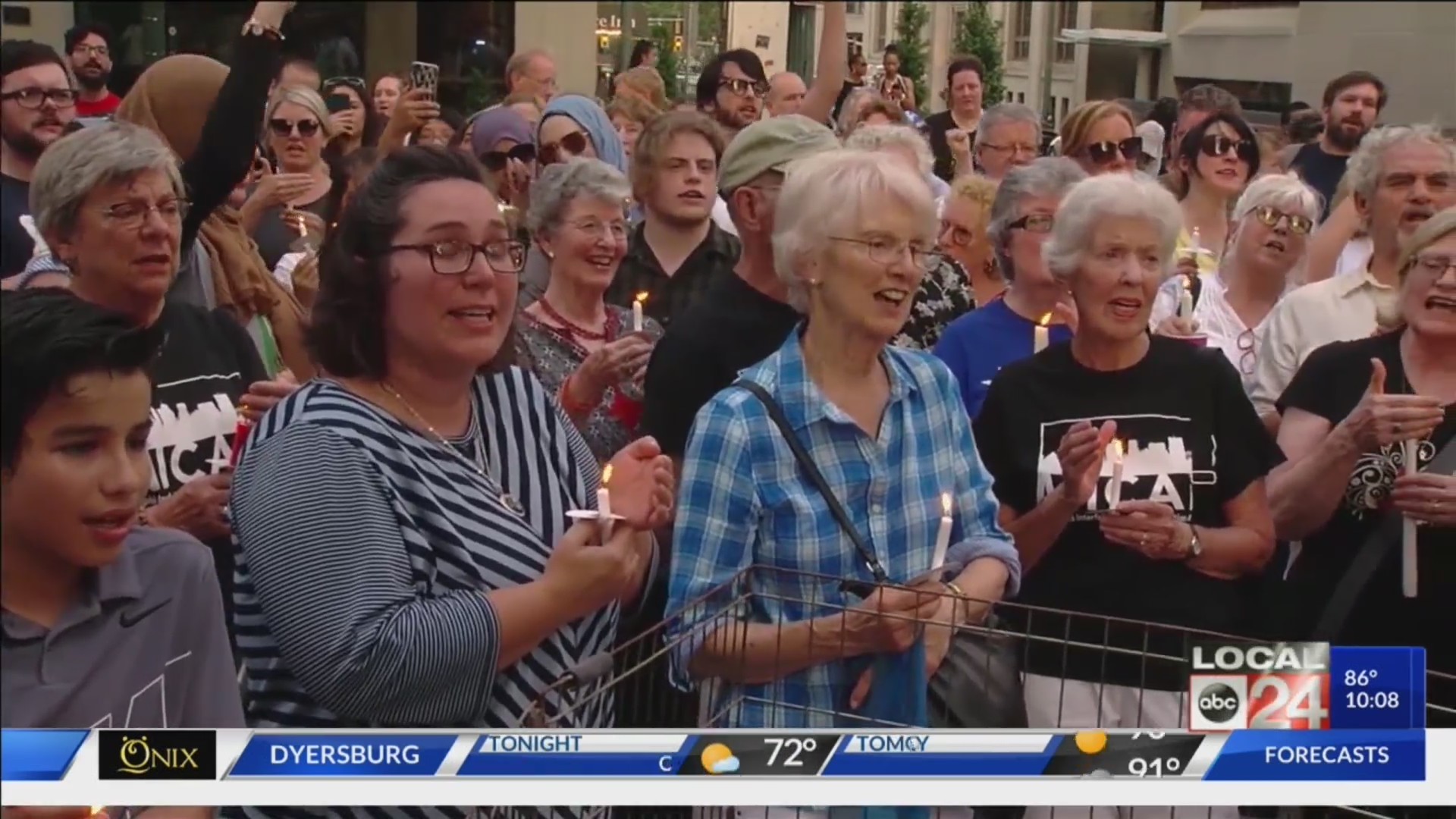 Tennessee’s Poor People’s campaign andother local organizations joined this evening for vigils happening across thecountry, to raise awareness about immigration issues. Since Duran’s release,organizers decided to also use Friday’s vigil to honor him.

Duran did not attend Friday’s vigil, buthis fiancé, Melisa Valdez did. She painted a picture of what those 465 dayswere like for him and she says they weren’t easy.

“In Etowah, Manuel and the other inmatesin unit 10 had to shower with cold water for about a month because the showerswere down,” Valdez said.

Valdez and roughly 100 other peoplegathered in front of immigration court offices in downtown Memphis to stand insolidarity.

“We claim to be a country that isextremely powerful and resourceful for things we care about and this isAmerican values, we should act that way,” said Mauricio Calvo, ExecutiveDirector of Latino Memphis.

Across the country, local immigrationrights activists held vigils to show another side of the immigration debate andhere in Memphis to celebrate the return of their friend knowing the fight isfar from over.

“We hope that Manuel’s case willhighlight it is possible but at the same time we know so many other timespeople don’t have the clout that he had being a journalist and having a stronglegal team and other things that some people don’t have access to,” Calvoexplained.

“They would wake up in the middle of thenight because the heater had been turned on in the Summer for no reason.  Images in Etowah are not allowed to gooutside,” Valdez said.

Duran’s Attorney says she is filing forasylum protection on behalf of her client. Local 24 News will keep you updatedon Duran’s next court appearance.