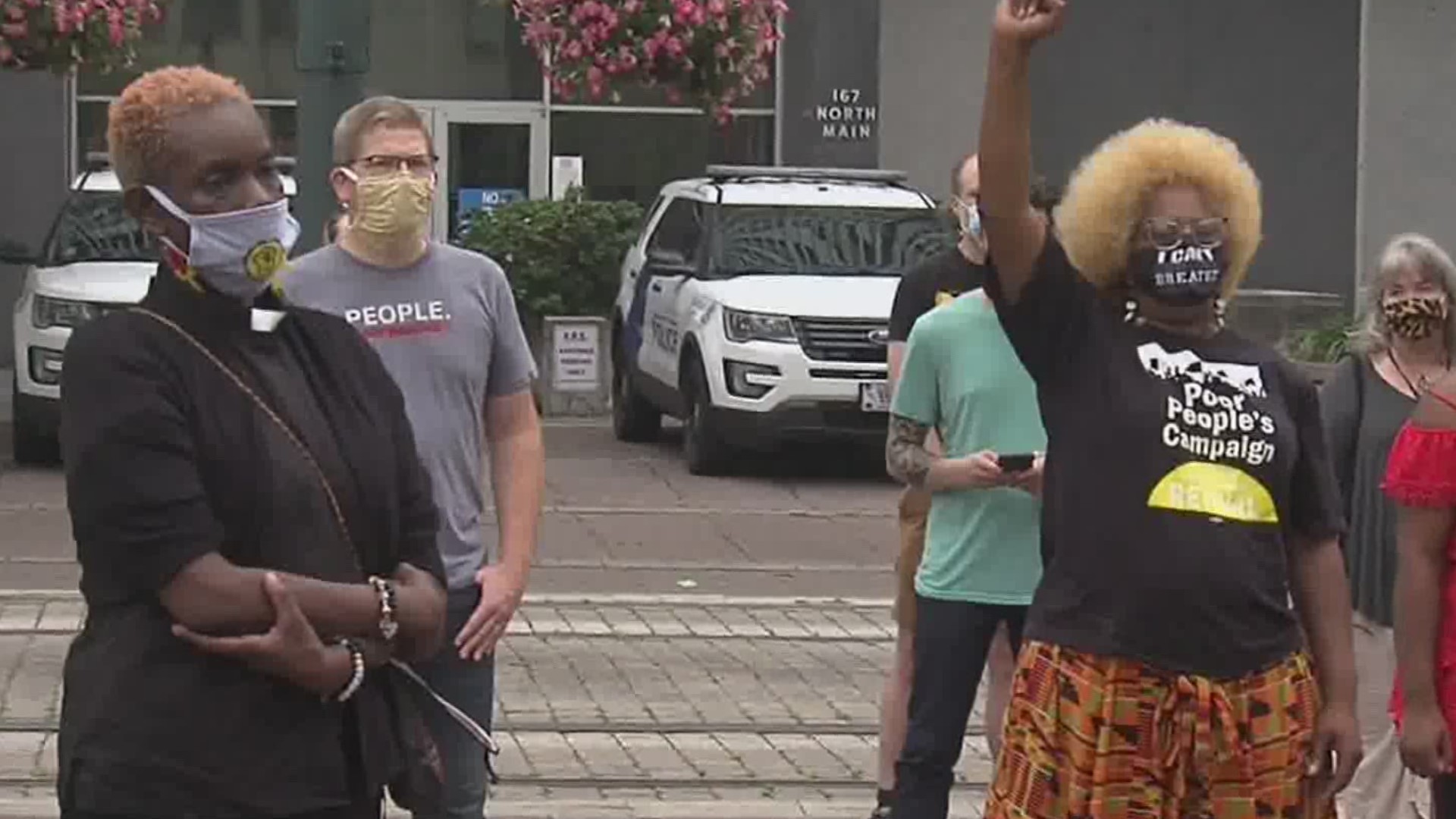 Last week, the Department of Justice announced 'Operation LeGend,' which will provide the Bluff City dozens of federal investigators.

Those in opposition argued more intervention - not more policing - is the answer to make Memphis safer.

"We do not want or need federal interference in local affairs," Chelsea Glass said.

"This is an ideological, political ploy to justify and continue the criminalization and over-policing of our community and our people," Cardell Orrin with Memphis Non-Profits Demand Action said.

The DOJ said the federal assistance is coming to Memphis because of a significant year to year spike in gun crimes and homicides. This past July saw nearly three times as many homicides compared to July 2019.

Memphis Mayor Jim Strickland defended Operation LeGend, saying: "we need more officers to investigate violent crimes to get violent criminals off our streets. As long as these federal agents are focused on this task, we will be supportive.”

"If you address poverty, then the crime will take care of itself," Glass said.

That's why the demonstrators argued a safer Memphis requires different investments and a different approach.

"Rather than putting more money into the policing of our communities, we should fund non-police first responders, like mental health specialists and community interventionists - even our own 901 Bloc Squad," Orrin said.

In addition to Operation LeGend, earlier this year, the Department of Justice also announced nearly $10 million for the Memphis Police Department to hire 50 additional officers.