The three-day event will be reminiscent of a drive-in movie experience. 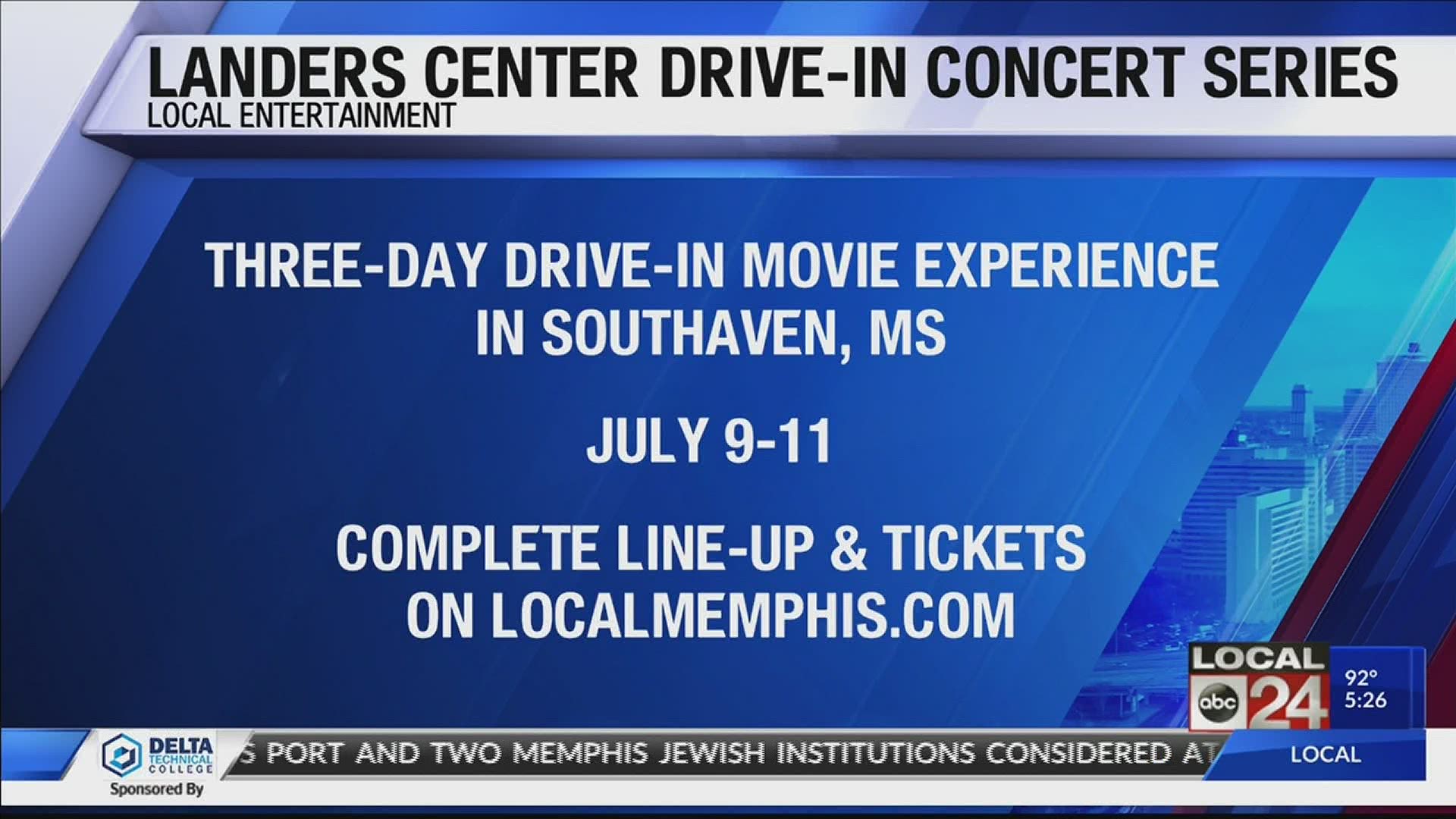 SOUTHAVEN, Miss — UPDATE 7/6/2020 - The Landers Center Drive-In Concert series is being rescheduled for July 30-Aug. 1. As of right now, all acts and set times will remain the same.

The three-day event is reminiscent of a drive-in movie experience, with 713 total vehicle spots available for each event.  Audio will be transmitted via an FM radio station that will be displayed on a screen onstage prior to the show’s start time.

The Songwriters Series on Thursday, July 9 featuring Jim “Moose” Brown and Don Sampson kicks off the festivities. Brown and Sampson have written many hits over the years and will take the opportunity to play those songs live on stage for fans.

Academy of Country Music Award and Grammy Award winner Brown has had a diverse career, from playing on more than 25 No. 1 country singles to touring and recording with Bob Seger as a member of the Silver Bullet Band. A 2010 inductee into the Arkansas Entertainers Hall of Fame, Brown has written, co-written and co-produced countless notable country songs, including Alan Jackson and Jimmy Buffett’s “It’s Five O’Clock Somewhere” and Daryl Worley’s “Sounds Like Life to Me.”

On the second night of the series, Friday, July 10, Scotty McCreery will headline the evening’s festivities, taking the stage for his first performance since mid-March and the first drive-in show of his career.

Since Scotty McCreery’s career took off in 2011, he has received multiple industry awards. He has been named the Academy of Country Music’s New Artist of the Year and Breakthrough Artist of the Year and won the CMT Music Awards’ Breakthrough Video of the Year, the BMI Awards’ One of the Top 50 Country Songs of the Year three times, the NSAI Nashville Songwriter Awards’ One of the Top Ten Songs I Wish I’d Written, among others. McCreery has earned three back-to-back No. 1 hits from his most recent album “Seasons Change,” and all four of his albums debuted at No. 1 of the Billboard Albums chart, selling more than 3 million copies. Moreover, his current hit, “In Between,” recently came in at No. 1 on Billboards’ country airplay chart. This is the third time a song by McCreery has reached the top spot.

The finale of the series will features Old Crow Medicine Show on Saturday, July 11.

Tickets for all three events go on sale July 1 at 10 a.m. and can only be bought through Tickemaster.

For more information about the drive-in concert series, click here.  You can purchase tickets here, or download the Ticketmaster mobile app.