MEMPHIS, Tenn. (localmemphis.com)- A Memphis woman is frustrated after she says a police report blames her for getting hit by a car at a marked crosswalk on So... 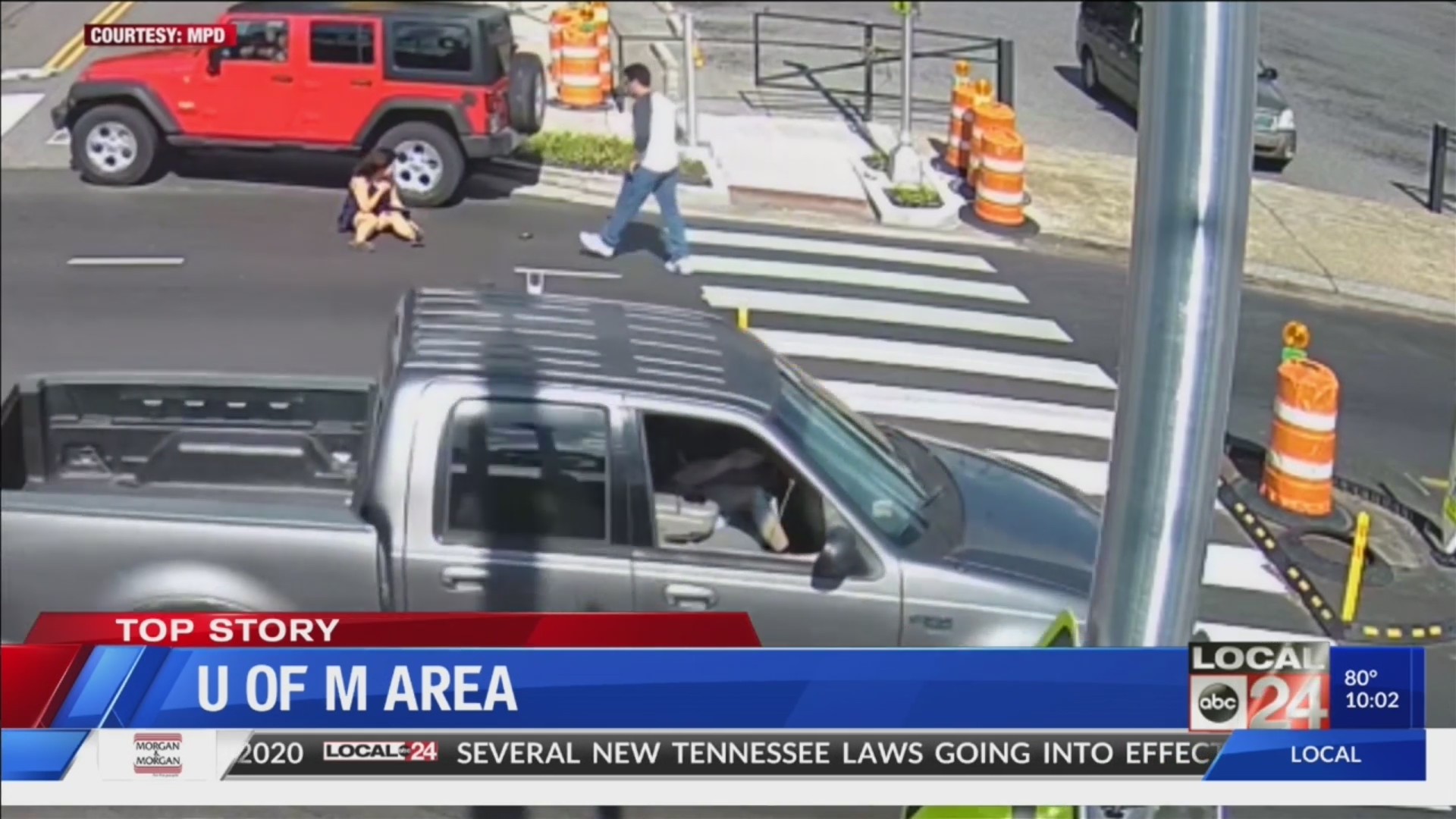 MEMPHIS, Tenn. (localmemphis.com)- A Memphis woman is frustrated after she says a police report blames her for getting hit by a car at a marked crosswalk on South Highland.

Marlen Delgado was out with her boyfriend on June 20th when a red Jeep ran into her.

SkyCop camera footage above the crosswalk recorded the moment when Delgado’s right leg was injured by the car’s tire.

“I tried tofinish crossing but that’s when I was hit by a red Jeep that did not stop atthe crosswalk,” said Marlen Delgado.

The victim says she was initially confused after the accident.

“It took melike a couple of seconds to where I was like okay what hurts. Like does my headhurt? What hurts essentially. Then I saw cars still coming. So, my firstinstinct was I need to get out of the street because I landed in the street andcars were still kept going.”

The driveropened her car door letting Delgado know she was going to stop, but theresponding officer who came to the scene did not cite the driver the same day.

The first policereport shows conflicting statements that the crosswalk button was even pushed.

“When I sawthe police report I saw that the driver hadn’t been charged because of theextra precautionary lights there,” said Delgado. “Which doesn’tmake any sense because there are clear signs all over saying ‘hey if there’ssomeone in the crosswalk, you have to stop.”

The driver toldpolice the crosswalk lights were not flashing, as did a security guard who sayshe saw the incident.

However, anothervideo from MPD of Delgado activating the light system.

Delgado says planters which have been hit by drivers in the past were on her mind when she pressed the crosswalk button.

She says it wasat first a challenge to get the driver’s insurance to accept liability for theaccident.

“The narrative that the police wrote he put a lot of the blame on me saying I had been distracted when I was crossing,” Delgado added. “There were differing versions of the lights.”

Memphis Police later issued a citation for the driver for failing to yield to a pedestrian at a crosswalk after further review.