A second significant backup on I-55 bridge within a week comes ahead of USDOT Secretary's visit to Memphis Thursday to review and update construction. 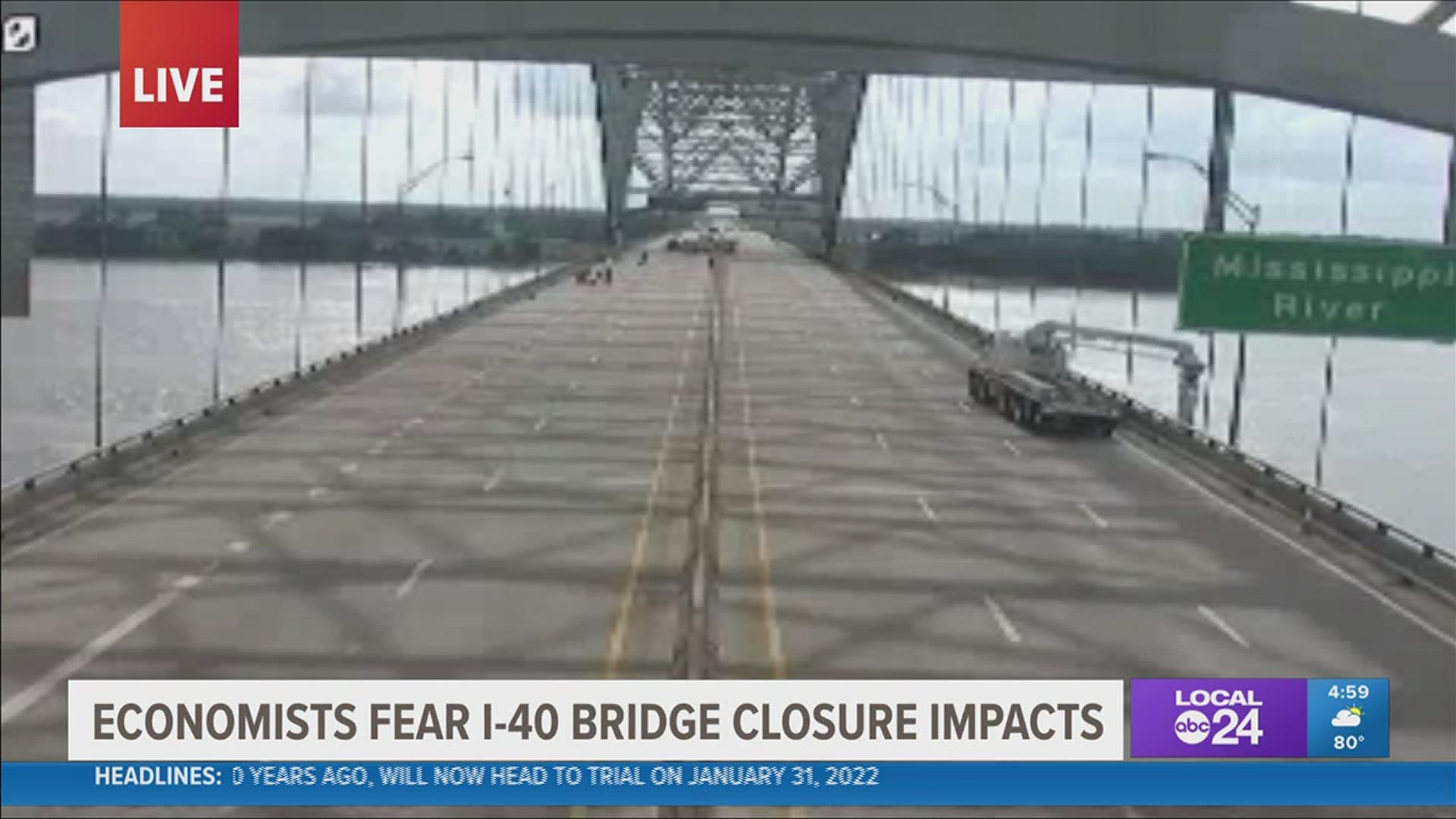 MEMPHIS, Tennessee —
For the second time in less than a week, a temporary closure of lanes on the I-55 bridge in Memphis Wednesday morning for a police situation caused major traffic backups and headaches.

"Any kind of disruption on the I-55 bridge is an extreme setback," Dr. John Gnuschke, a Memphis economist, said.

That gridlock during the morning commute came after a big rig fire shutdown I-55 southbound lanes Sunday night near that bridge.

For now, it's the only Mississippi River crossing in Memphis open during the I-40 Hernando de Soto bridge's indefinite closure for major repairs.

"They're not cut off - but in fact they could be by any accident, okay, on that old bridge, so it's an extremely delicate situation, makes risks much higher," Dr. Gnuschke said.

The longtime economist said the longer the I-40 bridge is closed, costs on everyday goods will go up and profits for companies such as Memphis-based FedEx will go down.

Thursday, U.S Transportation Secretary Pete Buttigieg will be in Memphis to provide updates on the I-40 bridge work and meet with FedEx leaders about the impact of moving goods while it's closed.

"FedEx is the engine that drives Memphis, so whatever happens to FedEx happens to Memphis," Dr. Gnuschke said

He's hopeful Sec. Buttigieg while in town goes on record about another topic gaining steam locally.

"If there's ever a good time for the third bridge, it's right now," Dr. Gnuschke said.

Wednesday, the Arkansas Trucking Association said the I-55 bridge now averages more than 66,000 vehicles a day, compared to the 45,000 before the I-40 bridge closure.

The ATA said their drivers are taking on additional expenses with longer travel, including those forced to re-route around Memphis entirely.

Arkansas Trucking Association today: "We continue to anticipate (I-40 bridge) closure will last months, not days. Commercial trucks continue to incur additional expenses associated with longer travel times and in some cases are being forced to re-route around Memphis entirely."