One night before early voting in the Memphis mayor’s race, Local 24 News learns of some interesting tweets by one of the top candidates. 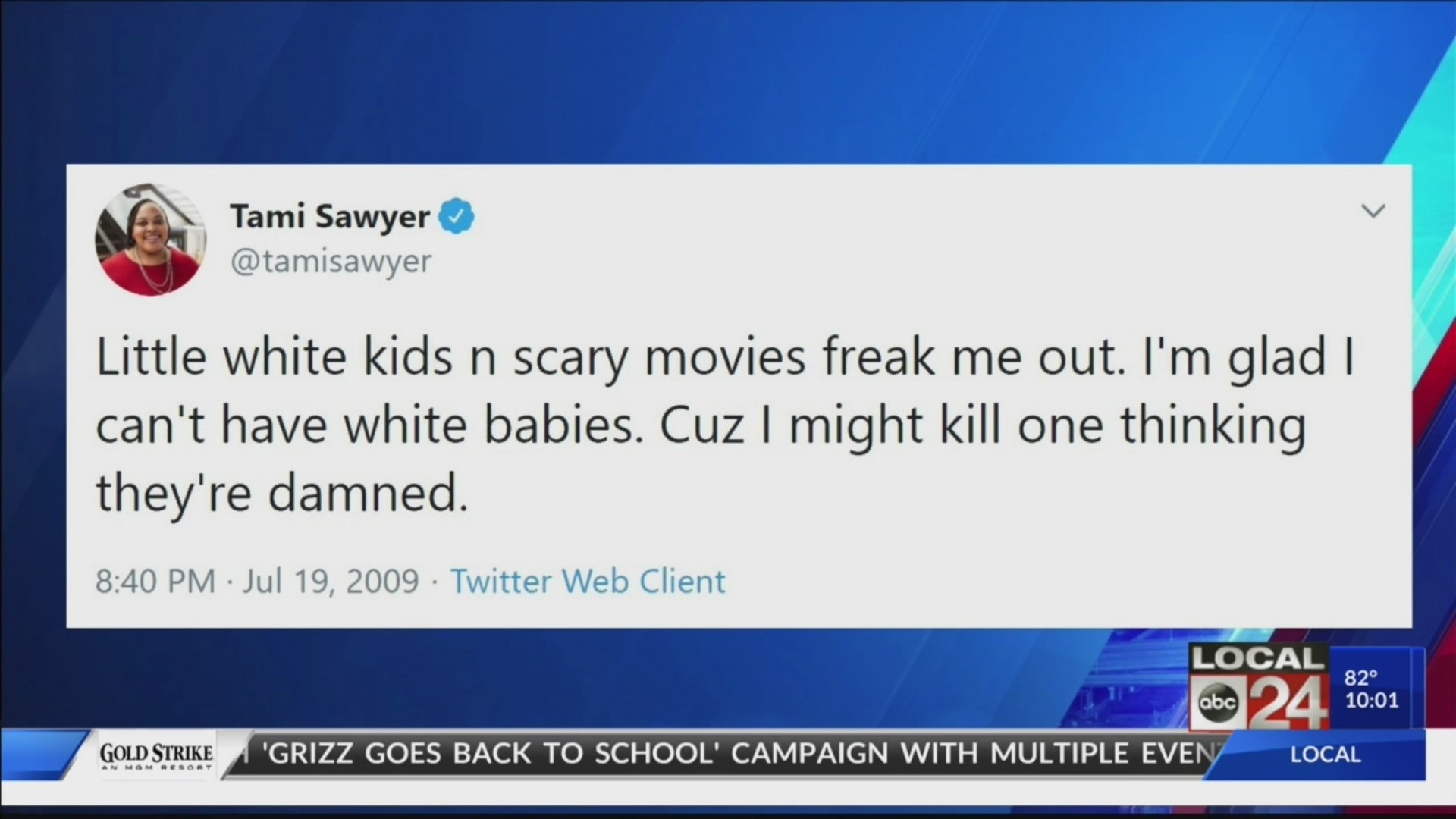 MEMPHIS, Tenn. (localmemphis.com) – One night before early voting in the Memphis mayor’s race, Local 24 News learns of some interesting tweets by one of the top candidates.

Tami Sawyer’s tweets go back as much as ten years, when she was 27, but the views she posted on issues ranging from race to police might raise some eyebrows.

Sawyer’s account has posts going back more than a decade, and they’re still posted for anyone to see.

In July of 2009, she said, “Little white kids in scary movies freak me out. I’m glad I can’t have white babies. cuz I might kill one thinking their damned.”

And finally, in October of the same year, there was this. Sawyer posted, “Cops just got a dude on my block with a DUI. Thanking God for all the time I made it home without fail.. like tonite.”

Sawyer was in Washington, D.C., Thursday and did not respond to our request for comment.

Her campaign spokeswoman said, “We will monitor and respond accordingly, but right now, we have no comment.”

We can examine my decade old tweets out of context and debate what kind of person I was or wasn’t in 2009. Or, we can examine what’s happening in Memphis today.

I’m running because this is life or death for Memphians. The stakes are too high to get caught in this foolishness. pic.twitter.com/M2FIIwgPix

Memphians have questions about what’s happening in their city right now and who has plans to address their concerns. I share those questions.

Get out and vote, y’all. #wecantwait