They wake up every day, go to work, and pray they make it home alive. Most times they do. Sometimes, they don't. They are the first responders, the police, ... 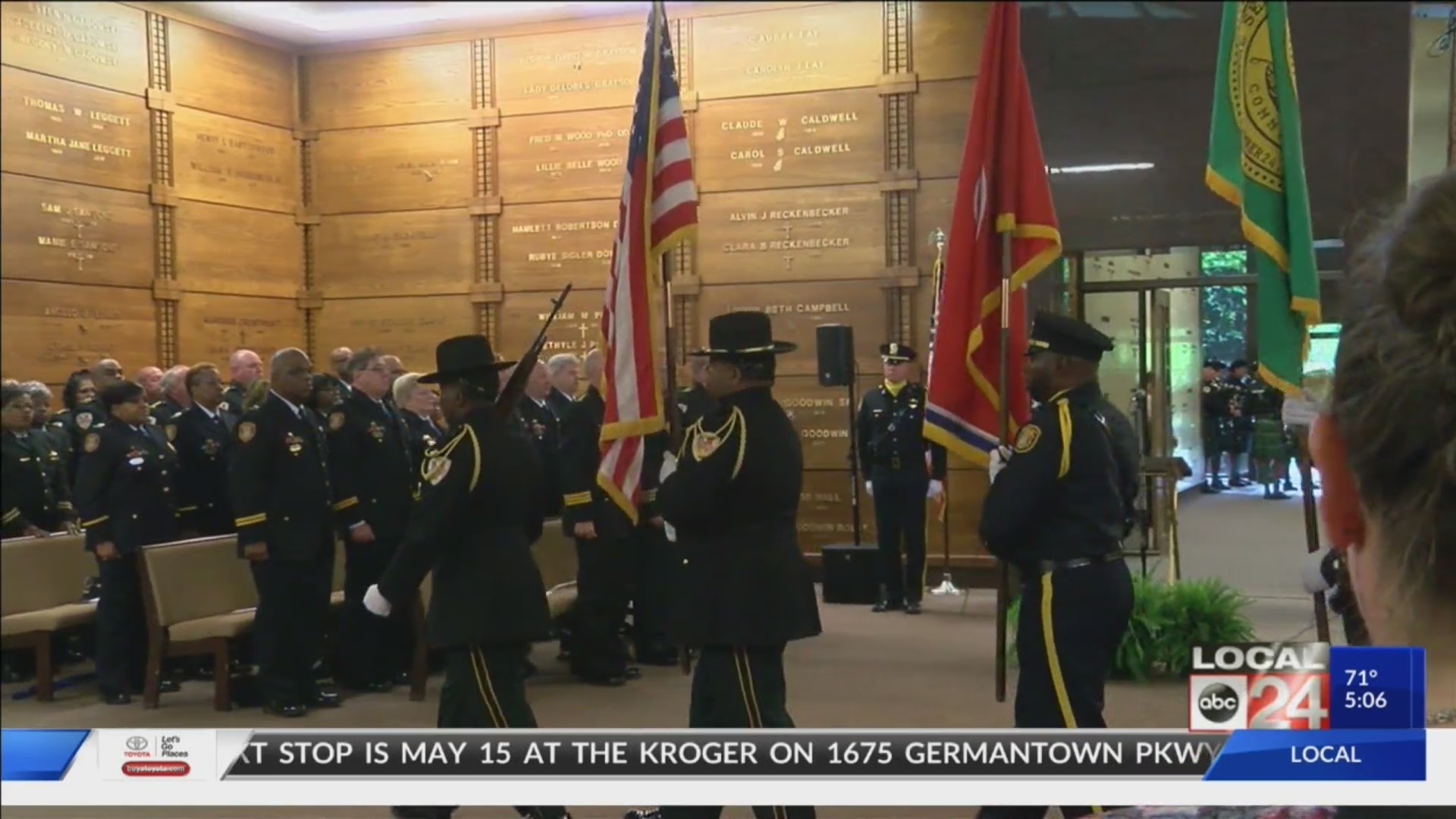 MEMPHIS, Tenn. (localmemphis.com) – There are 365 days in a year, sometimes 366.
This is one day where they remember firefighters, police, deputies who lost their lives while working.

They are given the highest honors.
A color guard.
Everyone standing at attention.
Everyone in this room either knew or was related to at least one of the people killed in the line of duty.

A violent society learns how to honor its dead.
It is an unfortunate fact of law enforcement and first responder life.
The heads of agencies read a list of names, and it makes people remember. It makes them think.

“Toward the end of my list,” says Shelby County Sheriff Floyd Bonner, “… I do remember these officers, and Sheriff’s Officers, Memphis Police and the fire department. These are guys I worked with in my career. To hear their names being called, who could have imagined?”

They get up every morning and go to work.
They pray they get home alive.
Some don’t.

“Sometimes I get a lump in my throat,” says Memphis Fire Director Gina Sweat, “… Because I’ve been on some of these scenes where firefighters lost their lives. They will always have a special meaning to me because of being there.”

The toughest men and women have souls. They care.
These are the times they let their guards down, and let their true feelings come out.

Memphis Police Director Mike Rallings looked at all the uniforms at the Fallen Heroes Remembrance Service, and said, “All these first responders came together to honor the fallen. This reminds us we have a job to do and without all of these outstanding men and women, I don’t want to know where we would be.”