Family members are sharing their grief and after the death of a teen pilot, who crashed Saturday in Oxford. 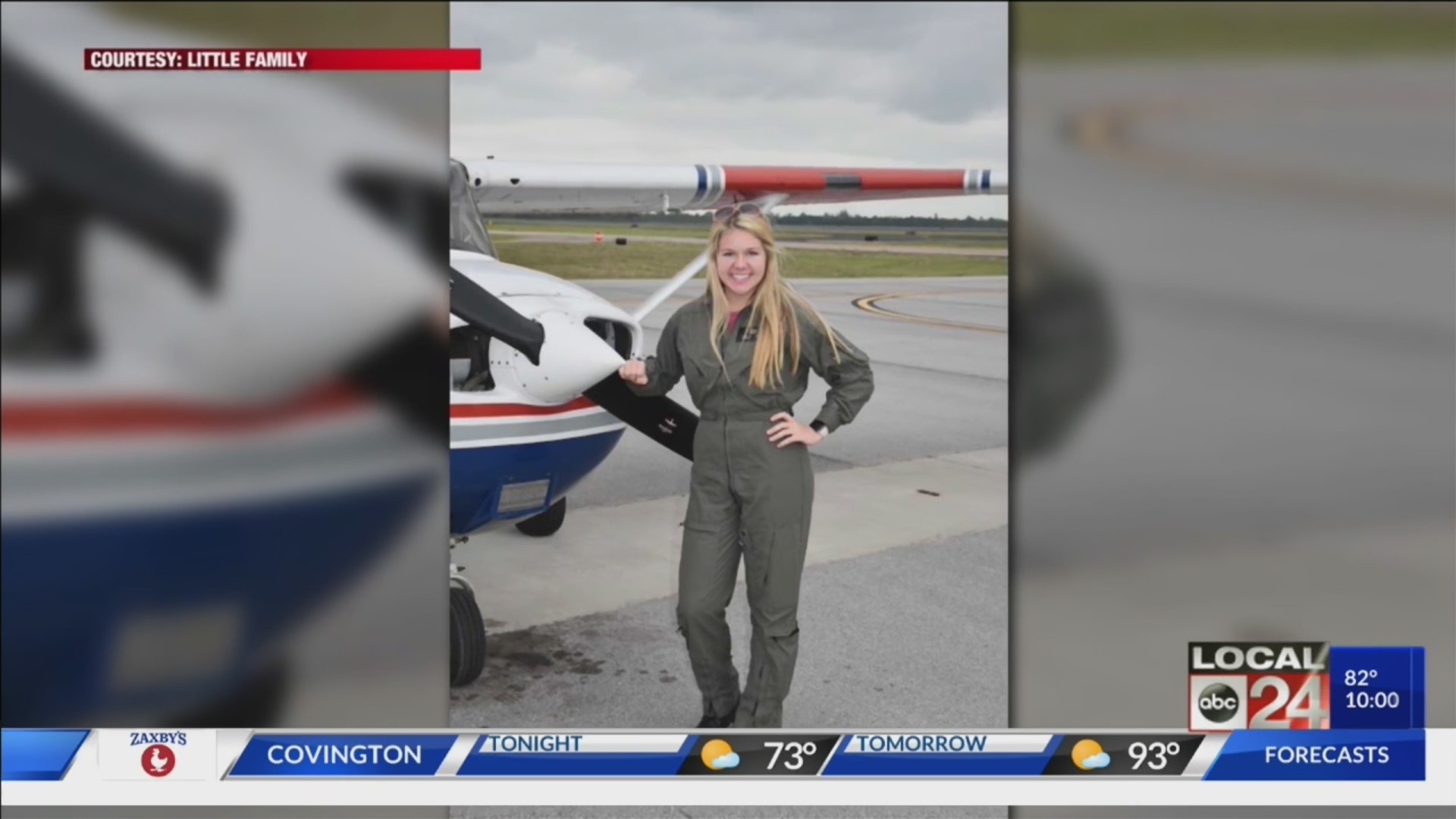 OXFORD, Miss. (localmemphis.com) – Familymembers are sharing their grief and after the death of a teen pilot, whocrashed Saturday in Oxford.

18-year-old Elizabeth “Lake” Little was thedaughter of a Starkville alderman and volunteered much of her time in thecommunity. Monday, air safety investigators with the NTSB arrived at the crashsite to determine what went wrong.

Little died after her Cessna 172 crashed at theOle Miss Golf Course Saturday. She was practicing “touch and go”takeoffs to get her pilot’s license.

“Lake was the funniest person,” saidLayton Little, the teen’s older brother. “She was funky, she was sassy. Shewas determined, she was powerful. She was daring. She had absolutely no fear atall.

Her brothers, Layton and Patton, say she hadbig dreams.

“Helping others was a big passion ofhers,” Patton Little. “She wanted to be an Air Force pilot. But shewanted to go get her degree in speech pathology.”

She planned to study at the University ofSouthern Mississippi and founded “Reading Matters,” an organizationfor young students.

“It didn’t seem like she was takinganytime for herself other than to improve herself in things like flying,”said Hainsey. “I spoke with her actually before she went flying. She wasreally excited about going on that flight.”

Her family is now comforted by how much sheimpacted others.

“It’s been awesome being able to hearpeople’s stories about her and the way that she made them feel,” saidLayton. “She always made people feel like they were important. and theywere valued and they were wanted.”TheLittle family says they are looking forward to answers about what led to theirloved one’s crash. A preliminary report by the NTSB will be available in thenext two weeks.