Fire at Memphis landfill under investigation

The Tennessee Department of Environment and Conservation is investigating the cause of a fire at the South Shelby Landfill in Memphis over the weekend. 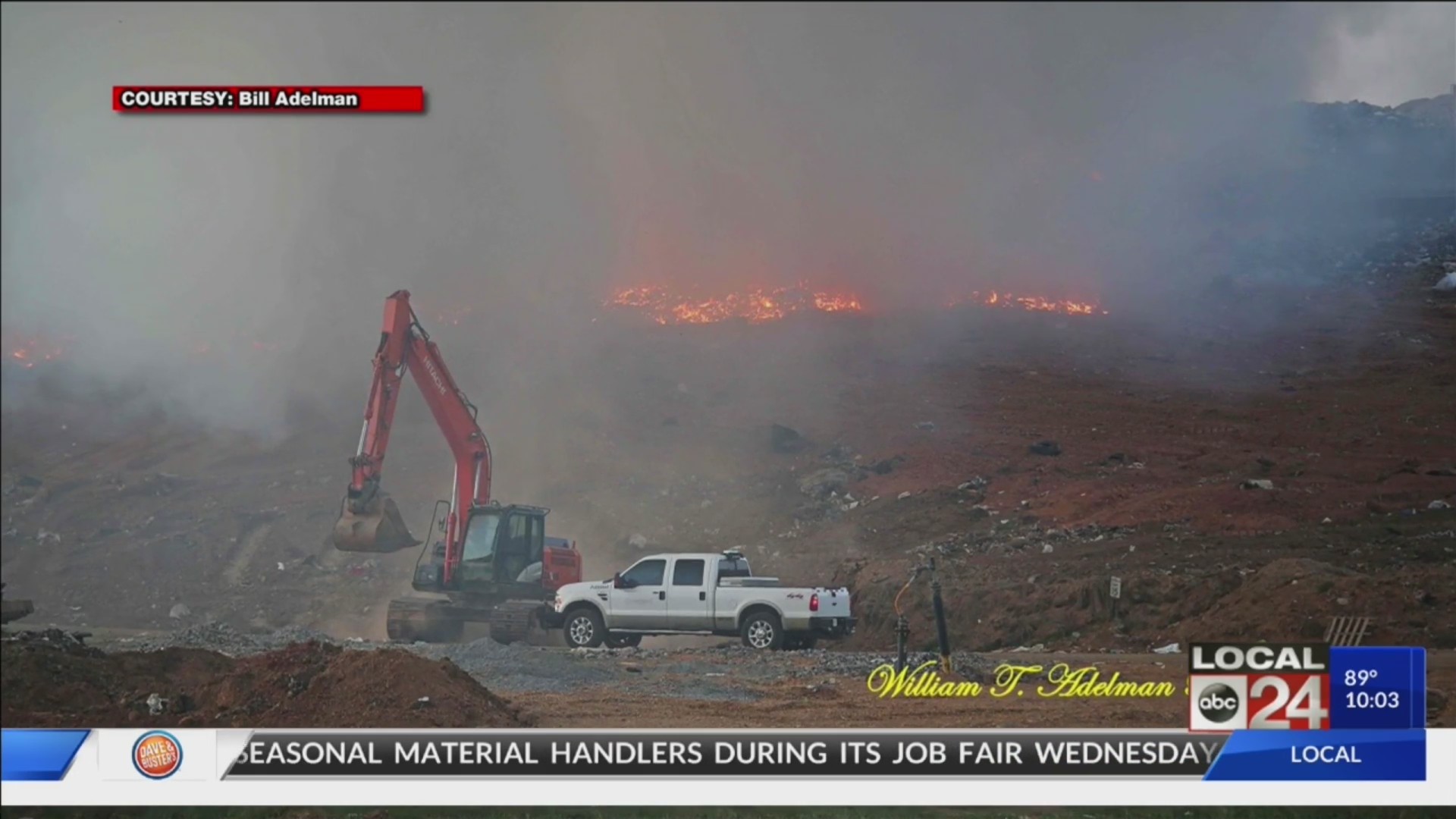 MEMPHIS, Tenn. (localmemphis.com) – The Tennessee Department of Environment and Conservation is investigating the cause of a fire at the South Shelby Landfill in Memphis over the weekend.

The fire near the Tennessee-Mississippi state line sent plumes of smoke into the air and a bad stench across the area for two days.

The Local I-Team went digging into what may have caused the fire and uncovered recent  violations at the facility. TDEC visited the landfill Monday. Republic Services operates operates the landfill.

By the time TDEC staffers went to the site, the fire was out so there was no immediate threat to the environment of public health, but some residents have questions about its safety.

It doesn’t look like much now but if take a look at these pictures from the weekend when the landfill was on fire, pictures show  trash burning and clouds of smoke filling the air.

Elijah Raggs lives in the neighborhood adjacent to the landfill.  “I saw the flames over there as I was driving down Pleasant View. It was a big circle of fire,” said Raggs. He added, “That’s toxic stuff they are putting in the air.”

No word on what caused the fire, but the stench was smelled from Stateline and Malone Road all the way up into the heart of east Memphis and north from there.

Environmentalists say what’s scary, is this landfill takes in special waste that includes things such as sludge, medical and industrial waste, and even asbestos.

State documents show two months ago the landfill was issued a notice of violation. The inspection found the operator was cited for a long list of problems that included having inadequate erosion control, inadequate maintenance of a run off system, and inadequate operating equipment.

“It would be nice if wasn’t there, but there is not much you can do about it,” said John Deordio, neighbor.

“I’m very concerned about that landfill. They should close it down as far as I’m concerned,” said Raggs.

Raggs has lived in the neighborhood next to the landfill 11 years and says if he could turn back time, he wouldn’t have bought the house. “If I had known there was a land full that close no way I’d bought,” said Raggs.

TDEC says the violation issues from July were corrected. We contacted Republic Services for information about this weekend’s fire, but no one returned our call.