While the number of breweries in the country has skyrocketed in recent years, few are Black-owned. 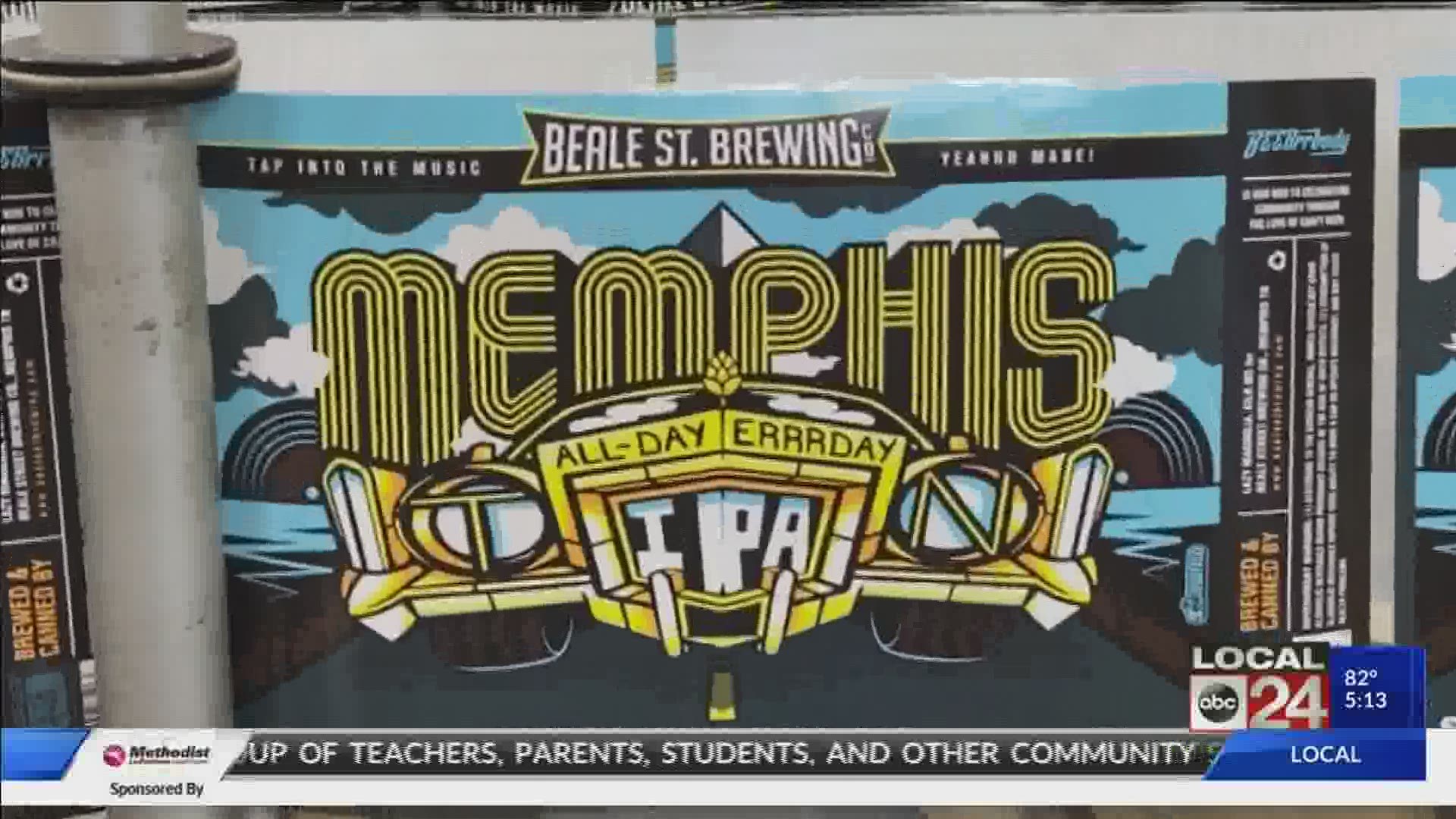 MEMPHIS, Tenn. — The newest beer to hit the shelves in Memphis is also from the city's first Black-owned brewery. Beale Street Brewery is a celebration of all things Memphis and hopes to grow a new demographic of craft beer drinkers.

"We want to be apart of the what’s right with Memphis conversation," Kelvin Kolheim said. “We feel like this is Memphis’ brewery and we want to make Memphis proud."

He hasn't opened a physical space yet as they continue to find a permanent home, but until then, he's still pushing out beer to local stores.

Kolheim is humble of the fact that he's the first Black-owned brewery to open in the city but what he does say is his brewing company is intended to be a celebration of Memphis.

“It’s a flag that you can stick in the ground and hang our hat off but we like to say that we look to celebrate all Memphians," he said. "It’s another accomplishment. We’re proud. Wish there was more. Hopefully there will be more.”

Something fun is brewing this AM 🍻

Have you seen Space Age Sippin on the shelves yet? It’s the first Black-owned brewery to open in Memphis. We’re live on #GoodDayMemphis pic.twitter.com/HPhQqST2EJ

Beale St. Brewing currently has two beers on the shelves with two more hitting stores next week. All beers have a special nod to Memphis.

The signature brew, Space Age Sippin is a hazy IPA that celebrates Memphis hip hip legends 8Ball and MJG. The second is the Centsational IPA, a nod to Penny Hardaway.

"It's a cheers to all Memphians," Kolheim said.

Recently, Kolheim and eight other Mid-South breweries and craft beer businesses collaborated to make a '"Black" Is Beautiful' stout which will be sold at all local taprooms. The beer is part of a nationwide movement by breweries to come together to support Black Lives Matter.

Also on #GoodDayMemphis — we’re talking about how local breweries came together to brew “Black” Is Beautiful. Proceeds go to support a local organization fighting for #BlackLivesMatter pic.twitter.com/RVWndhW1rV

“It’s something that needs to be celebrated to start dialogue and conversation with some challenges that are in the world today," Kolheim said.

Kolheim said he hopes through his brewery and the collaborative beer, there can be a growing dialogue around Black issues but also growing a Black demographic of craft beer drinkers in a predominately white craft.

The "Black" Is Beautiful stout is expected to go on sale starting Saturday and can first be picked up at Memphis Made and Meddlesome. The following weekend it is expected to be available at Wiseacre, Ghost River and Crosstown.

Proceeds from the beer sales will go to benefit MICAH. 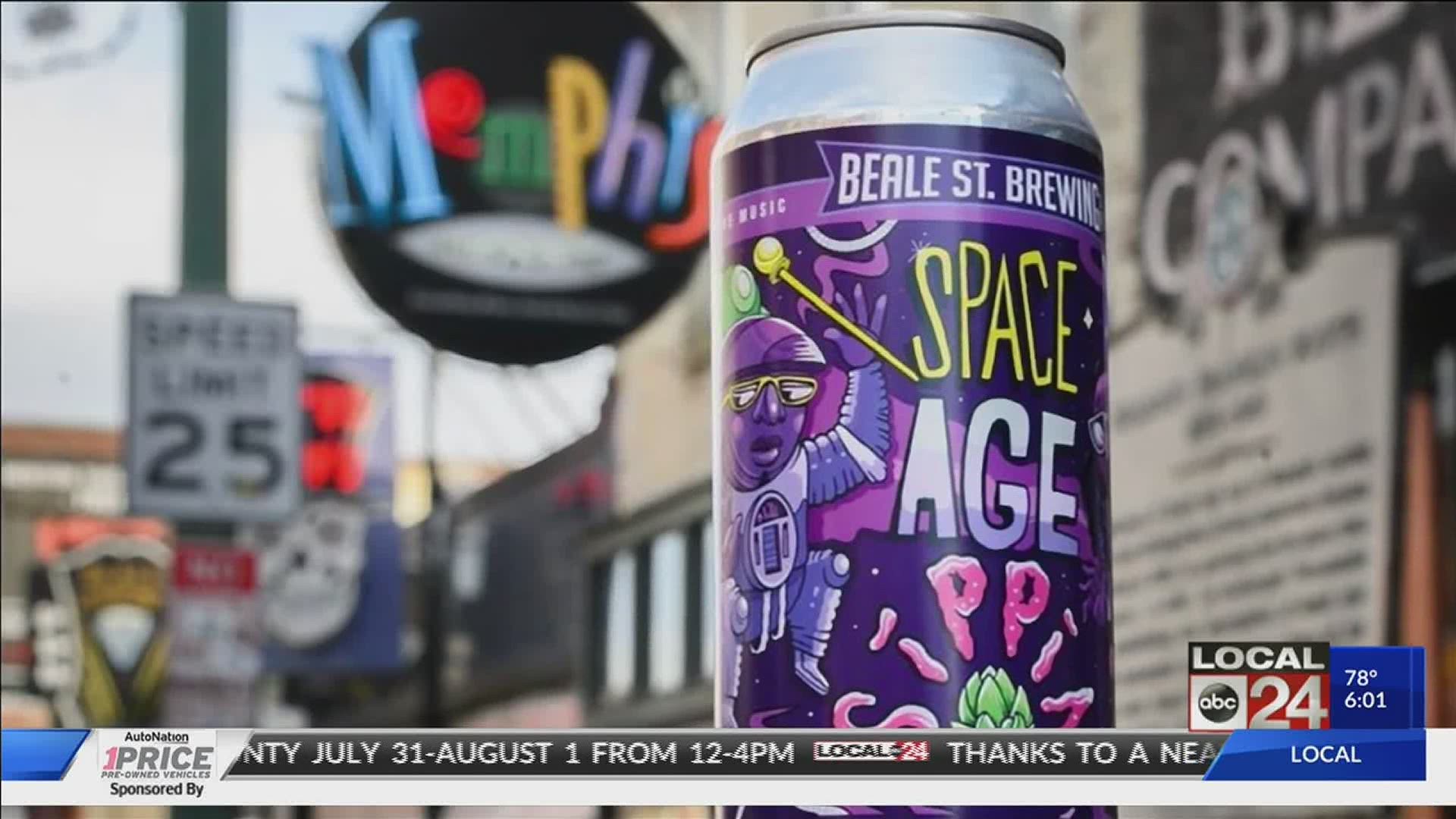