Gerry Hallcox underwent double bypass surgery a year ago, but now he's out on the trails multiple times a week. 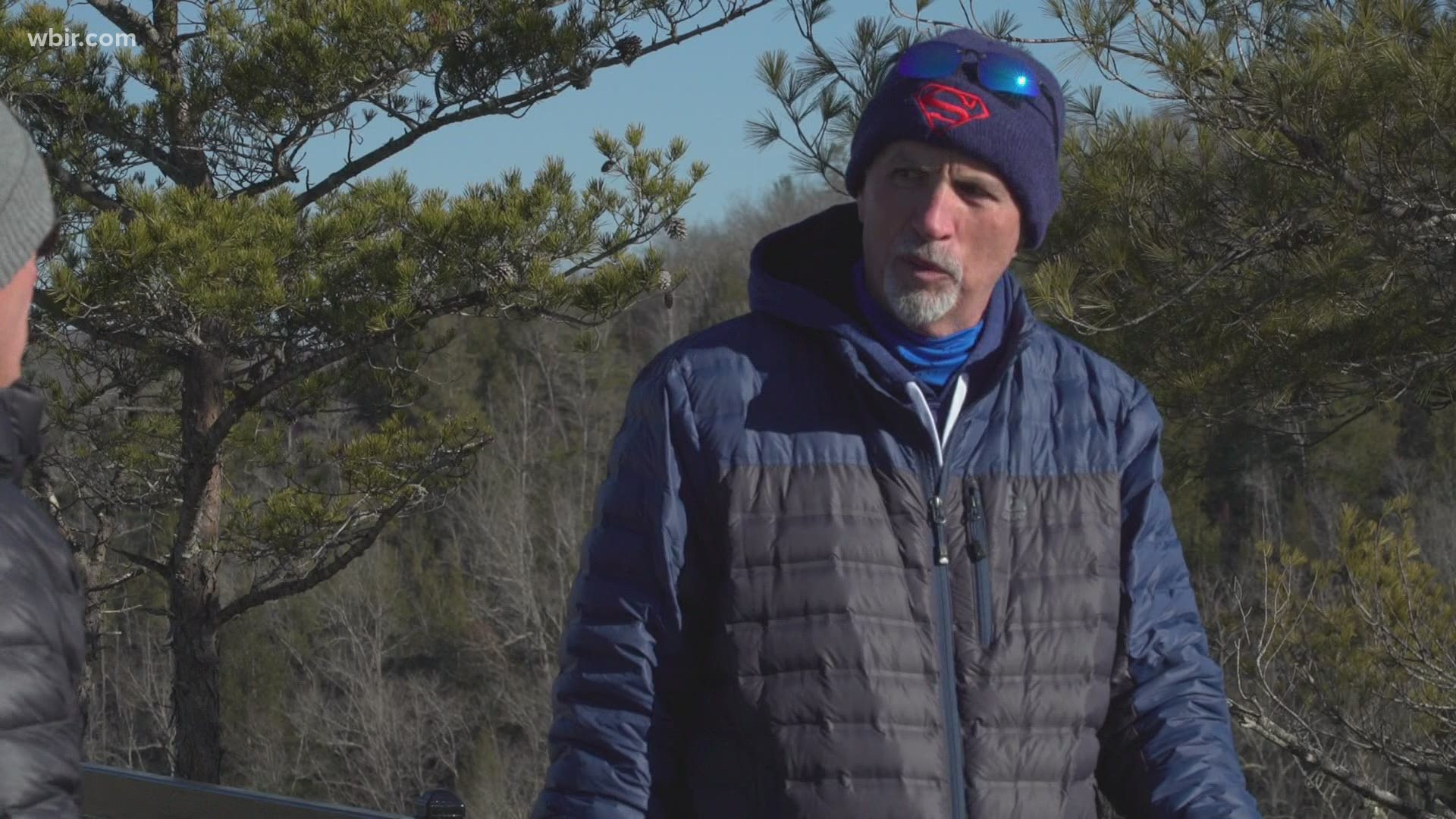 KNOXVILLE, Tenn — Gerry Hallcox is in his happy place when he's outside.

"The peace. The stress relief. It's the exercise. I feel like my whole body's getting exercise when you're climbing over rocks and trees and going up and down hills," Hallcox said.

The 63-year-old, who goes by G-Dog on the trails, is most recognized by his blue and yellow Superman gear.

"That does not stand for 'senior,' or 'stupid', it's 'Superman.' When you wear that, it gives you confidence. It's just a little confidence builder. It's like, 'Okay, you have to do this because you're wearing this,' so you have to do it,' Hallcox said about the signature S on his clothes.

Hallcox is a real-life Superman. One year ago, while at the gym, he felt a pain in his neck that could've killed him.

"The Widowmaker. It's blocked. I think it was 75%. And, so I went right into surgery that day," Hallcox said.

Doctors performed double bypass surgery, saying it could take up to a year to recover, but after several weeks, Hallcox started slowly walking and rebuilding his strength.

"I would walk in the house. And, then I would sit down and rest. Then I got to where I was walking down the stairs. I would just kind of start timing myself and I started doing more and more and more. Then, finally, I started going outside and walking my driveway," Hallcox said.

Three months in, he was back to hiking short trails at Frozen Head State Park, and to celebrate a year post-surgery he hiked Laurel Snow Pocket Wilderness in Dayton, Tenn.

"I try to take pictures that people will enjoy who can't get out -- people that can't get out or they can't walk -- and older people.  I get a lot of comments from older people, and that just makes me more determined to get out and go do it again," Hallcox said.

Hallcox hopes that the pictures he posts while hiking or biking or whatever adventure he's taking will inspire others or at least make them smile.