At 16 years old, Marinna Andriopoulos is using her hurt to help others. Her new song "More than Enough" shows the impact of bullying and how she rose above it. 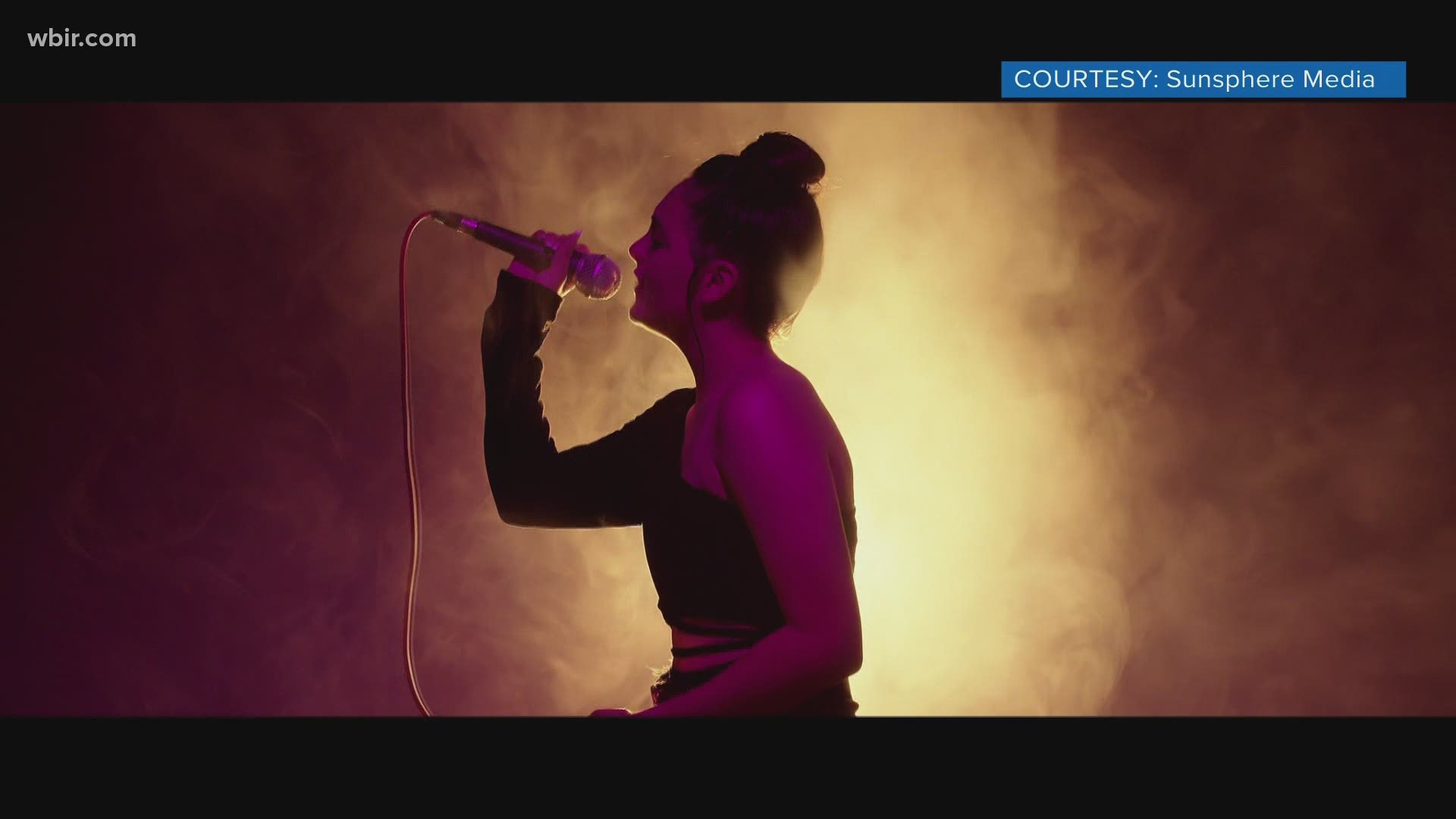 KNOXVILLE, Tenn. — At 16, most teenagers are learning how to drive, but Marinna Andriopoulos is learning to fly in the spotlight.

At 12 years old, Andriopoulos appeared on WBIR's Live at Five at Four as a junior anchor. Since then, she spread her wings in the entertainment industry.

She started acting when she was 13 and booked a Netflix role with Morgan Freeman on a show called "The Story of God." More recently, she got serious about singing and songwriting.

The teen said she has always love to write songs and started playing around with lyrics at 6 years old.

Now, she shares her talents, from songs and dances, on TikTok.

"I've always loved being in front of the camera," Andriopoulos said.

She's making it her mission to release songs with a personal message, one where she hopes to help through her hurt.

"A lot of people were bullying me and I don't normally openly talk about my whole experience or my time with being bullied, but I think that in a song, a lot of people can take it how they want it and I know it can help other people, especially when you listen to it in a song," Andriopoulos said.

Her new song, "More than Enough" focuses on how it feels to be bullied, but ultimately coming out on top. Scenes in the soon-to-be-released music video show rain pouring down as she sings in downtown Knoxville and in cries in her car.

She's not letting the bullies win, saying success is the best comeback.

Part of the song's lyrics are symbolic of that, saying, "Breaking free from all these chains just like a bird free from her cage, so much stronger now, because I learned how to believe I'm more than enough."

She hopes others hear the song and are encouraged to keep going.

"If someone has ever bullied you, and you want to prove them wrong, go ahead and do it because they're going to be the ones that are going to be sorry at the end," Andriopoulos  said.

With 16 other songs already written, she's looking to the future, keeping the bullies in the rearview.

"Don't listen to people that are hating on you, I would say be yourself and just do what you want to do, because if you don't, then you're going to regret it later," Andriopoulos said.

You can listen to the song on all major streaming platforms. Her music video for "More than Enough" comes out next week on July 16. You can watch it on YouTube.