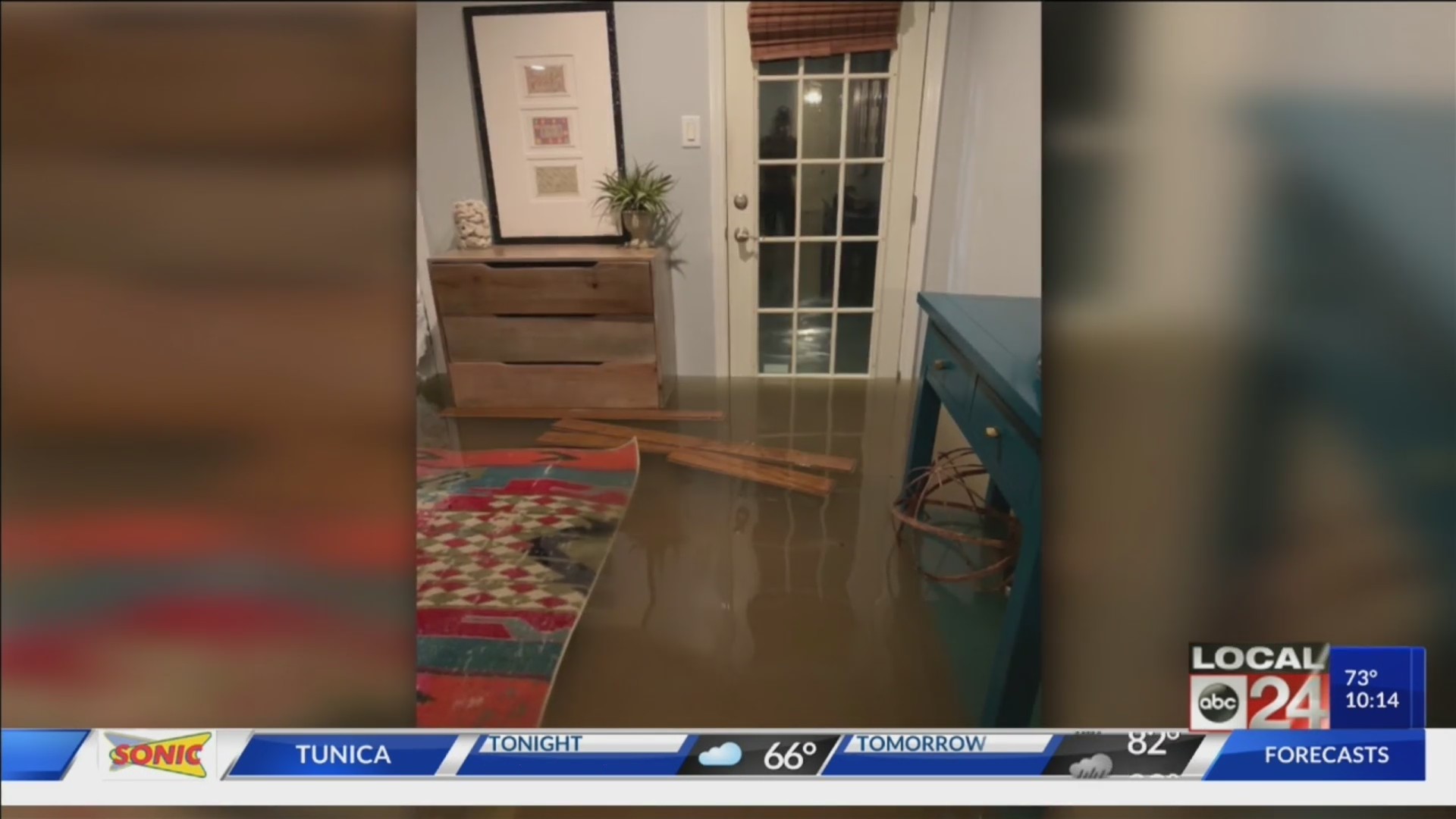 “I looked to the left to see the door and there was water coming out of it and it was everywhere. So I woke up my dad,” said eigth-grader Alex Johnson. “By the time we got back down here it raised a few inches higher than where it was before.”

Families like Alex Johnson’s woke up to knee-deep water flooding into their Germantown home.

“By the time we turned on the lights and looked out, it was it just rose and you just had to keep going. Tried to grab stuff and get out of here,” said her father, Todd Johnson. “It was humbling.”

The family recently invested thousands in renovations into the home, which now have to be redone and won’t be covered my insurance.

“No insurance because of the flood part of it,” said Johnson. “What do you do? It’s demoralizing.”

It’s a similar story for Richard Jones, who lives a few houses down. He was out of town when a neighbor told him his house was flooded.

“It was still devastating to find everything floating around in the kitchen and in the living room,” said Jones, who has lived in his neghborhood for about the last 20 years. “I have a Ford Ranger, I have a Mercedes, vehicles that are not low to the ground per se, but they were all under water.”

Johnson is now questioning the effectiveness of storm drainage in his Germantown neighborhood.

A spokesperson says there is money in next year’s budget for possible improvements throughout the city.

Waste Pro, the city’s sanitation contractor, removed debris from impacted area in the city on Saturday and are sceduled to continue through next week.