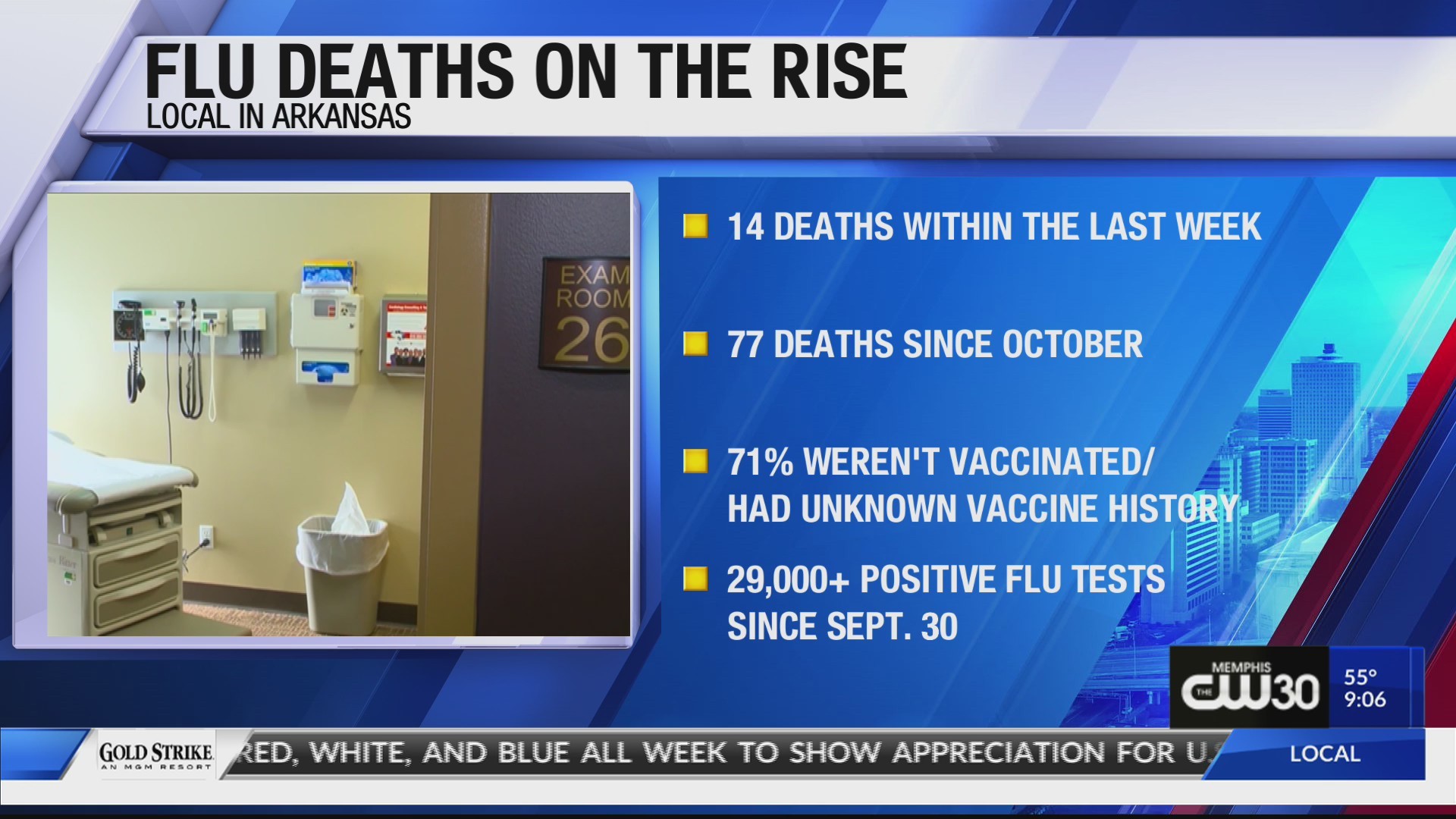 A flu report released today shows that 14 people have died from the illness, making it 77 deaths since flu season started in October.

According to the Arkansas Department of Health, 71% of the victims were not vaccinated or had an unknown vaccine history.

Since September 30, more than 29,000 positive flu tests were reported.