The Liberty Bowl is finally getting a face-lift. The renovations are just in time for the Memphis Tigers’ big season opener against Ole Miss August 31. 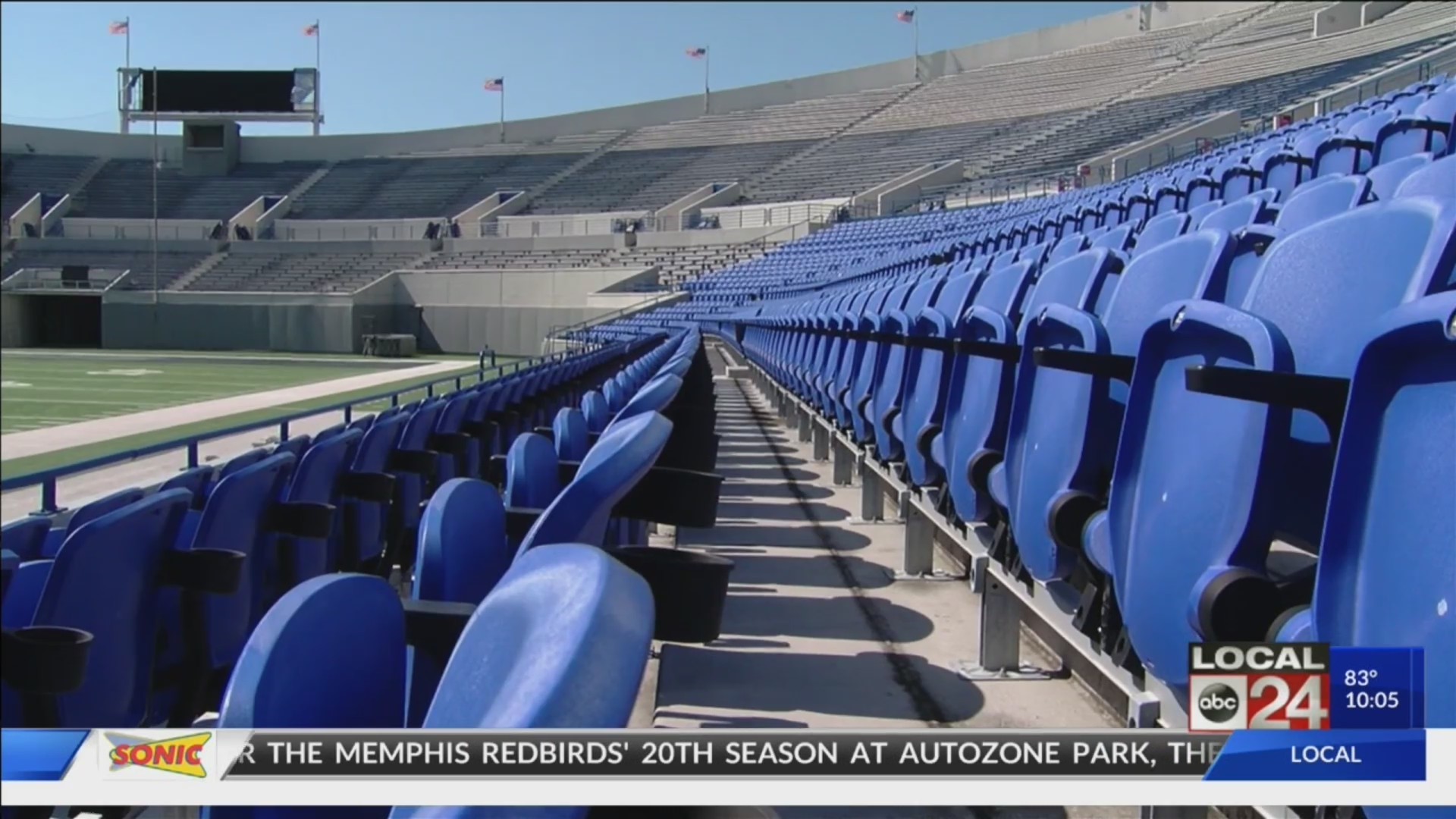 The Liberty Bowl is finally getting a face-lift. The renovations are just in time for the Memphis Tigers’ big season opener against Ole Miss August 31.

As fans enter the gates of the Liberty Bowl, they’ll be met with some fancy upgrades, everything from new concession food to brand new jumbotrons.

“We’re excited to unveil them and see how people like them,” said Liberty Bowl General Manager, Thomas Carrier.

Some of the new features include two new jumbotrons. The older ones are 7 years old and were in need of repair, so the city of Memphis helped with its financing. Construction workers are also putting in new ticket towers.

“We go through and evaluate the quality of the facilities. Every year there’s maintenance that gets done on it,” said Nick Walker, Deputy Director of Parks and Neighborhoods for the city of Memphis.

“There was some storm damage that had delayed getting it cleaned up over the last couple of years. So we just decided let’s go ahead and do it, pulled the trigger, hired a contractor, got them in,” Walker explained.

Foodies can expect some changes too.

If you’re in a hurry, there’s a “Grab and Go” stand to pick up any items you may have left at home. Security will also remain a top priority this year to protect the safety of spectators.

Local 24 News asked the city of Memphis just how much in upgrades are being done. We will let you know those numbers when we get them.