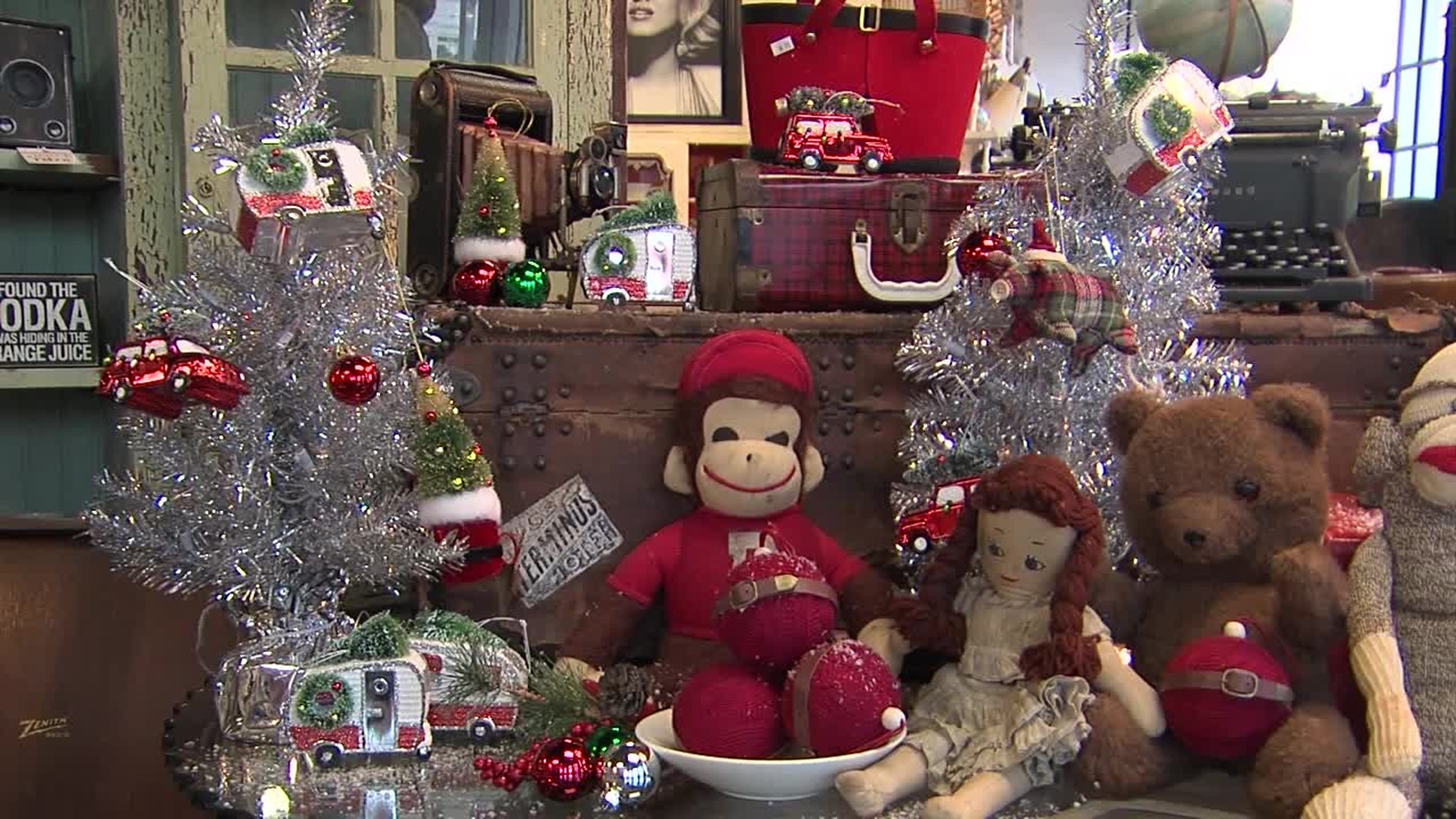 They aren’t the only ones pushing the holiday agenda. Retailers have erected spruces, and fir with bulbs and sparkle to grab your attention. Michelle Warr says, as a shopper, that’s way too early.

How in the holly jolly did we get to this? Researches say it’s because you asked for it, saying shoppers are looking for holiday décor as early as September, but if you’re looking for a grill at any big box store for your July 4th cookout, I’m sure you’d find a Christmas tree that would still look great 6 months later.

Stephanie James says that’s just fine for her, because she likes to deck the halls well before Thanksgiving.

“If it’s before Halloween, it’s too early, but after Halloween you’re good,” said Stephanie. “It’s festive. The Christmas tree goes with the turkey and all of that you know. It’s festive.”

It seems that Halloween is slowly creeping its way into the holiday season.Chuck Gutherie owns The Market on Madison, a shop dedicated to vintage and unique home decor, jewelry, and other accessories. It was beginning to look a lot like Christmas Friday, the day after Halloween.

“We had a lady come in Friday and she said, ‘well you’ve decorated, but you’re not going to turn on the Christmas music are you?’”

The music started Saturday, and Guthrie told me while sitting in the winged-back crimson armchair brought in for visits with Saint Nick that he’s had no complaints.

If you’d like your turkey and dressing before eggnog, then just remember, there are places where Christmas is all year long.