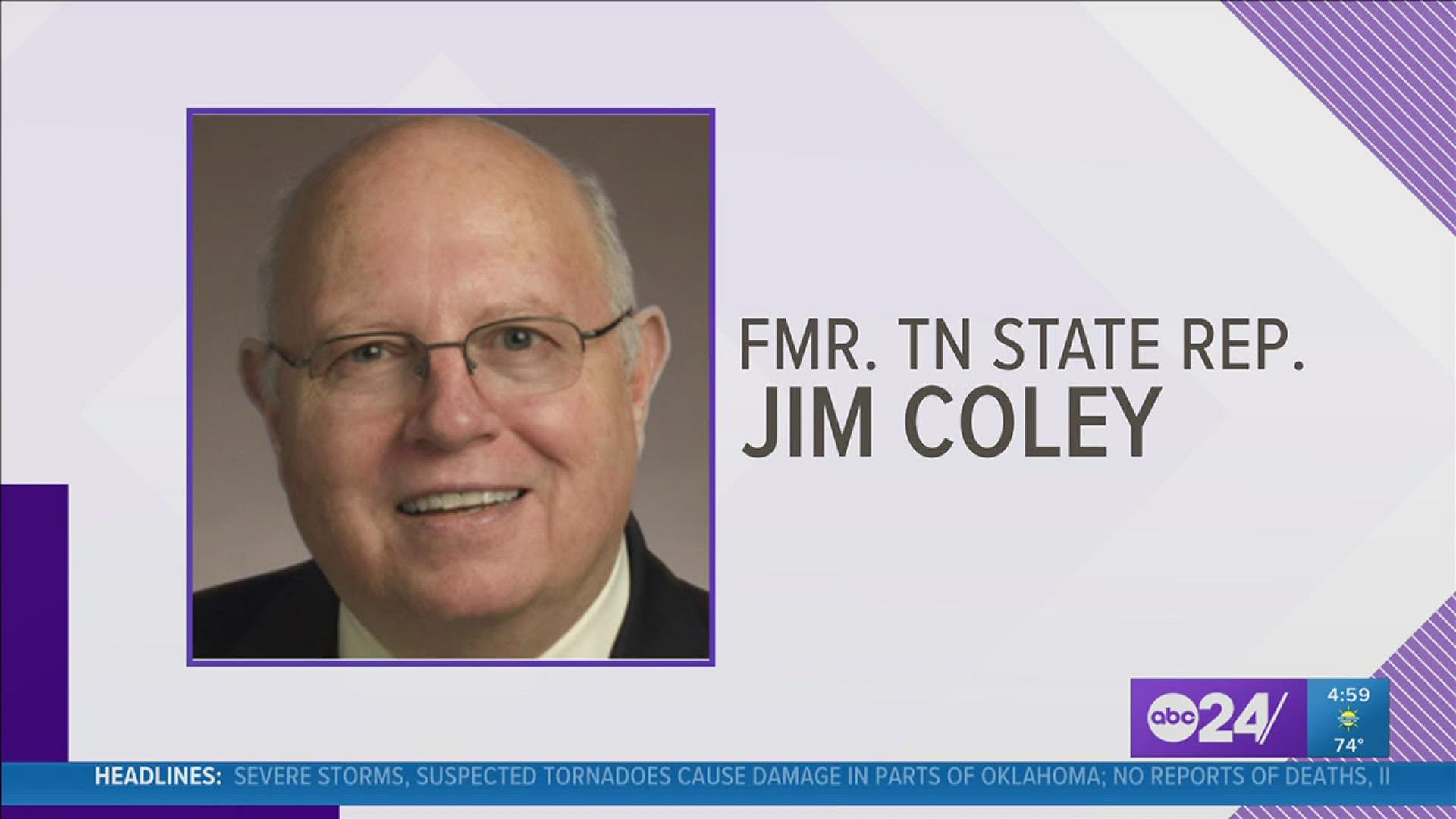 Coley represented District 97, which includes portions of the Memphis suburb, Cordova and East Memphis.  He served in the state House from 2006 until 2020, when he retired.

State Rep. Antonio Parkinson, D-Memphis, issued a statement expressing his condolences; "I just learned of the passing of State Rep. Jim Coley. Jim Coley was one of the kindest, most compassionate persons I knew in the TN legislature. He NEVER let partisanship drive his decision making. He was about the people. His experience as an educator was invaluable to us at the capitol and he was a force in the fight against human and sex trafficking. Tennessee lost a great human being, one of the best I've had the chance to cross paths with. He will surely be missed."

While in Nashville, Coley served on the House Civil Justice Committee as well as the House Education Administration and Planning Committee.

He received his bachelors degree from Memphis State University and later obtained his Masters of Arts degree in teaching from the University of Memphis.

Coley was a retired teacher from Bolton High School.

He was also co-founder of Friends of the Orpheum, co-founder of Bartlett/Northeast Republican Club, Memphis Bridges sponsor, member of the Exchange Club and the Shelby County Education Association.