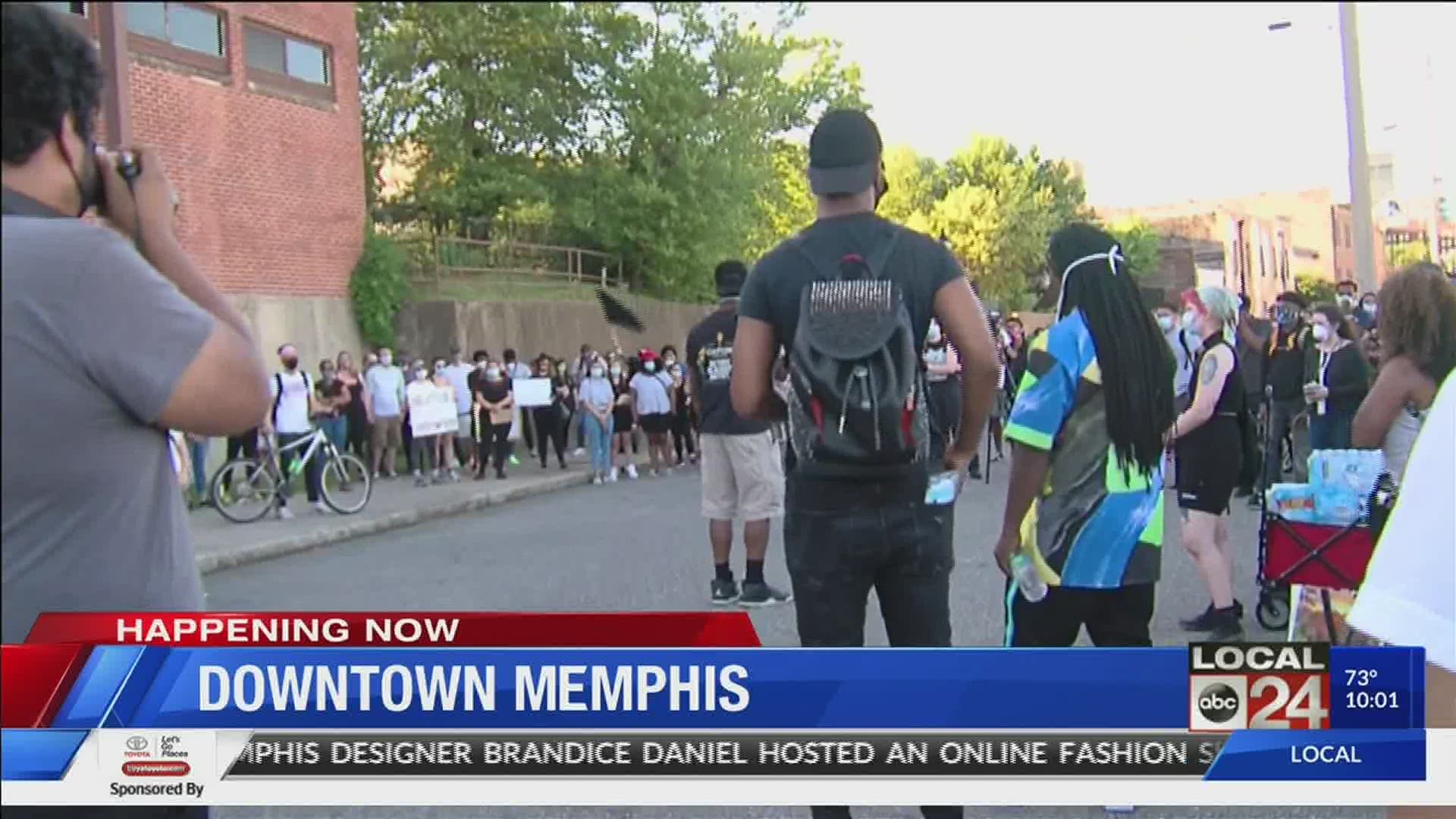 MEMPHIS, Tennessee — Hundreds began their demonstration at the National Civil Rights Museum, marching to the “I Am A Man” plaza before continuing to walk through the streets of Downtown Memphis.

The demonstration ended peacefully at the National Civil Rights Museum.

“I can’t breathe,” “blacks lives matter,” and “say his name” were chanted to honor the life of George Floyd who was killed by a white police officer in Minneapolis.

A few young, black women who spoke with Local 24 News said they will “continue to fight” but they are tired of fighting for justice and equality and feeling unheard.

Organizers commended all who were present for the immense diversity of people who came out. People of all races, ages, and backgrounds attended.

One of those demonstrators, Patty Crawford, said no one should ever fear for their life in their own community.

“You shouldn’t be afraid that your children will be killed from the virus or from a bullet but especially from police violence who are supposed to protect and service the people,” Crawford said.