Derek Chauvin to be sentenced Friday in murder of George Floyd

The prosecution has asked for a 30-year sentence for the former Minneapolis police officer, and the defense asked for a lesser sentence or even probation. 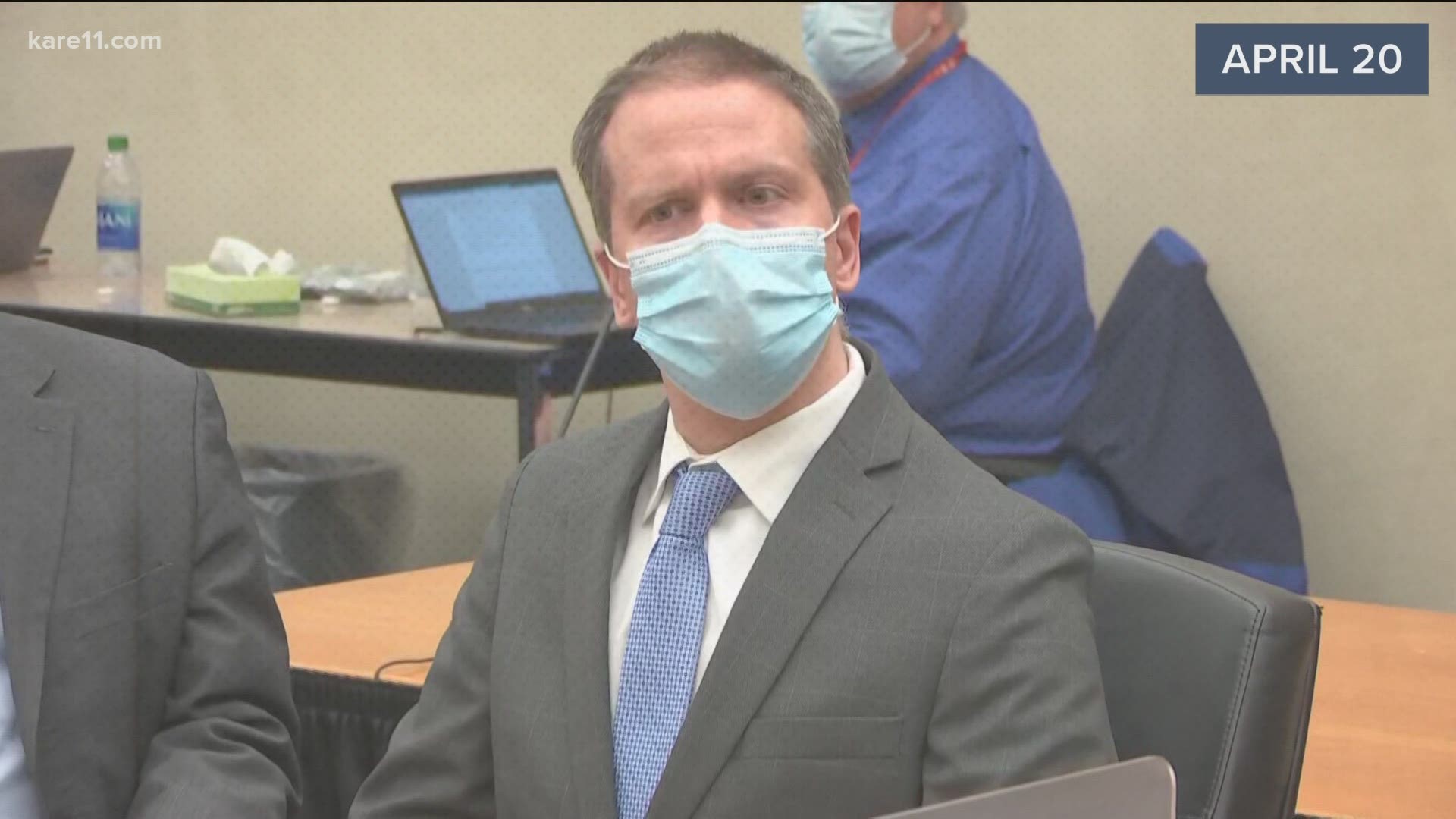 MINNEAPOLIS — Former Minneapolis police officer Derek Chauvin will be sentenced Friday for the May 2020 murder of George Floyd.

On April 20, a jury found Chauvin guilty of second-degree manslaughter, second-degree murder and third-degree murder in Floyd’s death, making him the first white police officer to be found guilty of murdering a Black man in Minnesota. Floyd’s death was viewed around the world in a bystander video that captured Chauvin kneeling on his neck for more than nine minutes on May 25, 2020.

Chauvin was found guilty on all three counts. But because the three charges are for the same "course of conduct," or related to the same crime, the sentence for the most serious count will determine how long Chauvin stays in prison. That crime is second-degree unintentional murder, and under Minnesota sentencing guidelines the presumptive sentence is 12 and a half years for a person without a criminal record. However, the statute allows for an upward departure if there are "aggravating factors."

Prosecutors argued there were five specific aggravating factors, and on May 12, Judge Peter Cahill agreed with the state on four of them:

Cahill ruled that one aggravating factor was not proven beyond a reasonable doubt: that Floyd was particularly vulnerable during the detainment.

Because of the aggravating factors, Cahill can sentence Chauvin to a statutory maximum of 40 years, but that's highly unlikely because prosecutors have only asked for a 30-year sentence. Experts say 30 years is likely the maximum, and Cahill could sentence Chauvin to less than that. The defense asked for a lesser sentence, even as low as probation.

State sentencing guidelines recommend a maximum of 15 years for a person with no criminal history. Prosecutors are generally hesitant to ask for more than double that when they ask for an upward departure, due to the possibility of an appeal if the sentence is much heavier than comparable cases

The sentencing will take place Friday at 1:30 p.m. in Minneapolis. Although Chauvin invoked his Fifth Amendment right to remain silent and not testify at his own trial, he could potentially choose to speak at the sentencing hearing. The family and loved ones of George Floyd will also have an opportunity to deliver victim impact statements.

This week Cahill granted a request for Chauvin to be sentenced in civilian clothes, which is common at criminal sentencing hearings.

The Hennepin County Government Center, where the sentencing will take place, will be closed to the public Friday. Services will still be offered online and by phone, according to the county.

"Hennepin County’s role in the trial is to ensure that the Fourth Judicial District Court can conduct business in a safe and effective manner," the county said in a news release Thursday. "The public plazas remain open to the public Friday."

In addition to the state charges, in May all four officers were also indicted by a federal grand jury on charges of violating Floyd’s civil rights. Conviction on a federal civil rights charge is punishable by up to life in prison or even the death penalty, but those stiff sentences are extremely rare and federal sentencing guidelines rely on complicated formulas that indicate the officers would get much less if convicted.