It’s fallout from a confrontation as work began to remove the remains of Nathan Bedford Forrest & his wife from a Memphis park. 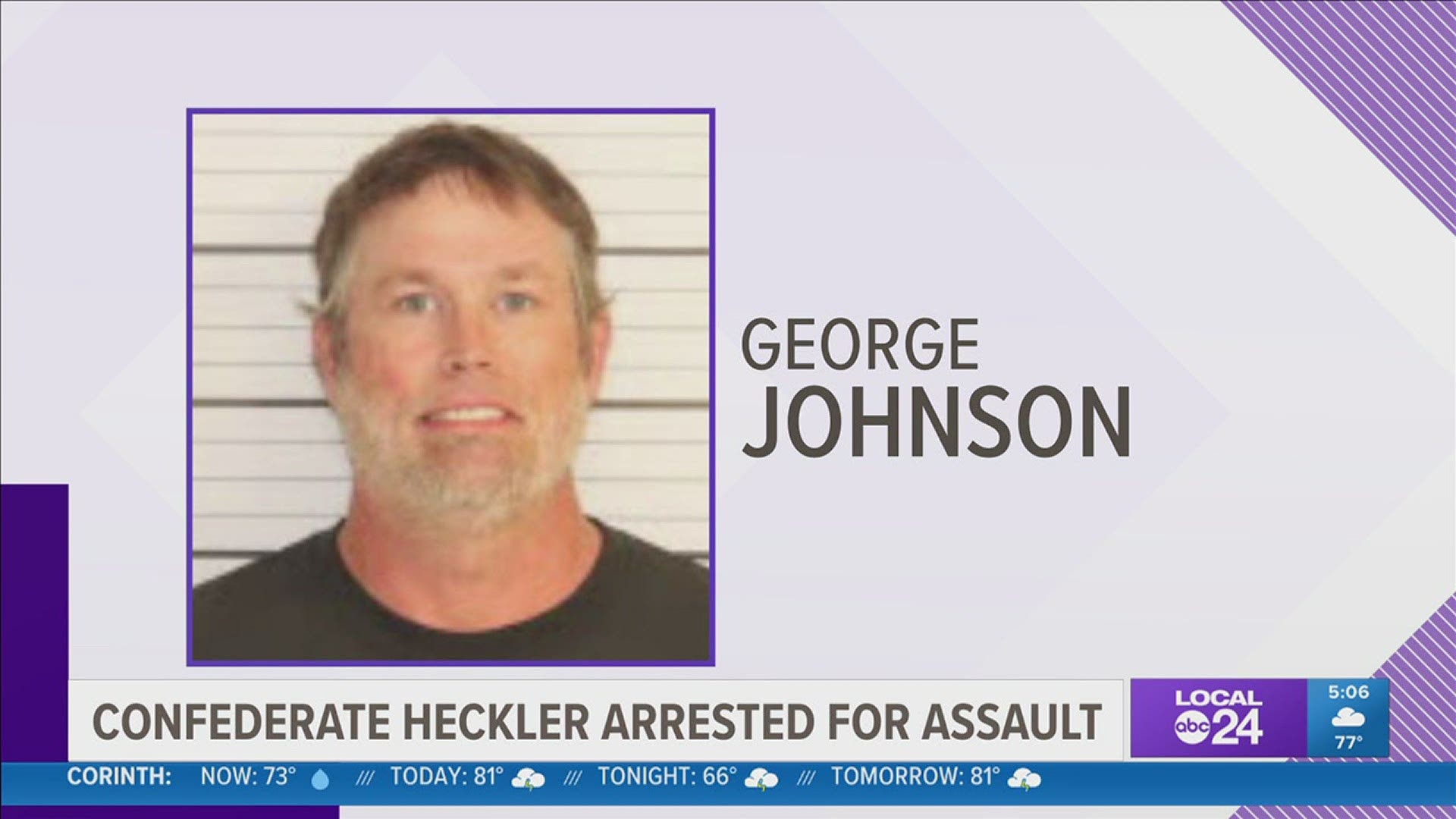 MEMPHIS, Tenn. — The man accused of making threats against Shelby County Commissioner Tami Sawyer has been booked into the Shelby County jail on an assault charge.

It’s fallout from a confrontation June 1st, when work began at Health Sciences Park in the Memphis Medical District to remove the remains of confederate general Nathan Bedford Forrest and his wife.

Sawyer, who led the charge to remove the Forrest statue from the park, was holding a news conference as workers started to remove the remains, when a man identified as George Johnson was seen on camera hurling slurs at the commissioner.

The Sons of Confederate Veterans, who are removing the remains and moving them to another site, said Johnson was a volunteer, and not a hired worker on the site.

Sawyer filed a police report, and a warrant was issued for Johnson for misdemeanor assault.

There is finally an arrest warrant out for George K-Rack Johnson for assault against me. My family, friends, supporters and I had to kick up a lot of dust for this to happen. Three days. Three press conferences. Three visits to the police station. pic.twitter.com/Yf7UkCYDDN