It was standing room only at the University of Memphis Holiday Inn for the annual Lincoln Day Gala. 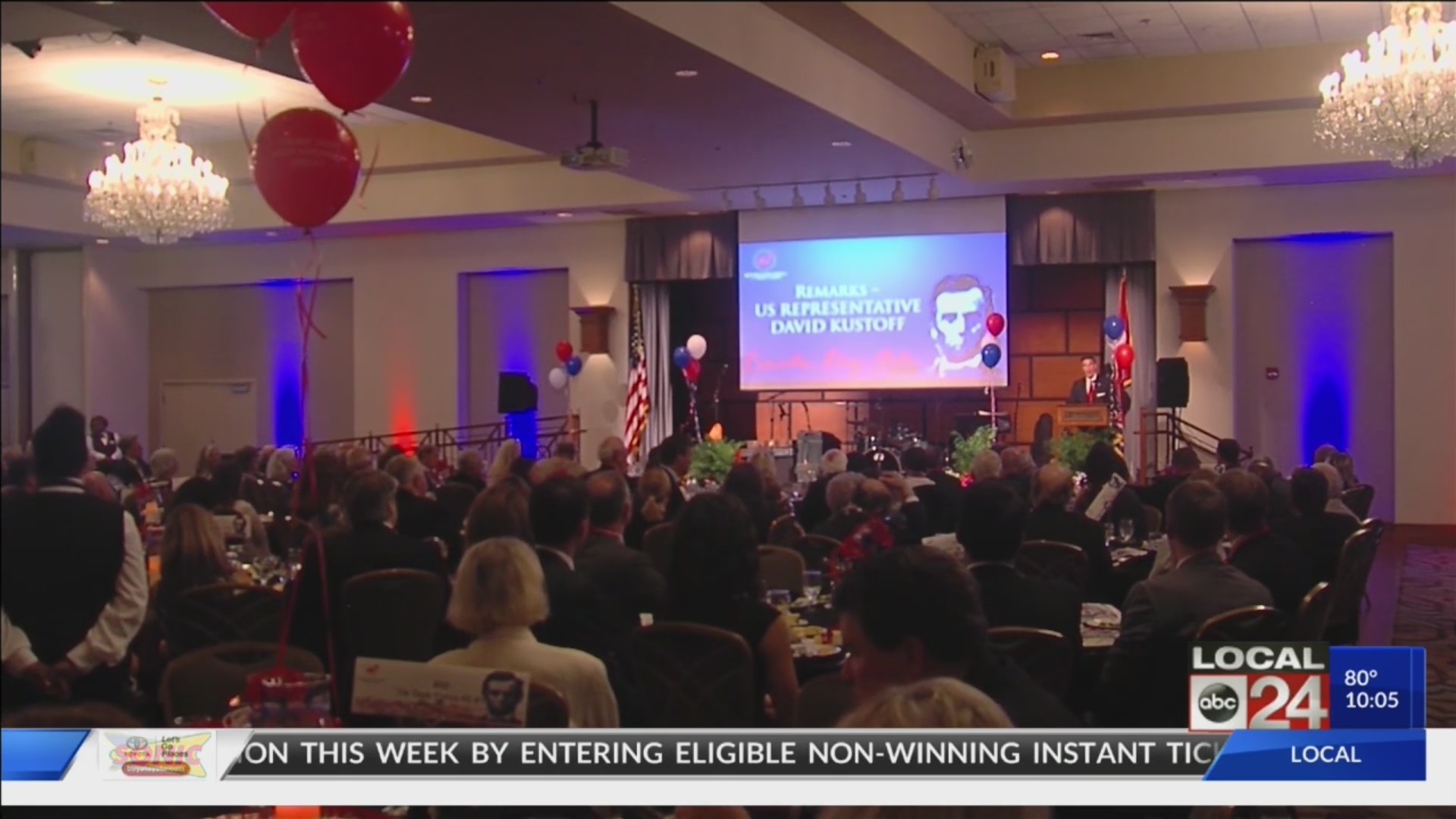 MEMPHIS, Tenn. (localmemphis.com) – It was standing room only at the University of Memphis Holiday Inn for the annual Lincoln Day Gala.

The event is the primary fundraiser for the Republican Party of Shelby County. This year’s keynote speaker was Governor Bill Lee, who gave the guests a glimpse of the work his administration has done so far this year.

Roughly 600 people were in attendance including state and local officials.

Governor Bill Lee talked about some of the progress his administration has made. Governor Lee says our state has one of the lowest tax rates in the country. During his speech, the governor says right now there is roughly $1.1 billion in our rainy day fund.

There were also dozens of candidates for local and state offices here including mayoral candidates Jim Strickland, Willie Herrenton, and Lemichael Wilson.