Governor Bill Lee visits the state's only alternate care site, says "ideally it will never have to be used" 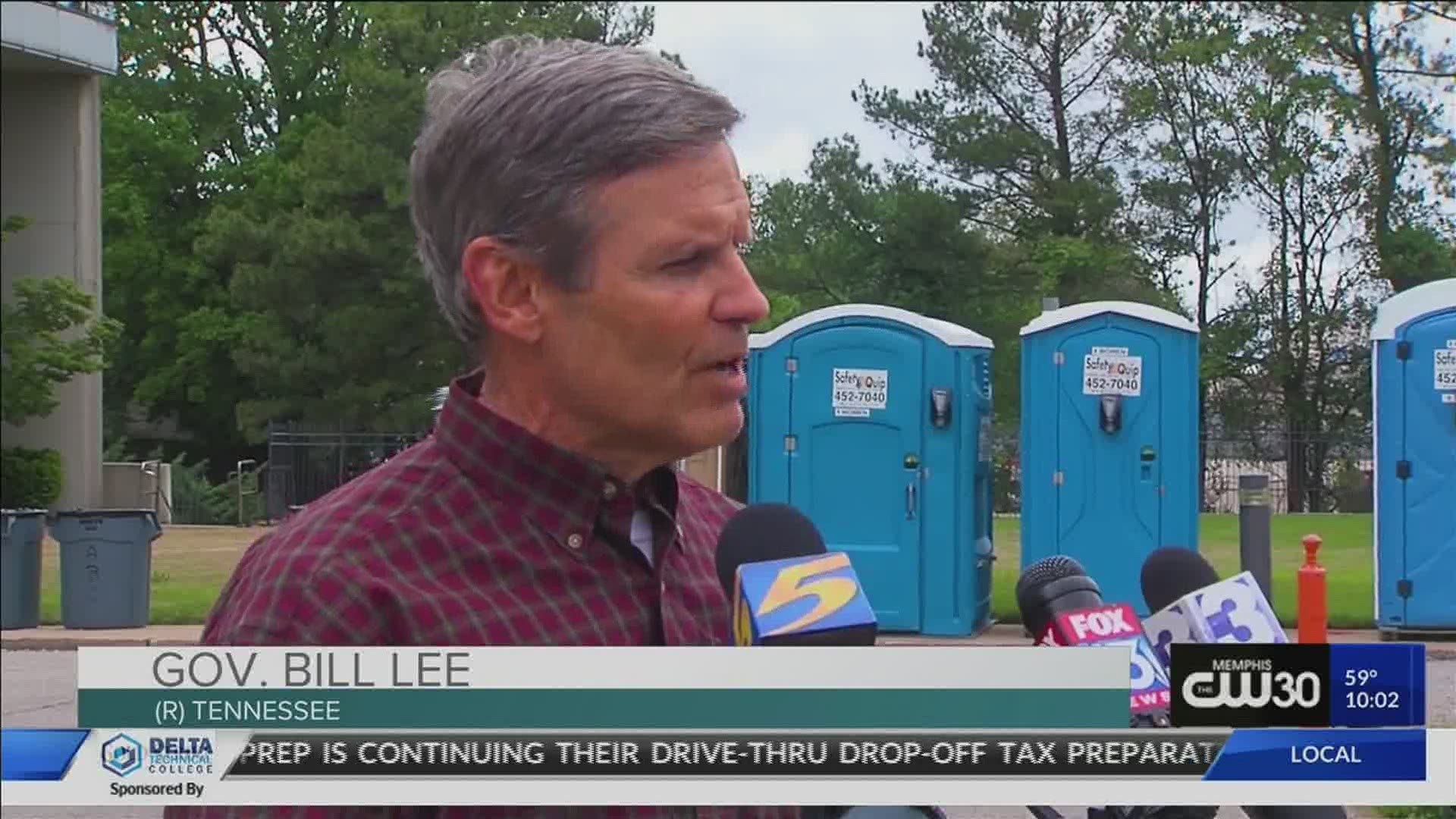 MEMPHIS, Tenn. — The alternate care facility, which is being funded by the state, is set to open May 14. The predicted peak of cases for Shelby County is estimated at the end of May.

Governor Bill Lee said ideally it would be great if we didn't have to use this facility. On April 30th, 89 of the 95 counties in the state, excluding Shelby County, will be re-opening.

"If we were to have a reemergence or surge of cases that stretch hospital capacity that’s the very reason we are opening this facility here," Lee said.

Richard Walker, the alternate care site's CEO, said patients will typically be at this facility for only three to four days.

"We understand 80% of people have a mild case and can go home," Walker said. "About 14% of people have an oxygen requirement and require supportive care on the floor and about 6% require ICU level care."

Scott Strome, executive dean of UTHSC College of Medicine, said there will be a variety of beds including some for people who require mechanical ventilation and some ICU beds.

"The primary beds are going to be for folks who are in that intermediate stage who are not able to go home but who will require some sort of oxygen support therapy," Strome said.

Governor Lee commended Tennesseans for abiding by social distancing so the majority of the state could safely start re-opening. He said he's relying on data and working with both Memphis and Shelby County mayors about when it'll be safe to re-open the county.

"Dates are not as important as the data that drives those decisions and I think you’ll see the municipal mayors saying the same thing and the county mayors, so data will be watched in order to set times for openings," Lee said.