The Guilford College campus is crawling with legends and lore of ghostly hauntings. 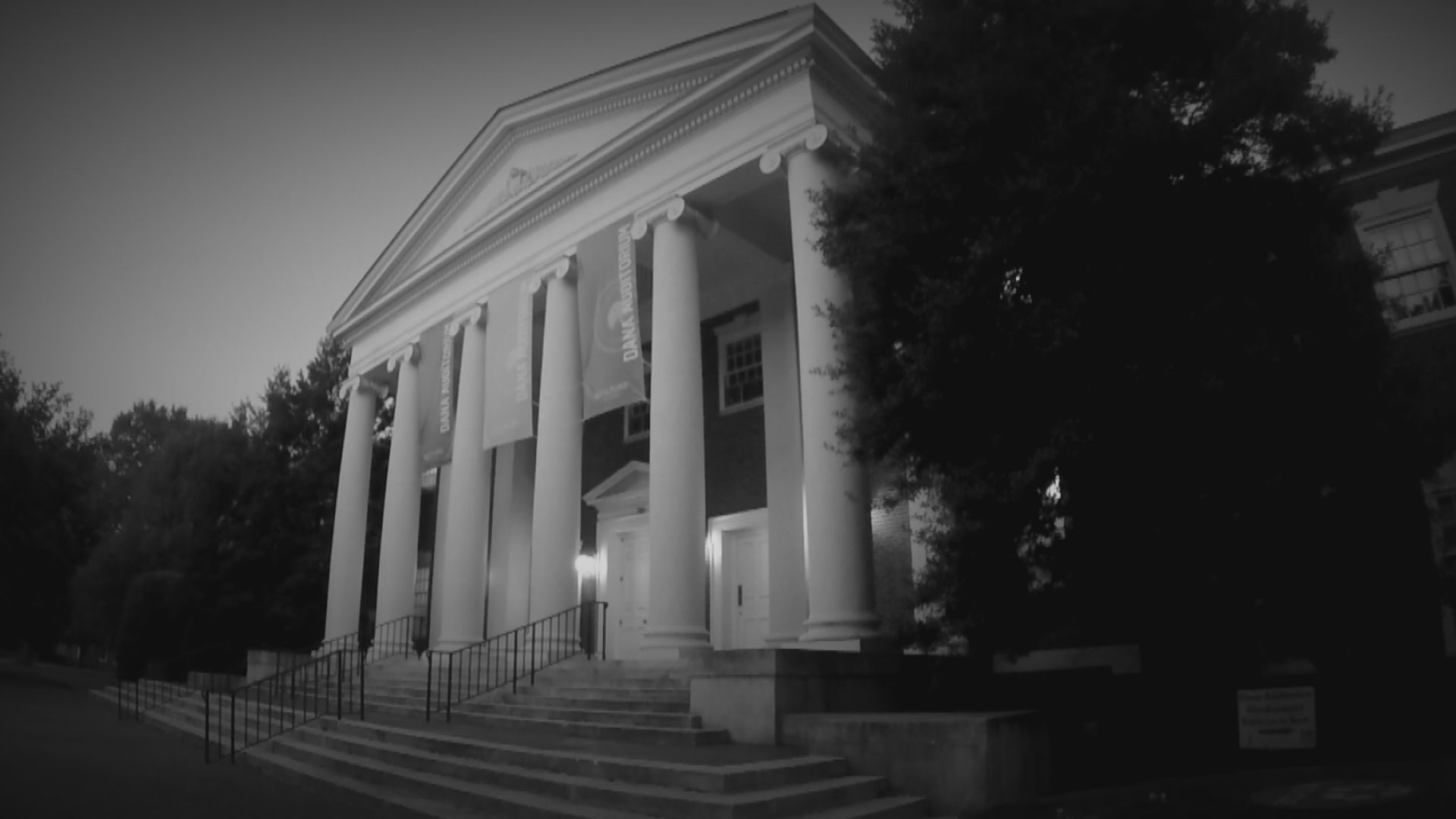 GREENSBORO, N.C. — Guilford County has its fair share of ghostly tales from the legend of Lydia's Bridge in Jamestown, to downtown Greensboro's Biltmore Hotel and all those other spooky stories in between.

Ghost hunters say it's due to our area's rich history dating back centuries, and as it turns out, it's not just the old buildings that are haunted.

Over at Guilford College, the campus is crawling with legends and lore and students aren't afraid to tell you about their spine-tingling encounters with the spirits!

"I just thought maybe I was tripping, but then people, upperclassmen when I was a freshman are talking about, 'Oh, have you heard about the ghost of Dana yet?'" said senior music major Phillip Williams.

"Some spots that you walk in, you just get that weird vibe. The hairs will stand up on the back of your neck. You'll be like, okay, I'm just gonna keep moving," said Williams.

Dana Auditorium was constructed in the 1960s and was named after donor Charles Dana, who didn't have any real ties to the college. It houses Guilford College's Music Department.

"What amuses me, is you tend to stereotype hauntings taking place in the oldest structures on the landscape, but the building that by far has the most kind of ghostly lore was constructed in 1961," she said.

So, what makes this particular place so spooky?

To find that out, Erickson says, you've got to go back a few centuries.

"When people ask me, why would Dana Auditorium be haunted? I say that the landscape predates the structure of the building," said Erickson.

The Quakers founded the New Garden Community in the 1750s. During the Revolutionary War, they tended to wounded soldiers, as troops made their way through, fighting in skirmishes, before ending at the Battle of Guilford Courthouse.

"We have a cemetery directly across the street from the campus that has graves dating back to that 18th century including a mass grave both British and American soldiers from the American Revolution," Erickson explained.

Years passed and Guilford College was founded. Dana Auditorium replaced what was the Guilford YMCA.

From there, ghostly lore spread, as former students reported ghostly sightings in the school's paper called, the Guilfordian.

"The ghostly hauntings are not 100% confirmed, but they're not denied either," Erickson said, "It keeps the stories alive for sure."

"It's incredible if you think about not just the building, but the place, and in Dana, you get that feeling," she said.

Versions vary, but some details stay the same.

In Dana, they say, the two most haunted rooms are the choir room and the auditorium. They also say, at least two spirits haunt the halls: a soldier in a historical suit, and a little girl. One of them, they say, plays the piano. Other than that, no one could say who these ghosts might be.

"They turned it all the lights because they locked up the building and didn't know I was in there," said sophomore Tucker Gamble, "So, I came downstairs and I heard the piano. And I went into the choir room to check it out and no one was in there."

From there, things got really spooky for Gamble.

"When I was walking over, I was like 'oh, it might be some of my other music buddies.' Then I thought to myself, 'we don't have any piano majors.' So, who would really be playing piano now?'"

Williams says, his spooky run-in happened a couple of years ago late at night.

"I was about to walk out of the back door, and the hall was dark," he said, "I’m about to head out the door and it’s usually unlocked. So, I go to open it, and I can't open it. Then, the room gets really cold all of a sudden and I feel this wind."

He said it made the hairs stand up on the back of his neck.

"So, I ran out to go to the other hallway, then my friends actually came around the corner from somewhere else, and I’m like, the craziest thing just happened to me, this door would not open! We go back in there and we open the door, and it opens right up. And, I walk straight out."

Erickson said it's just a creepy kind of feeling that you get.

"It's mostly just a sense of there being presences, normally not terrifyingly so," Erickson said, "But, feeling that you're being watched and that somebody is there. If someone was on this campus before you and might have some reason to still be around."

"I’ve definitely heard several folks feel that Charlie Hendricks, who is a Guilford graduate and a long-time employee of the college still has a presence, a watchful eye in Hendricks Hall," she said.

"One story that I’ve often heard is that Hobbs Hall, our oldest dormitory on campus is haunted," Erickson explained, "That building is over 100 years old, has been a women’s dormitory that entire time.

"I have heard stories told that if they’re feeling a ghostly presence - that it must be a student who died in a fire, but no one actually died in a fire in the building. However, I can see where that came from - because in the 1970s there was a very destructive fire that closed the attic, third-floor portion of that dormitory."

Across the campus, the consensus remains: Dana Auditorium is the most haunted of them all.

And maybe if you find yourself there late at night you may just sense the spirits too.

"Just be open to the idea," Brown said, "Don't close your mind and say there's no such thing. And you will be surprised by the places that you will get that feeling."

RELATED: These Haunted Hotels Were Named the Scariest in the Nation...Enter if You Dare...

RELATED: Understanding the Psychology of Fright