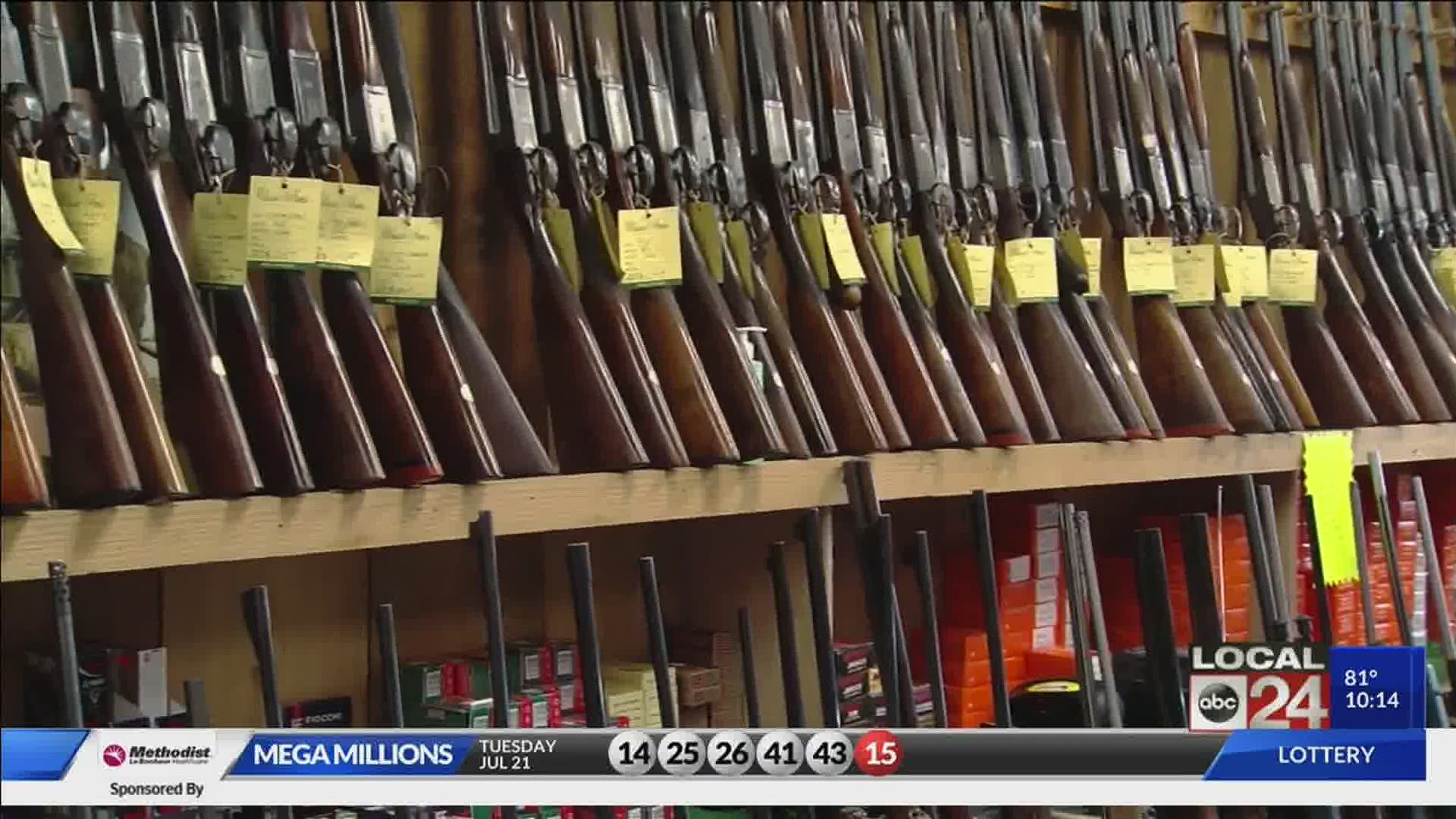 MEMPHIS, Tenn. — One of the most basic necessities people cling to is safety. In this time of uncertainty, people feel that could be in question, so some are turning to firearms to reassure themselves.

In late February, just before COVID-19 took off in the U.S. and recent protests and civil unrest, guns and ammunition are flying off store shelves. Consequently, that created a shortage of some items forcing gun shop owners to put a limit on how much a person can buy.

Classic Arms and Top Gun owner Jay Hill said what's unique about this shortage is the diversity of the first time gun owners. He said people of all ages and backgrounds have been coming in to buy a gun for self-defense.

"You got a lot of people who are afraid and so it’s driven a lot of first-time buyers into the market," Hill said.

Between mid-March and the end of June, Hill's shop has sold more than 1,900 guns and two million rounds of ammunition. He said his supply is limited on 9mm and .223, but his business has been booming like never before.

"The people who have guns they’re stocking up and a lot of people are afraid of having to implement martial law," Hill said.

AMMO SHORTAGE: In recent months, there’s been a shortage of ammunition.

The owner of Classic Arms says it’s due to the circumstances of the pandemic and civil unrest.

Between mid-March and June his shop has sold 1,900 guns and 2 million rounds of ammo. @LocalMemphis pic.twitter.com/CSDnwWbwbM

Licensed clinical psychotherapist Jessica Reed said it's no surprise people are turning to firearms for security because safety is a basic human need. She explained people stock up on specific items out of fear because they worry they might not have enough of something to protect themselves in a situation.

"That may look like having things in excess or having a plan in case our fear-based thoughts come true, Reed said.

While this may seem irrational to some, Reed said this is very rational to others who think their lives could be at risk. However, she suggests people need to be responsive to their fears and not reactive.

RELATED: VERIFY: Yes, H.R.5717 proposes taxes on gun and ammo purchases. No, it hasn’t been voted on yet.