Saturation of officers around Beale Street and FedExForum especially timely and notable after shooting early Monday morning in downtown hospitalized one man. 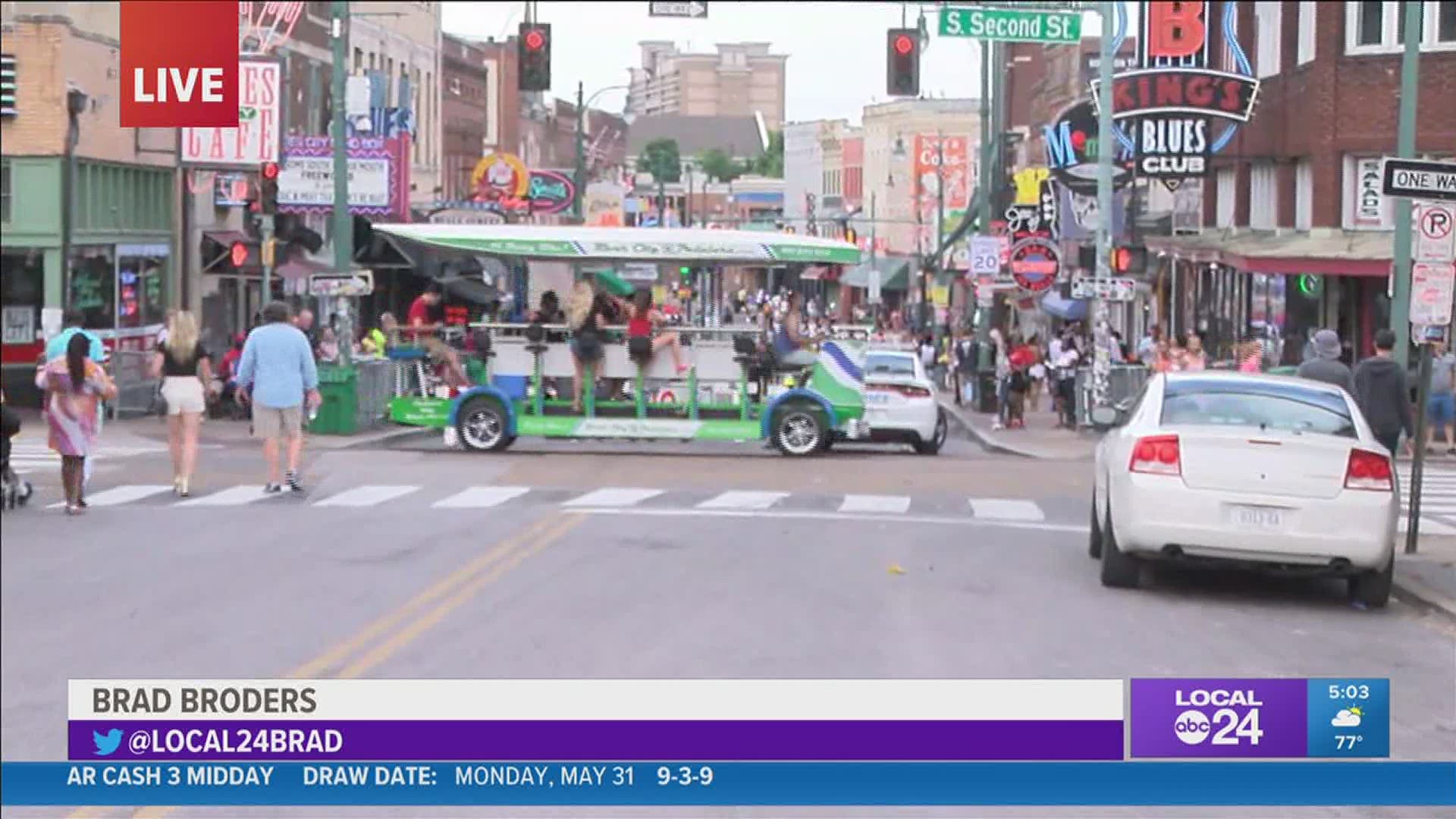 MEMPHIS, Tennessee — Eyewitness cell phone video showed the aftermath of a shooting that hospitalized one many shortly after midnight Monday morning - B.B. King Boulevard and Peabody Place - just one block from the heart of Beale Street's entertainment district.

The shooting was especially notable since it followed a weekend - Friday through Sunday - where those going onto Beale Street after 10 paid a $5 security cover.

"It was worth it, it was five dollars, no problem," Tiffany Fleming said, who visited Memphis Memorial Day weekend from Chicago.

Fleming said she was surprised to learn of the shooting and felt the cover made things safer overall on Beale Street.

"It was comfortable, the police were walking around friendly, it was fine," Fleming said.

We are told by the Downtown Memphis Commission the cover charge won't be place after Monday night's Game 4 between the Memphis Grizzlies and Utah Jazz but Memphis Police will be saturated around FedExForum pregame and postgame.

"There's going to be a large police presence and we are going to try to get people moved around as best we can," Col. Joseph Smith said.

"We are going to be out there directing pedestrian traffic back to fourth street or up to second street to get around that Beale Street area," Col. Smith said.

Memphis Police ask fans heading to Game 4 to get to the FedExForum area early and and reminded anyone parking their cars to be especially aware of legal parking spots and to not leave any valuables inside.

In an effort to create the safest possible experience for our Downtown residents and visitors, we will charge a $5.00 Beale Street Security Fee this Friday, Saturday, and Sunday beginning at 10pm each night during the Memorial Day weekend. As a reminder, Beale St is 21+ after 9pm pic.twitter.com/NKL6Ap7aur