Flash flooding and multiple days of rainfall is causing some streets and neighborhoods in Stuttgart to flood. 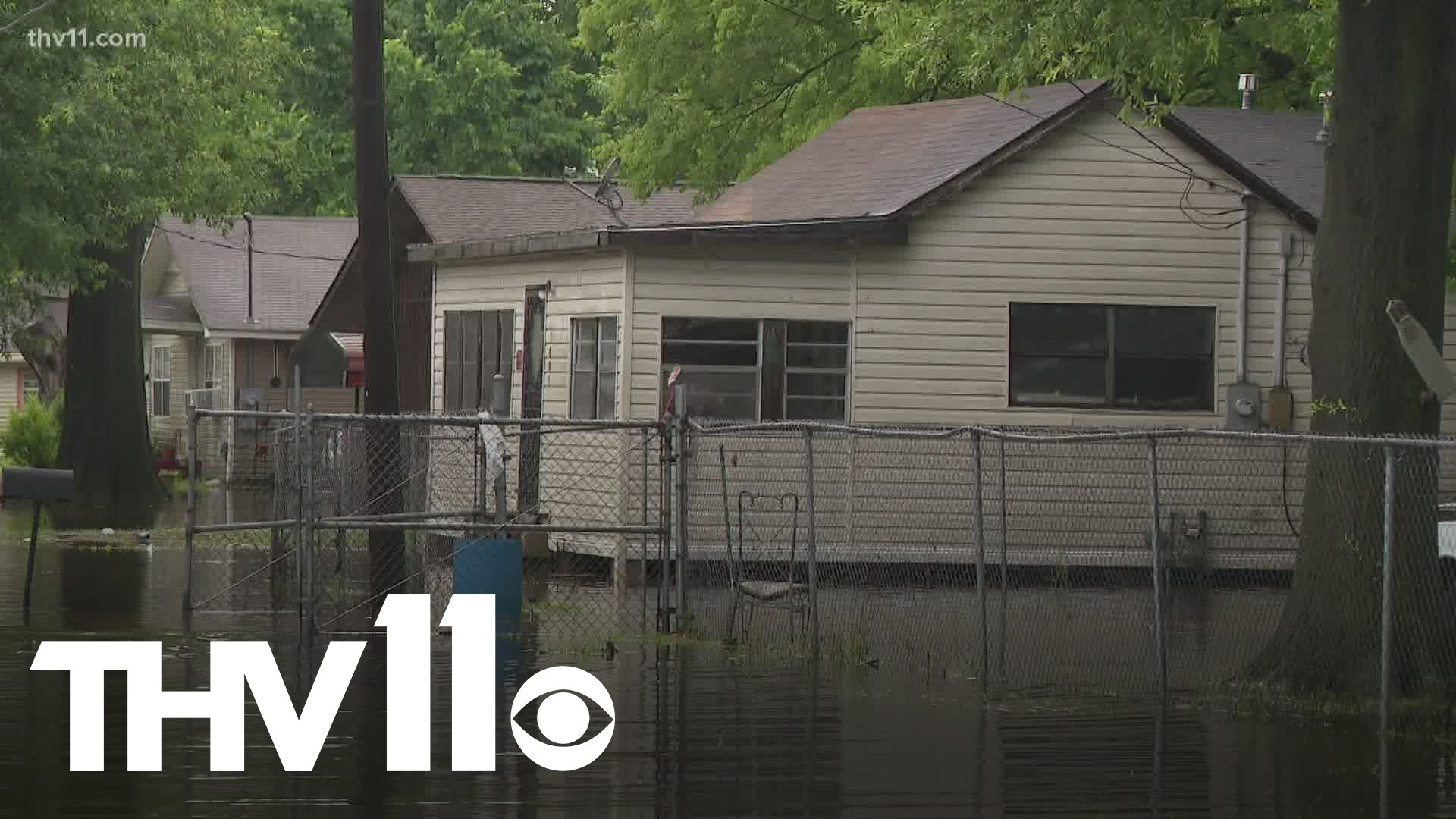 STUTTGART, Ark. — Flash flooding and multiple days of rainfall is causing some streets and neighborhoods in Stuttgart to flood.

Ruthie Hogan could barely make it out of her neighborhood Tuesday. Water is on the verge of making it inside her home.

"When the water overflows the ditches, then it backs up into people's yard and in the road, everywhere. We just don't have nowhere for the water to go," Hogan said.

Hogan has lived in Stuttgart for 25 years. She said this happens at least once a year.

"Stuttgart needs a drainage system. We don't have a good drainage system," she said. "I'm very concerned because I may not be able to get in my house and I know other people in the same position."

Stuttgart Police are blocking off streets that have flooded.

"When it rains as heavy as it did and as quickly as it did, we do see [flooding] a lot," patrolman Paul Colvin said.

Colvin said some people are not paying attention, and are getting their cars stuck.

"We helping them out the best way we can. Getting them out of their vehicles and also call the tow truck and get them pulled out," he said.

That's why he is stressing the importance of not going around barricades, and using your best judgment.

"If you know your neighborhood floods, just take your time getting home. If the water looks too high, then nine times out of ten it's probably too high to go through," Colvin said.