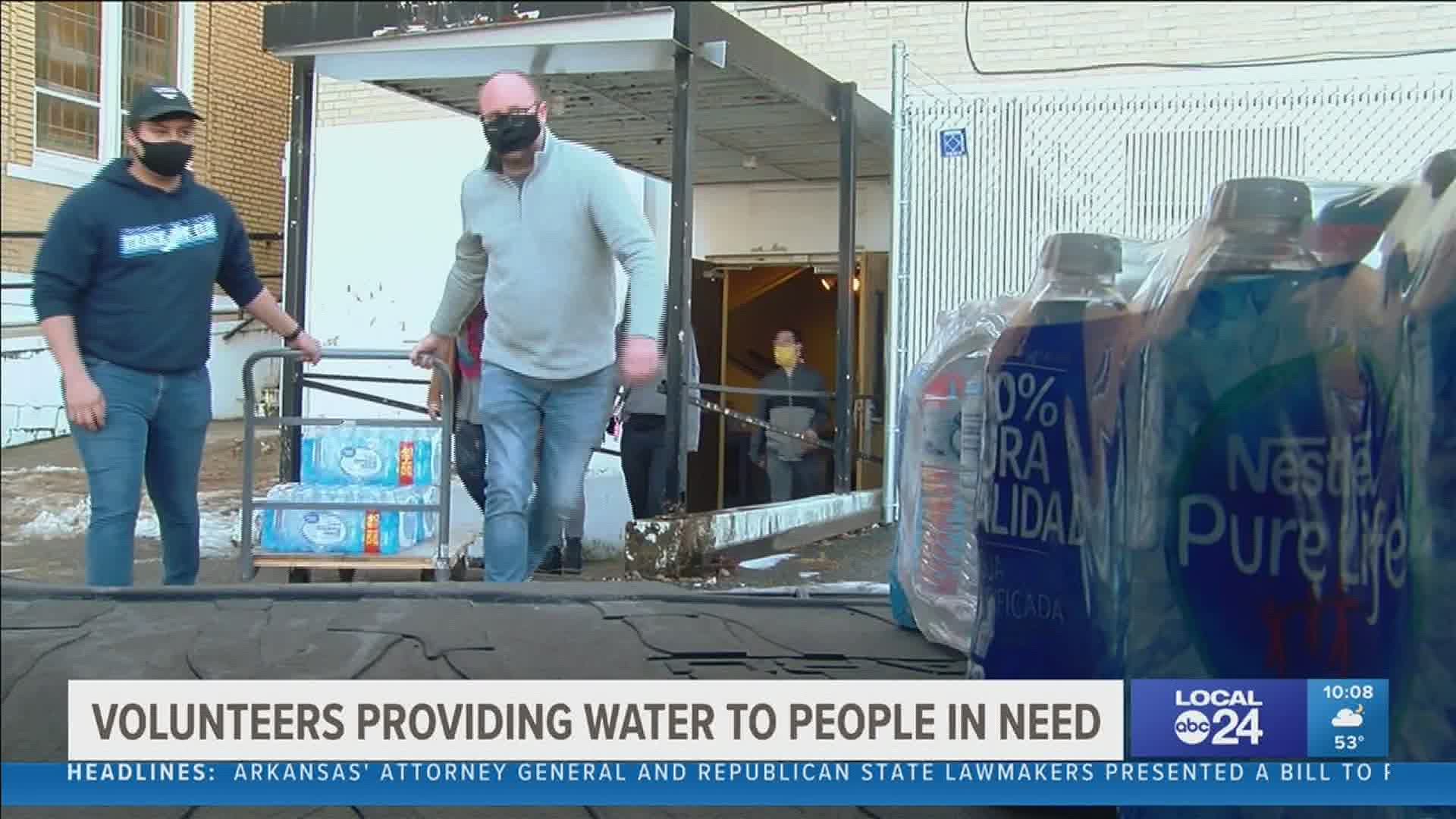 MEMPHIS, Tenn. — It takes a village to care for one another, especially after an unprecedented winter storm that has broken dozens of Memphis water mains leaving people without drinkable water.

For those without running water, bottled water is the only option, which is running scarce across the metro. Volunteers, like Edith Ornelas with Mariposas Collective, have stepped up to find bottled water and deliver it to those who desperately need it.

The Hispanic community is among some of the poorest in the city. Mariposas Collective works primarily with this community by provided meals, clothing, and resources to immigrant families.

"We know there’s a high need of water," Ornelas said. "I have six-month-old babies that are not having water for their baby formula. How can we go to sleep knowing that is happening in our community?"

Among the challenges the Hispanic and Indigenous communities face during a crisis like this is receiving important information in their language. Zyanya Cruz with Native RITES and Center for Transforming Communities made sure those in her neighborhood, who do not speak English, were aware of the boil water advisory and available resources.

"I live in the neighborhood of Nutbush and Heights area, so I was telling all my neighbors, making calls, sending emails, knocking on doors, and telling people do you know you have to boil your water," Cruz said.

Paola (right) and her children have been without running water for eight days.

She’s had to boil bags of ice so she can make her baby’s formula.

As bottled water is currently scarce in Memphis, many of those in the Hispanic community are struggling. @LocalMemphis pic.twitter.com/wwuHCINIpy

Paola and her children, who are from Honduras, live in Berclair and haven't had running water in eight days. She's been boiling bags of store-bought ice so she can make her babies' formula. For her and her husband, she's been collecting snow, melting it inside her home, and boiling it so they can drink it.

"She went to Kroger, tried to get water, and she was pushed and trampled for a case of water, so she’s been feeling pretty low and depressed," Ornelas said.

Paola does not speak English so Ornela's translated what she said for Local 24 News. Paola said her baby has cried from being hungry because of their lack of water. She cried as she spoke about how she has been struggling to feed her children.

"She’s saying, 'How do I tell my children we have no water?'" Ornelas said.

Paola has done her best to provide for her children, but her resources are drying up as many people across the city still need water.

Paola and the volunteers pray these communities get the resources they need soon because this situation is dire.

"If it wasn't for people like us in the community that truly care about being inclusive with our people and making sure that resources are getting to them many of them wouldn’t have anything," Ornelas said.

Mariposas Collective and Native RITES are still accepting bottled water donations for the Hispanic and Indigenous communities in Memphis.