A fire, caused by wire malfunctioning, destroyed the original building in January of 2020. 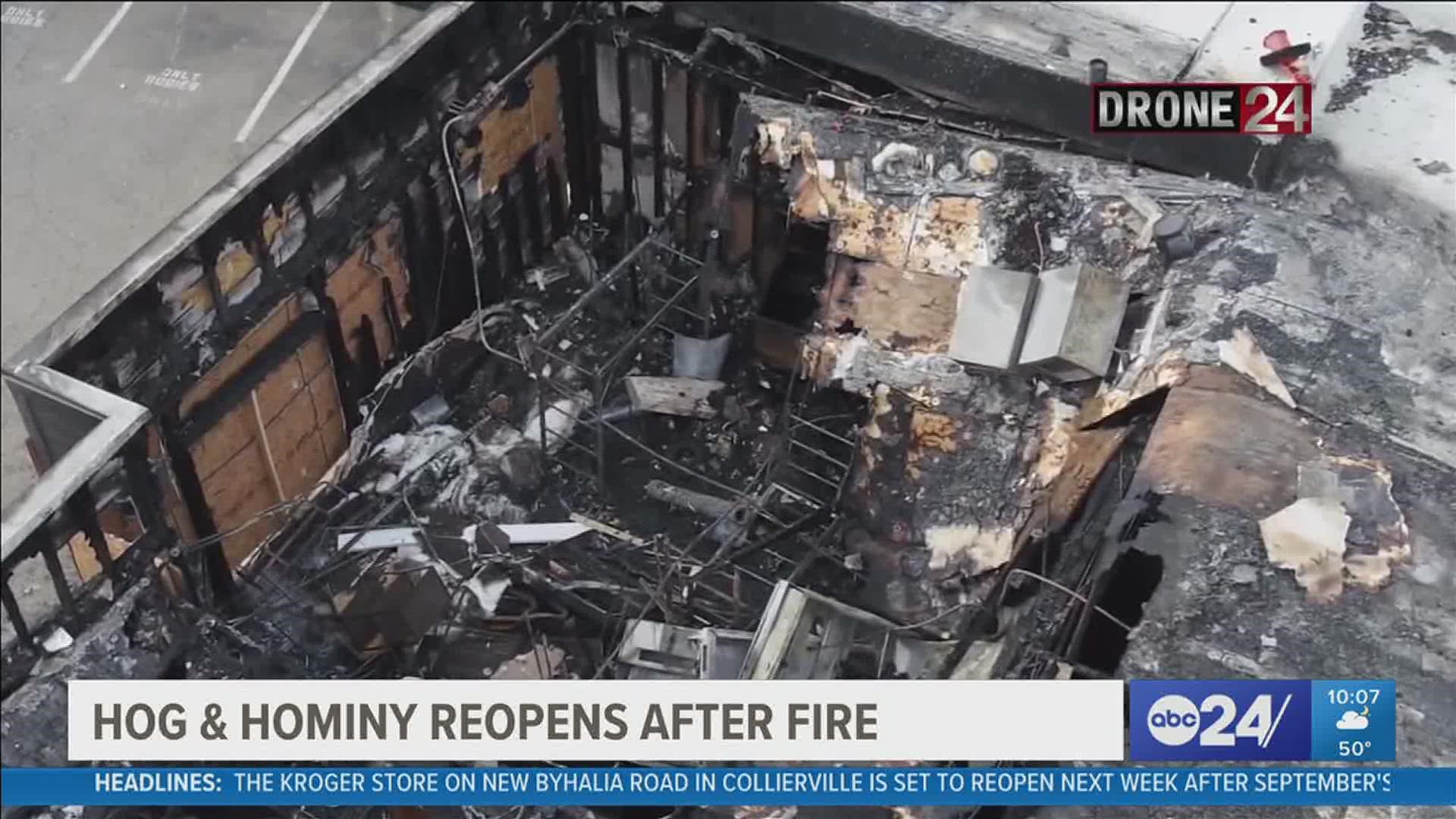 MEMPHIS, Tenn. — An East Memphis restaurant is reopening its doors nearly two years after going up in flames.

The fire started in the early hours of Jan. 9, 2020. While the fire was able to be taken control of rather quickly, there would prove to be no saving the building.

“It was like very numbing, and just couldn’t believe it," Hog & Hominy Co-Owner Michael Hudman said. “I remember tons of different kinds of emotions and memories. Andy [Ticer] was like, 'well, there’s some reason it happened and we’re going to learn something from this."

Co-owners Michael Hudman and Andy Ticer own six Memphis restaurants together. They thought the fire was the worst of it.

Then the pandemic came rearing its ugly head.

It was like a one-two punch," Hudman said. "Hog was burnt and gone and then COVID but I mean when you look around at the space, I mean it’s better, better work environment. It’s a better space for the customers we think and it just needed to go, I guess."

It’s taken nearly two years to get here but Hog & Hominy’s owners say it’s worth the wait. A peek at the new building. pic.twitter.com/g9O1skMUs6

The bigger and better space was worth the wait, both said.

The restaurant features the same great taste but features vaulted ceilings, modern décor, and a large bar. Natural light fills the space that can seat almost double as many people.

“Being constrained to a three-bedroom house in the original location and then it was gone," Ticer said. "It’s like what would Hog & Hominy be if we didn’t have a blank slate?"

Ahead of reopening, the pandemic did hinder the timeline for its rebuild and come-back.

“It slowed down materials and the process," Ticer said.

Hiring employees, a struggle experienced throughout the restaurant industry, took time too. Ticer said many familiar faces will return.

The restaurant will initially be open Tuesday through Saturday. They hoped to have a Saturday and Sunday brunch but there are not enough employees yet.

They hope to introduce it soon.