The judge said taking the vaccine is not like being part of a clinical trial, nor is it experimental. 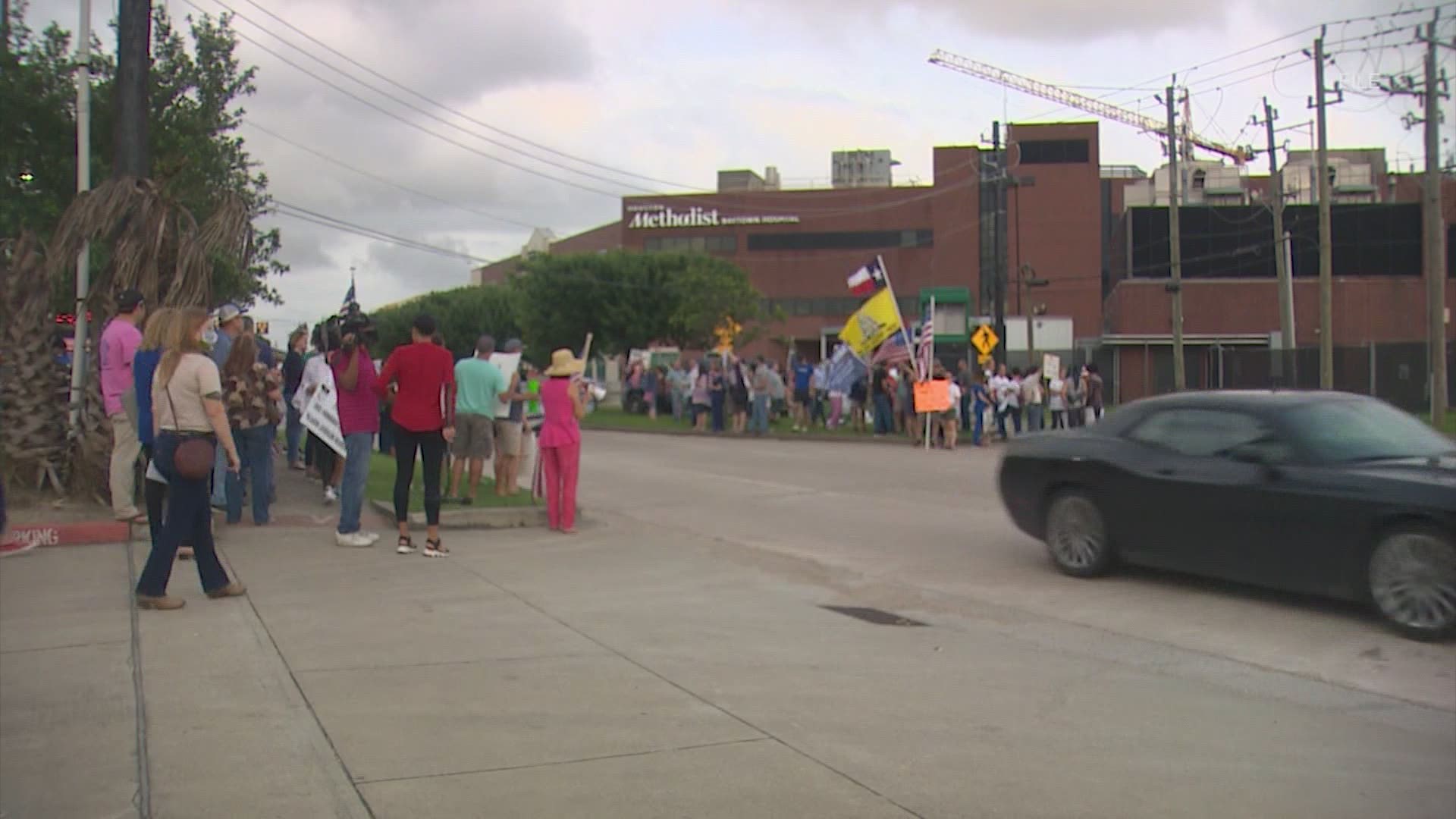 HOUSTON — A federal judge on Saturday dismissed a lawsuit by Houston Methodist Hospital employees who were suing the hospital over its COVID-19 vaccine requirement.

The lawsuit, brought by nurse Jennifer Bridges and 116 other employees, alleged that requiring employees to take the COVID-19 vaccine is forcing them to participate in a clinical trial. They said it's experimental and shouldn't be a requirement.

"This claim is false, and it is also irrelevant," wrote U.S. District Judge Lynn Hughes in dismissing the suit. "Bridges argues that, if she is fired for refusing to be injected with a vaccine, she will be wrongfully terminated. Vaccine safety and efficacy are not considered in adjudicating the issue.”

You can read the dismissal here.

Hughes went on to write, "Texas law only protects employees from being terminated for refusing to commit an act carrying criminal penalties to the worker."

“We took the position that it shouldn’t be dismissed for a whole host of reasons and we believe that forcing an individual to participate in a vaccine trial is illegal," attorney Jared Woodfill, who represents the employees, said on Friday after a hearing.

But the hospital says the vaccines have proven through rigorous trials to be very safe. They say it is the employee’s sacred obligation to protect their patient.

Part of the suit argued that the vaccine mandate violated the Nuremberg Code, which Judge Hughes addressed, writing, ‘The Nuremberg Code does not apply because Methodist is a private employer, not a government. Equating the injection requirement to medical experimentation in centration camps is reprehensible. Nazi doctors conducted medical experiments on victims that caused pain, mutilation, permanent disability, and in many cases, death."

DISMISSED: A federal judge has dismissed the lawsuit filed against Houston Methodist by several employees refusing to get vaccinated under the mandatory policy. Judge: “Receiving a COVID-19 vaccine is not an illegal act.” Plaintiffs plan to appeal. @KHOU https://t.co/DiAtaxAWBE

After last week's deadline passed, employees who refused to take the vaccine were suspended and will be fired if they don't comply.

“This is the first battle in a long fight,” Woodfill said on Friday. “There are  going to be many battles fought. Not just in this courtroom, but in courtrooms all across the state. There are battles that are going to be fought in the higher courts, the 5th Circuit, the Texas Supreme Court, even the United States Supreme Court. So this is just one battle in a larger war. It’s the first round, if you will.”

The attorney says they also plan to file another lawsuit soon on the state level.