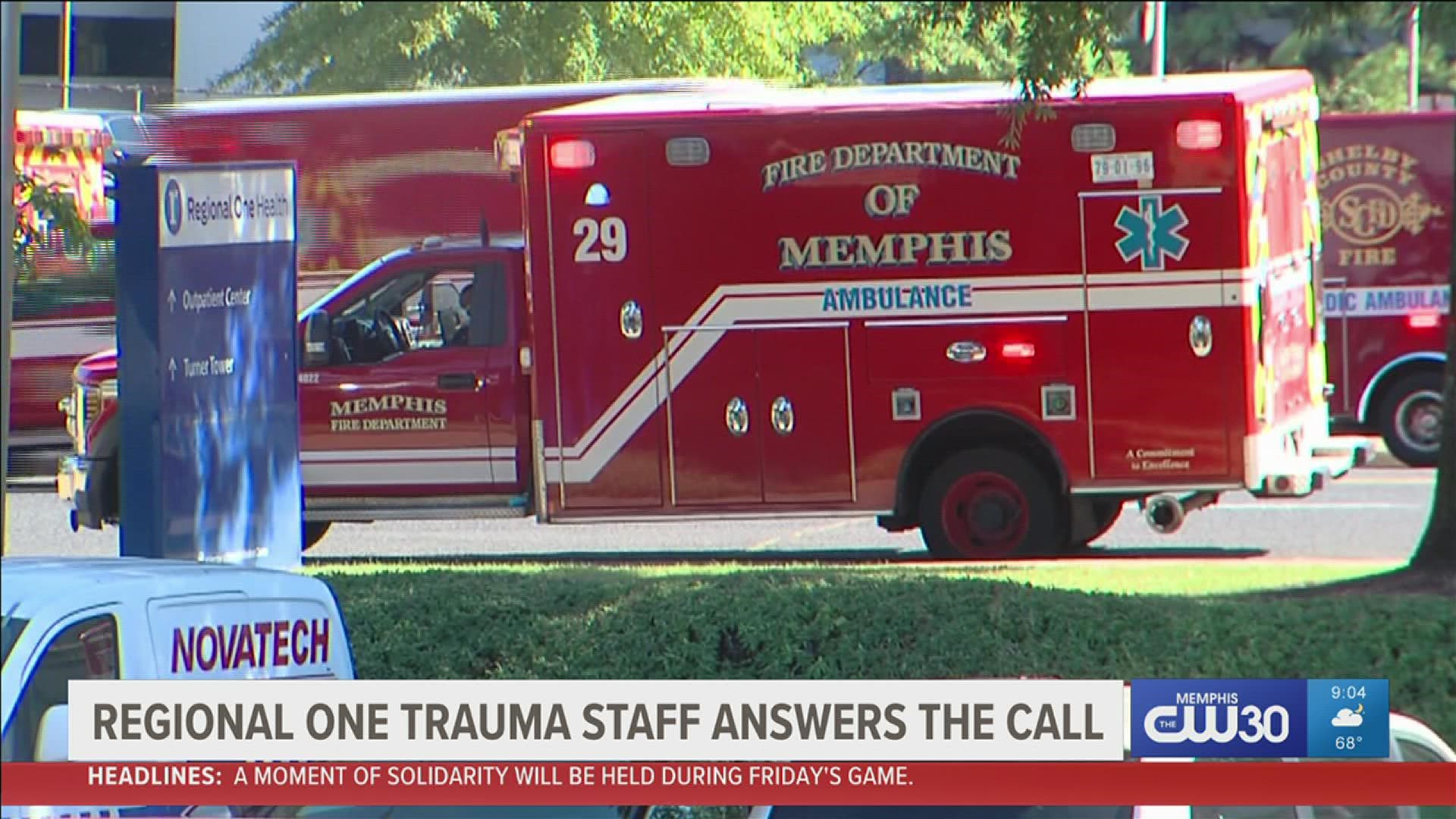 MEMPHIS, Tenn. — The level-one trauma center at Regional One Health helped save the lives of several victims from the mass shooting at the Kroger in Collierville.

Regional One has one of the few level-one trauma centers in Tennessee. Trauma patients can get immediate access for operating rooms, x-rays, and surgeons who are on staff around the clock.

"It’s really all a part of a statewide trauma system that’s designed to funnel the most severely injured patients to the institution that is the best equipped, if you will, to try and take care of those patients," Croce said.

Following Thursday's mass shooting in Collierville, ROH closed Jefferson Avenue in front of the trauma center and had medical staff outside ready to start helping those who were shot.

#BREAKING: Nearly a dozen ambulances from several Shelby County first responders are pulling into Regional One.

The street in front of the trauma center is blocked to traffic. @LocalMemphis https://t.co/XYRHvgYkke pic.twitter.com/4IN1wscpnF

Another challenge hospitals are facing is the record number of patients due to the highly contagious delta variant of COVID-19.

Croce said Memphis-area hospitals have had a plan in place since the start of the pandemic to offload COVID-19 patients to other hospitals so the trauma center does not feel a strain.

"The other hospitals realized that even though each hospital does a lot of things very well, Regional One Health and Elvis Presley Trauma Center is really where all the trauma patients need to come," Croce said.