A look at differences in how Memphis Police handle different protests 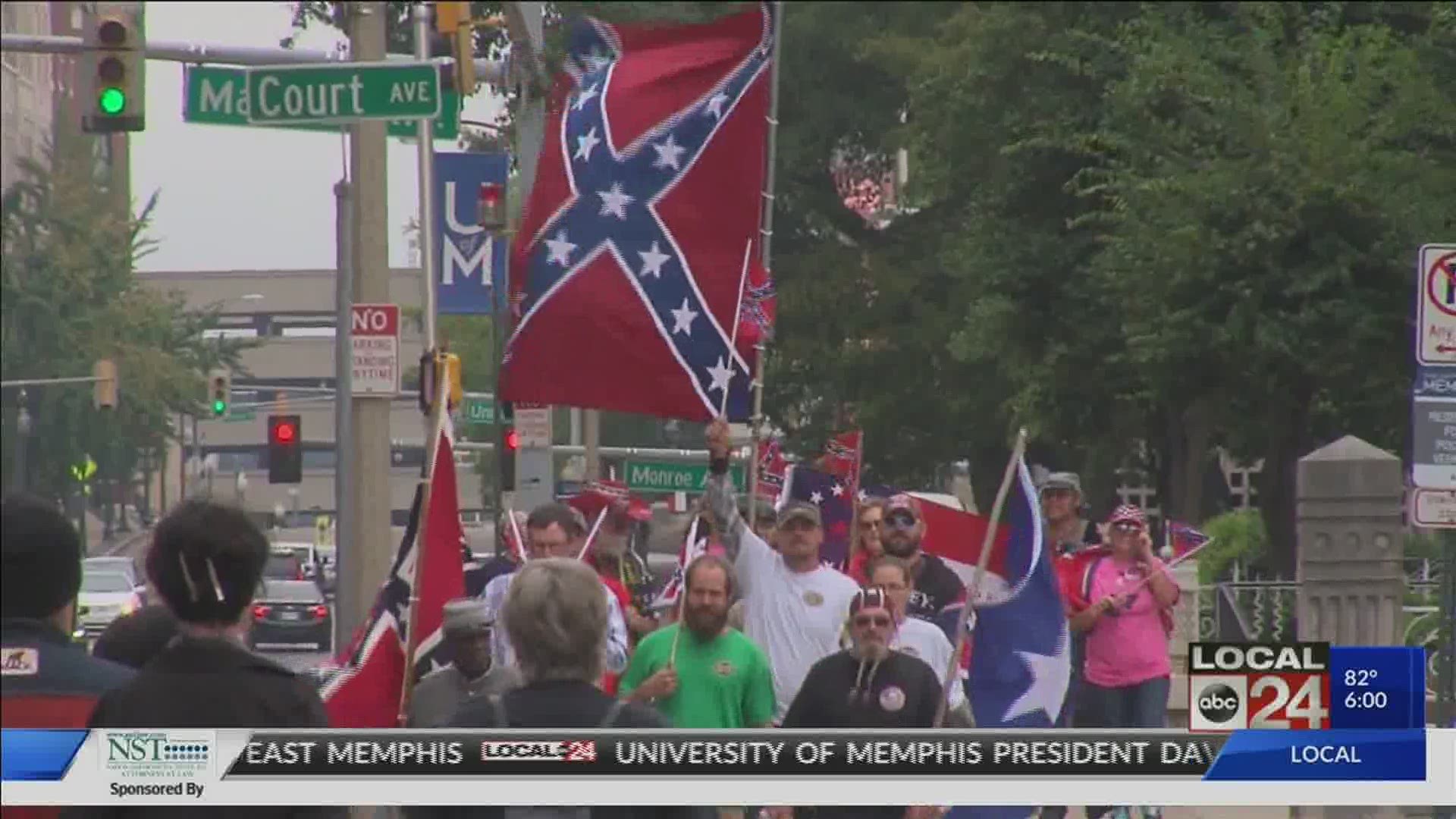 MEMPHIS, Tenn. — Memphis activists say all too often, African American and Black Lives Matters protestors are treated differently than other groups. They point to how KKK rallies or Confederate 901 protests have been handled in the past. They are calling on the city of Memphis and police to treat all protesters equally.

Memphis Police aren't commenting on the claim that some protesters are treated differently than others.

Fisher says he can point out time after time, there have been inequities in how the protesting groups were handled.

In 2013 during a Memphis Ku Klux Klan rally, the white supremacist group marched under police supervision. The group was allowed to set up inside the courthouse. Fencing was put up to protect them and they were surrounded by law enforcement.

In 2018 when Confederate 901 held a rolling rally, police escorted protesters cars as they drove around the interstate loop for several hours.

Legal experts say to hold a large protest in Memphis, you are required to have a permit, and groups like the KKK often pull the required paperwork and threaten legal action if they are not allowed to hold the event. In the past. Memphis police have said at organized protests, they try to create areas for separate opposing groups to keep everyone safe.

However, one Tennessee lawmaker says forget about permits or no permits - across the nation there are differences in how protesters are treated, and he points to the recent takeover of the Michigan state capital.