'It doesn't define you': Tattoos go from taboo to widely accepted

Inking your skin is a common practice across cultures. Somehow it became taboo, but now they're becoming more widely accepted. 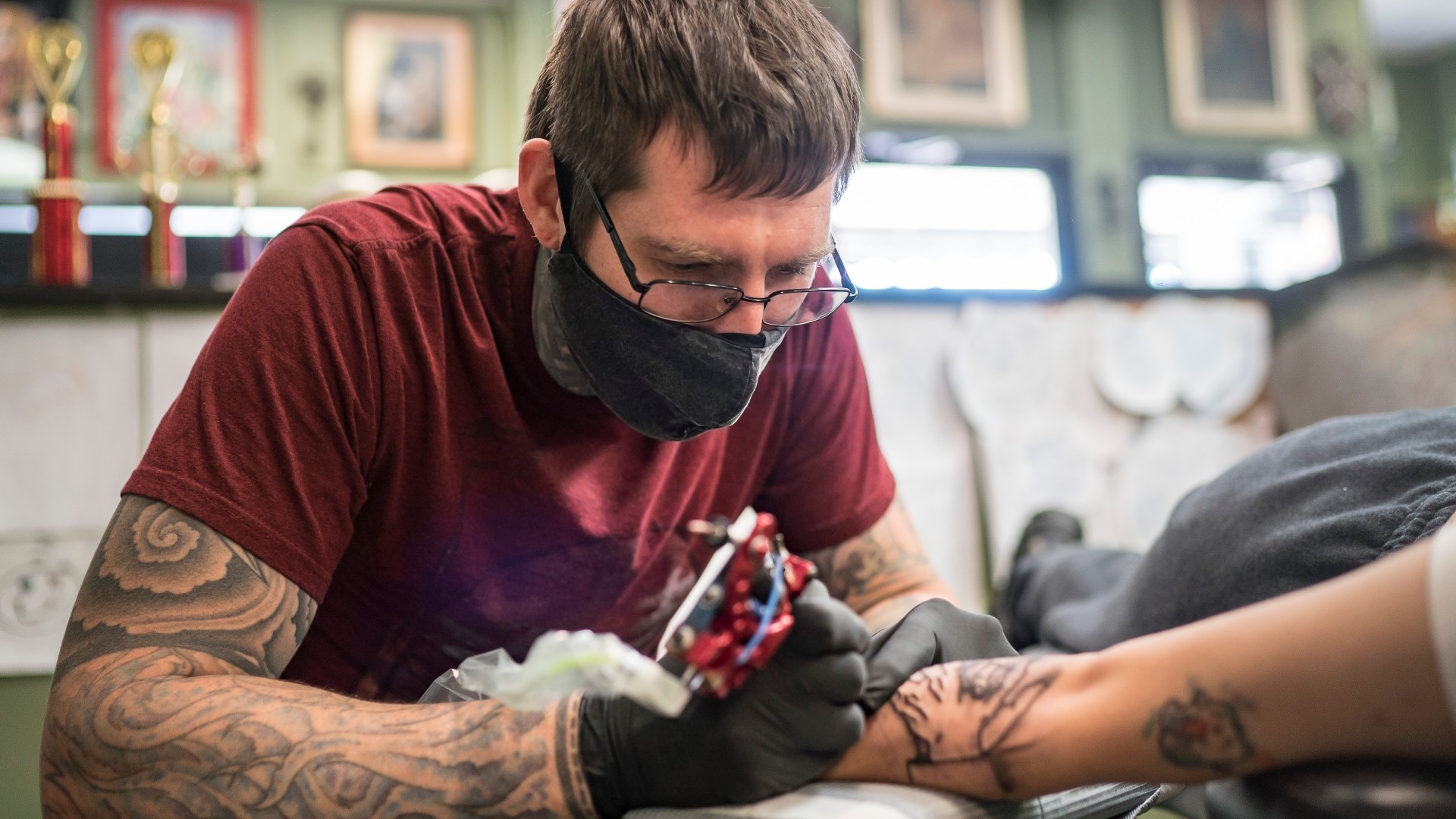 MACON, Ga. — In different parts of the world, tattoos can have religious, cultural, artistic and even medical meanings. Over the years, inking your skin took on a negative view.

Reports say more Americans have tattoos now than they did a decade ago.

For Tiffany Levenson, her tattoo symbolizes that she's a survivor of domestic abuse.

"I'm very proud to have this right here to show people that you can survive anything," Levenson said.

Her cousin, Taylor Thomas, got her first tattoo to commemorate her son.

"It's of my son's footprint, so I call it my son and star. It's got sun rays and clouds and then it's got his name down at the bottom," Thomas said.

Thomas grew up in a household that accepted tattoos, but she learned as an adult that some places wouldn't allow them.

"I had been taking my child to get pictures made and they just called me one day and said, 'Hey. We're hiring do you want to come in?' And I'm like, 'Yeah I'll come in.' And they said, 'You can't gave your tattoos shown.' I used to color my hair purple and stuff. You can't do that," she said.

Jordyn Durrough, the co-owner of Redemption Tattoo Parlor in downtown Macon, says professionals make up a lot of her clientele.

"You see a lot of law enforcement, first responders, EMTs coming in and getting full sleeves, but then you see professions like teachers and nurses coming and being more discreet with their placements," said Durrough.

The Georgia State Patrol recently changed its policy allowing troopers to wear their long-sleeve uniform year round, so they could hire people with tattoos below their elbow.

"With the tattoo change, people that are getting out of the military -- obviously not everyone that retires from the military have tattoos -- but a large majority does and those folks...some of those would make outstanding troopers," said tattoo artist, Christopher Nettle.

Nettle completed his tattoo apprenticeship in Japan and he studies the history of tattoos. He says tattoo origins date back to 6,000 years ago with Otzi the caveman.

Nettle says tattoos have different meanings in different cultures, but took on a negative perspective with religion during Western colonization.

Tattoos: From taboo to widely accepted

"Whenever a church would send groups over, they would try and stamp tattoos out of these savage barbarian cultures because they weren't Judeo-Christian. And then because sailors, dock hands, prostitutes, you know... it's the bottom hand of society and since they were the people coming back with tattoos, it very much was looked down upon from the higher-ups in Europe," he said.

Thomas says tattoos never stopped her from reaching her goals and believes they'll be more accepted in the future.

"I've got a bachelor's degree in psychology. I've had plenty of jobs. It doesn't define you as a person, you make yourself, not what you put on you," Thomas said.

Nettle served in the Army for 10 years and enlisted with tattoos. In 2015, he was forced out after their policy changed and didn't allow tattoos.

The policy has since changed back to allow tattoos, but he found his passion of being a tattoo artist instead.