MEMPHIS, Tenn. (localmemphis.com)- Swarms of secret service members could be found  inside one Memphis church as Vice President Mike Pence spoke to parishi... 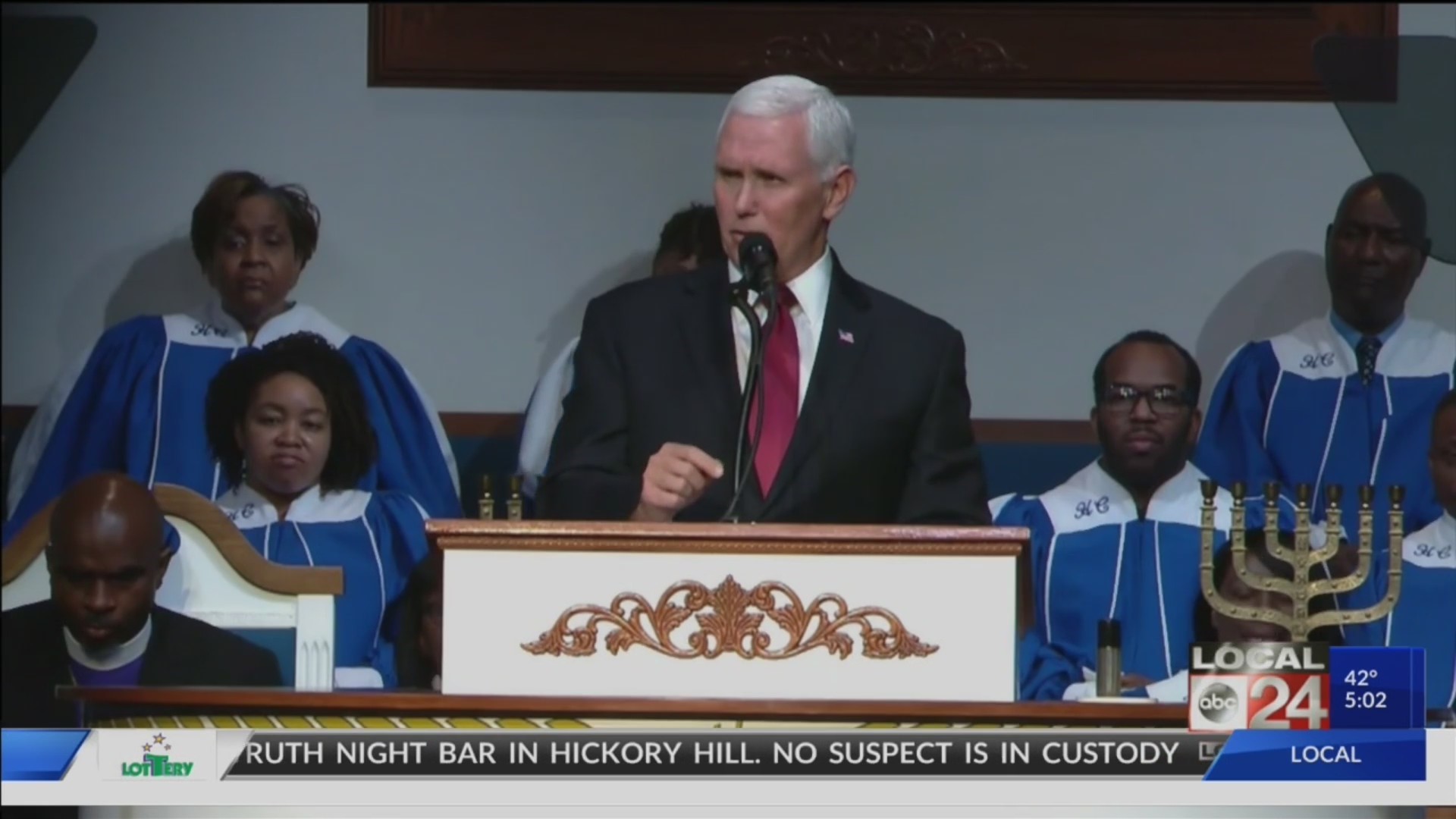 His last stop was in Raleigh, on its founding day, where he got a warm welcome from Holy City Church of God in Christ.

Some churchgoers say they were turned away as Memphis police blocked streets surrounding the church.

“As Dr. King once said,” said Vice President Mike Pence. “Life’s most persistent and urgent question is ‘what are you doing for others?'”

Pence who says Dr. Martin Luther King Jr. was one of his childhood heroes spoke to the congregation for about fifteen minutes.

“If we more faithfully follow the one that he followed,” Pence said. “We’ll see our way through these divided times.”

“We commemorate his life and legacy because he wasn’t simply the leader of a movement he was a great American leader in the tradition of every great leader,” said Pence.

“Under the leadership of President Trump we have created more than 8,700 opportunity zones including many here in Tennessee, bringing new investment and jobs to underserved communities,” said Mr. Pence.

Outside protesters shared that in their eyes, Pence’s motives in visting were shameful.

“They’re using Memphis as a photo-op to push a hateful, immoral agenda that is doing harm to this city,” said Hunter Demster of Indivisible Memphis, which calls itself a coalition of concerned citizens and organizations.
One parishioner inside disagreed.

“That was a good reception,” commented Taylor Pettigrew, after leaving the service. “My perception of Mike Pence is that he kind of don’t always stand behind some of the things that Trump does.”

Bishops at the church commented ahead of Pence’s speaking that the service was not meant to be political.