Most of the four-page document is blank, and the pieces of information on the document have previously been reported. 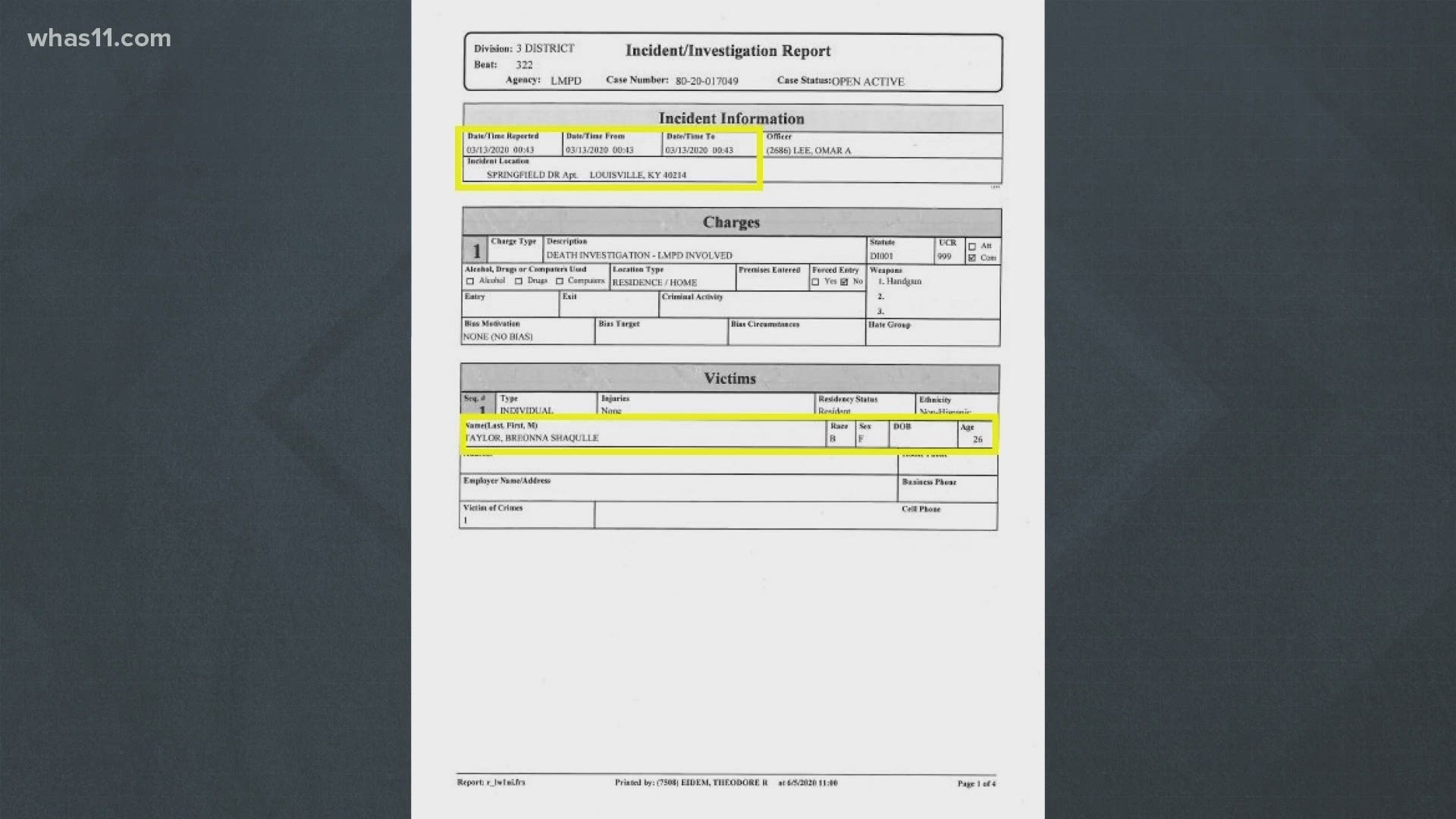 LOUISVILLE, Ky. — Louisville Metro Police released an incident report from the night Breonna Taylor was shot and killed by officers when they executed a no-knock search warrant at her home on March 13, 2020.

According to a spokesperson for the department, Alicia Smiley, there were several requests for the incident report, and rather than responding to each request, the report was sent to all media. In Smiley's e-mail to the media, which included a PDF of the report, she noted, "Pursuant to KRS 61.878(1)(a) the numerical street address, apartment number and DOBs have all been redacted as the release of this information constitutes an unwarranted invasion of personal privacy."

Most of the four-page document is blank, and the pieces of information on the document have previously been reported, such as Taylor's name and the names of the officers involved - Jon Mattingly, Myles Cosgrove and Brett Hankison.

We know Taylor died from eight gunshots fired by LMPD officers when they executed a no-knock search warrant, but the incident report appears to contain inaccuracies.

WHAS11 reached out to LMPD twice to address the information in those boxes. We have not received a response.

"It's a tremendous slap in the face to release something like this after three months that is so blatantly inaccurate. It's insulting," said Attorney Sam Aguiar, one of the attorneys representing Taylor's family.

RELATED: Everything that led to Louisville's Breonna Taylor protests

"When you read a document like this incident report and you see blatant misrepresentations that even suggest that Breonna Taylor wasn't hurt, that's injustice. That's an insult, and that's just LMPD's way of doing things the wrong way. And it needs to stop.It needs to stop now," Aguiar said.

On Twitter, Louisville Mayor Greg Fischer said the report was "unacceptable." The mayor also apologized to Taylor's family and the community for the "additional pain."