It’s time for the show to go on, Broadway shows return to Memphis after 575+ days 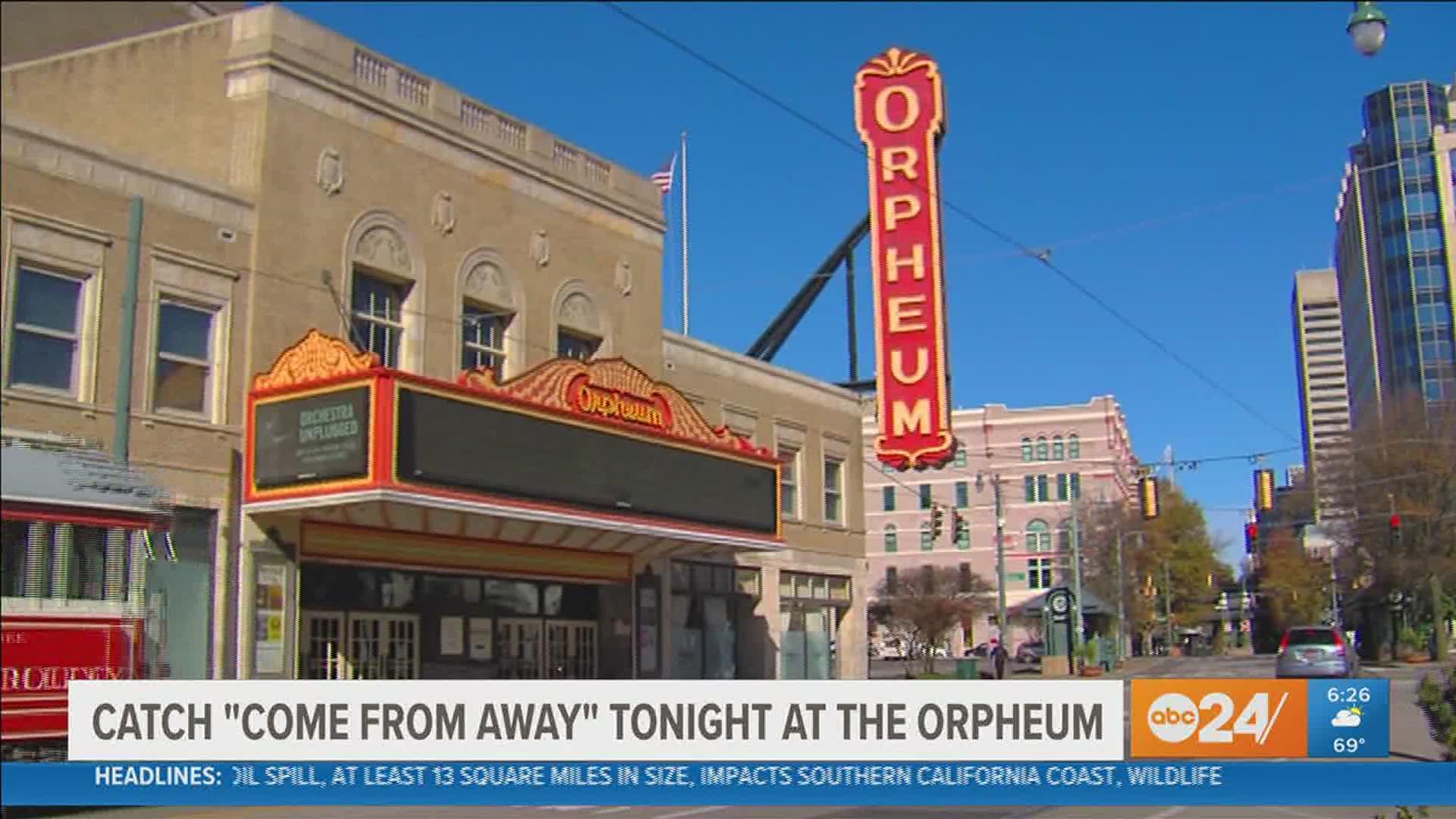 MEMPHIS, Tenn. — When asked how many days it has been since Orpheum Memphis hosted a Broadway production, President and CEO Brett Batterson didn’t hesitate.

Batterson isn’t the only one who was counting down for the return of Broadway at the historic Memphis theatre.

Come From Away will be the first show since the pandemic shuttered everything back in March of 2020.

“Come From Away is actually rescheduled from our 2019-2020 season so the ticket holders for this show, many of them have been holding their tickets for almost two years so we thank them very much,” Batterson said.

Come From Away tells the true story of what happened when 38 planes were ordered to land in a small Canadian town after the attacks of 9/11.

Batterson said changes have been made ahead of its opening night on Tuesday, Oct. 5.

He also said all air filters have been replaced, air purifiers have been added and they have increased the circulation of airflow inside the theatre.

Come From Away runs at Orpheum Memphis from Oct. 5 to Oct. 10. For ticket information, click here.

$20 rush tickets to Come From Away are available for teachers, students, military, and first responders for the following performances: