Hiring back jobs lost during the pandemic continues to be a struggle for local business as tourism begins to return. 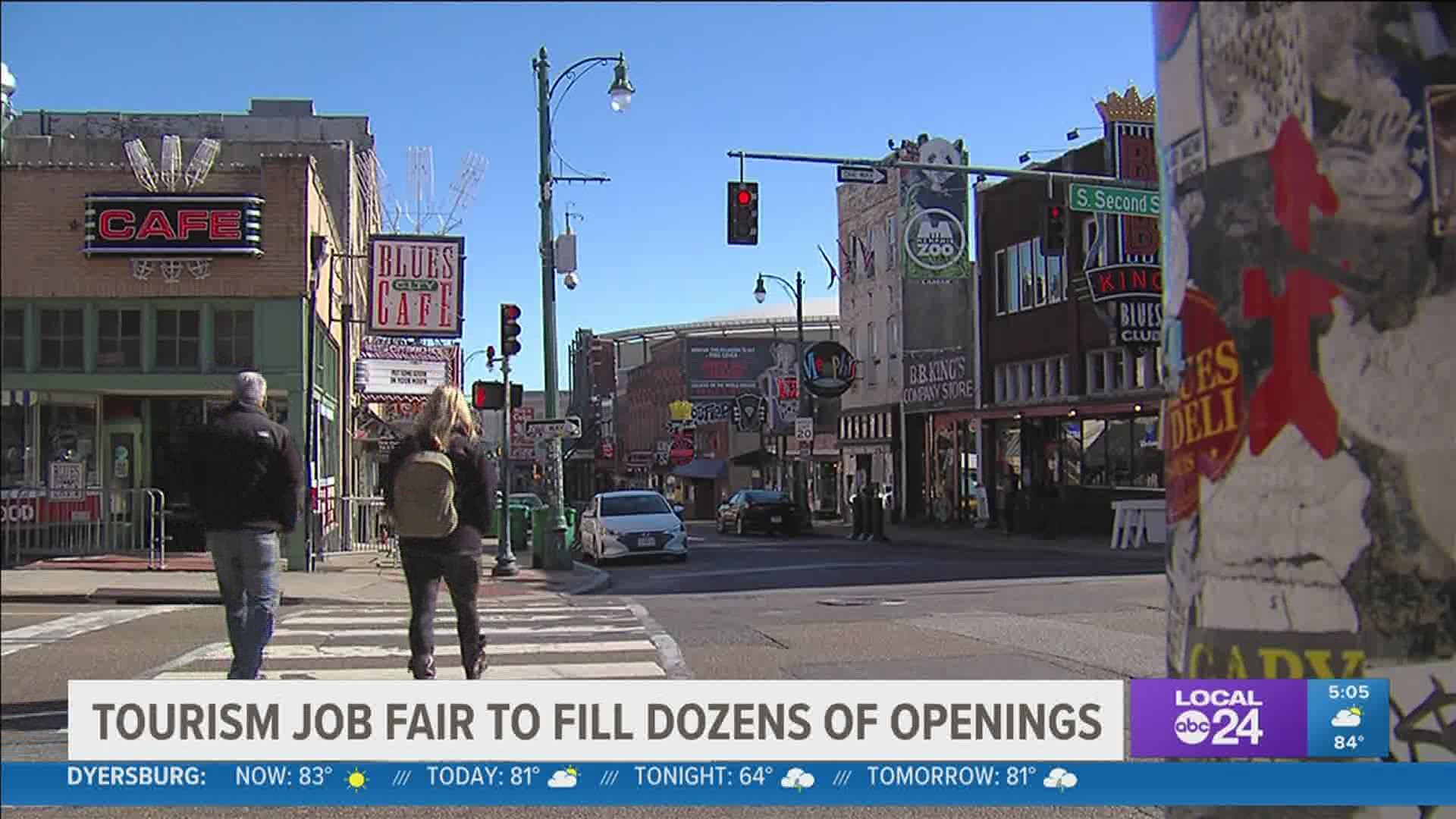 MEMPHIS, Tenn. — More than 40 tourism-related employers will be present at the Memphis Tourism job fair on Tuesday as they hope to entice job seekers.

The job fair will run from 10 a.m. to 2 p.m. on Tuesday at the newly renovated Renasant Convention Center in Downtown Memphis.

After coming to a standstill during the pandemic, the hospitality and tourism industries are looking to make a comeback but the challenge to hire back employees is ongoing.

Memphis Tourism President Kevin Kane said tourism is already beginning to return. He said hotel occupancies are up in Memphis 10% higher than the national average but being short staffed is holding some back.

“We’ve had hotels that could have sold out but had to stop short of selling all their rooms because they didn’t have enough staff to take care of the people that wanted to come there," Kane said. "It’s a challenge and it’s only going to continue until we fill those jobs.”

Employers listed for the job fair include: hotels, restaurants, attractions and tourism services.

The Central Station hotel, located in South Main, is one of the many employers looking to fill ongoing vacancies.

Nelson said they've felt the momentum building in reservations since March but not to the point where they've had to turn away business yet.

"Just looking at forward booking and the pace, it’s looking great. I think the fall especially is going to be jamming..," Nelson said. “It’s vital that we participate. We have lots of open positions and we’re ready to get to 100% employment.”

Nelson said they hope to entice employees with their job benefits and upward mobility opportunities.

Kane hopes tourism will rebound to the boom the city experienced pre-pandemic.

“2019 was one of our very best years," he said. "We had over 13 million visitors from literally all over the world that supported more than 50,000 jobs here in Memphis and Shelby Co. We lost over half of those jobs during the pandemic as our industry basically came to a standstill but we’re coming back and we’re coming back strong.”

Parking for the job fair will be free at the parking garage across the street from the Renasant Convention Center.

Renovations at the Renasant Convention Center are nearly complete as Memphis Tourism prepares to host a tourism job fair with 40 employers here on Tuesday. More on the struggle to hire employees on @LocalMemphis pic.twitter.com/OeFo6YgH9K 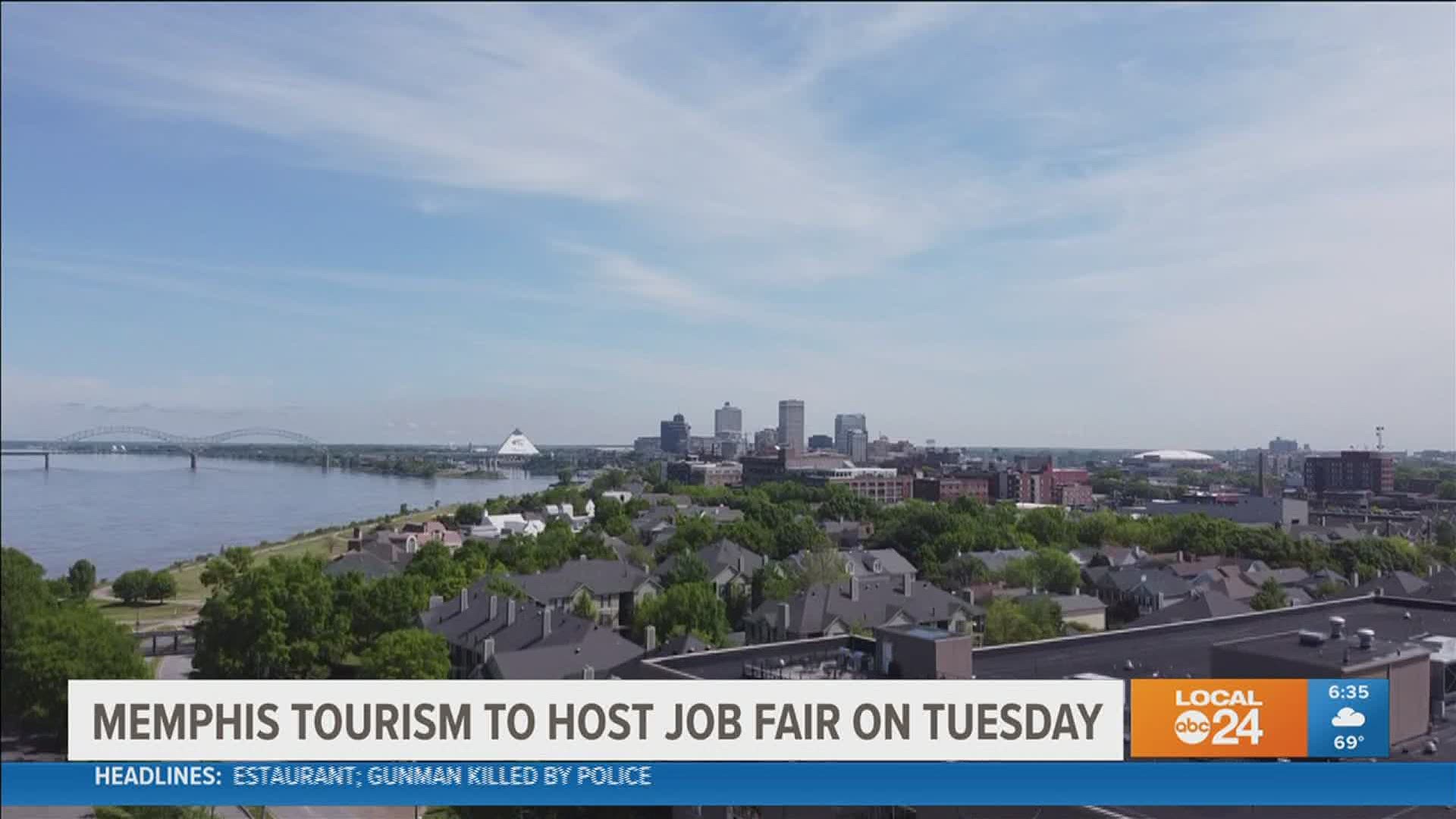