October has become the busiest month of the year for the Millington business. 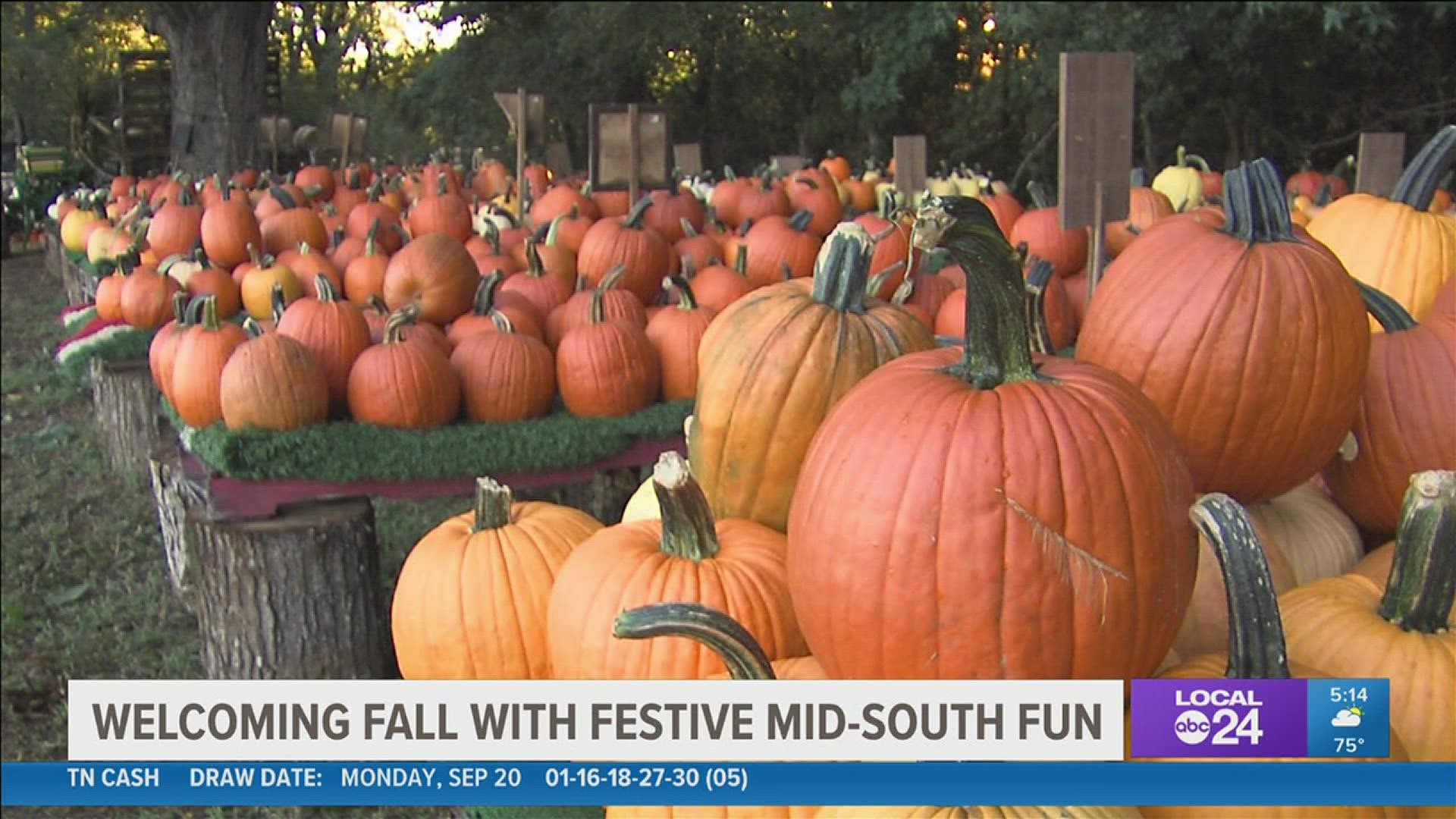 MILLINGTON, Tenn. — Say goodbye to summer and hello to cooler temperatures! Wednesday marks the first day of fall, and Jones Orchard is ready.

At their farmer's stand situated off of Singleton Pkwy in Millington, it already feels and looks a lot like fall. Pumpkins are stacked up in all different colors, sizes, and even textures for their busiest time of the year.

“October is our busiest month," Henry Jones said. "It was that way last year and we’re hoping it’ll be that way again this year.”

Jones said traditionally peaches were their biggest hit, but with the rise of fall fun activities they've introduced over the years, pumpkins are closing in.

“Peaches are our primary crop but pumpkins are really starting to dethrone the peaches," he said. "It’s really, really, busy in October."

He estimates they now have 25 to 30 varieties of pumpkins. People can already stop by the stand to buy pumpkins any day between 8 a.m. to 5 p.m. Right now, Jones Orchard is preparing to open its pumpkin patch, corn maze, and haunted attractions which will begin Oct. 1st.

It’s the first day of fall and there’s no better place to be than Jones Orchard this morning. We’re live 🎥 on @LocalMemphis pic.twitter.com/3rXASohbmg